The latest trailer of “

Jumanji / Next Level ”, a sequel to “ Jumanji / Welcome to Jungle ”, where a weak boy ’s high school student is taken into a mysterious game and becomes surviving as Dwayne Johnson , has been released. This time, Grandpa will be forced to survive in addition to the main characters of the previous work.

I woke up with a character in the game, Professor Sheldon “Sherrie” Oberon (act:

'Where is the jungle?'

The game is extremely confusing, saying “Everything is upgraded!”

The story goes back a bit. Eddie Gilpin (actor:

Danny DeVito ), the grandfather of the previous work, Spencer, goes to the entrance using a stair lift because of the inconvenience.

Enter the house and talk about 'Where is Spencer?'

And when three people go underground ...

There was a game about repairing.

3 people Judging that had Spencer is incorporated into the game again.

Touching the controller will spark.

How the old man who also felt something accident is at the top of the stairs.

Go into the game again.

Dr. Bravestone appears to be unable to read the situation.

'The character is different!'

The one who entered Dr. Bravestone, who said, “The joints are in good condition,” ...

'The game is buggy!'

Grando Milo, who is not familiar with the game, behaves like a death flag, saying, “This is a super-dangerous zone.

Some scenes suddenly fly to the snowy country.

Grandpa Eddie confirms herself for the first time at the car window.

“I have never seen that.”

'The color of the eyes has changed'

Press around the chest ...

Skills and weaknesses are displayed. Mylo Grandpa's skill in the game is 'language ability'.

On the other hand, the weaknesses of Fridge in the game are 'heat' 'sun' 'sand'

The story goes to the rescue of Spencer and Bethany.

“This stage is difficult to transcend”

There is also a flesh-ball battle scene between Ruby and Baboon.

There were horses and youth.

It seems like Spencer is in the character that says 'I'm helping with Bethany.'

A horse that makes a cry.

The four people are reunited safely (?).

The director and screenplay will continue from the previous work by Jake Kasdan and Jeff Pinkner . “Jumanji / Next Level” will be released in Japan on December 13, 2019.

In addition, reviews of previous work can be read from the following. 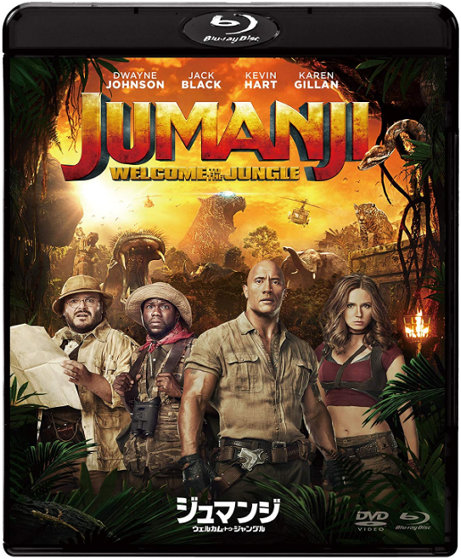