The brain turned out to be able to distinguish your favorite music within 0.3 seconds In the case of a song that has been heard many times, the name of the song may be immediately known in the intro, but according to the research team at University College London , “The human brain is only 0.1 to 0.3 seconds. I can recognize my favorite song. '

Your brain only needs 0.1 to 0.3 seconds to recognize a familiar song
https://www.zmescience.com/science/brain-song-recognition-9151432/

Humans can detect their favorite songs immediately, and many people have succeeded in guessing which song is playing in less than a second after the intro has flowed. So, a research team at University College London conducted an experiment to investigate how quickly the human brain responds to a favorite song for five men and women without hearing and neurological disorders.

The subjects listed five “favorite songs with personal feelings and positive emotions” and submitted them to the research team. After that, the research team resembled the elements of songs such as tempo, melody, harmony, vocals, and musical instruments similar to the “thoughts” that the subjects mentioned, but on the website such as YouTube Make full use of 5 songs per subject. The song selected by the research team was confirmed to be “whether the song is really unfamiliar to the subject” with the title and a sound source of about 15 seconds.

The research team then sat the subject in a dimly lit room where no external sound could be heard with the chin fixed. Two speakers were placed on the left and right of the subject at an angle of 30 degrees at a position 54 cm away, and music was played from the speakers. As for the music played in the experiment, 100 of each subject's “favorite songs” and “unfamiliar songs” were extracted as very short sound sources of less than 1 second each, randomly at intervals of 1 to 1.5 seconds It has been regenerated. The short sound source used in the experiment excludes the first and last silent parts of the song, and the same part of the song was used only once. As a result, it was found that it took only 0.1 to 0.3 seconds for the subject to hear the favorite song and recognize the song. Judging that the song was recognized was based on the rapid activation of the pupil and the activation of the cortex involved in the retrieval of memory, and it seems that there was a significant difference from the response to unfamiliar songs.

The research team also conducted a similar experiment with a control group that replied, “None of the songs heard by the main subjects”. The subjects in this control group were composed of international students whose English was not their mother tongue because they needed to know all the songs used in the study. Control subjects who were unfamiliar with all songs did not see cortical activation for rapid pupil enlargement or memory retrieval. “Our results show that recognition of familiar songs happens very quickly,” said the main author of the paper, Maria Chait , and favorite songs are deeply linked to people's memories. Pointed out. Many people think of music as just art, entertainment and hobbies, but research teams can treat different patients by understanding how the human brain recognizes favorite songs. Insist on being useful for intervention.

For example, people with dementia often have memory problems, but their memory of music may be well preserved, such as being able to sing songs that they once liked. In treating and supporting these patients, it is important to understand the relationship between music and the brain. 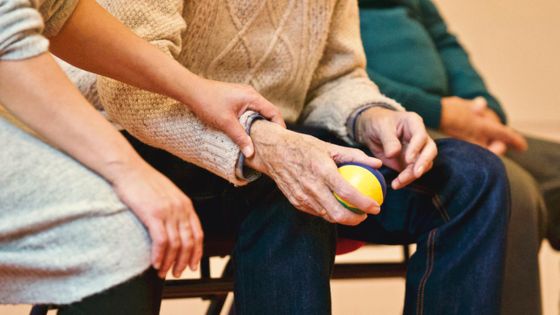