Samsung's first foldable smartphone 'Galaxy Fold' was an easy-to-use smartphone that had both a slim and large screen. 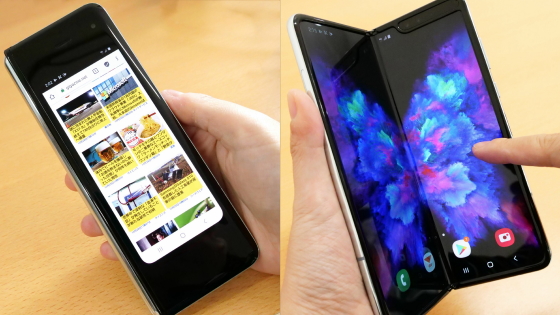 Galaxy Fold ' appeared on October 25, 2019 (Friday) after reviewing the design and postponing the release. 'The biggest innovation since the first mobile phone appeared,' Samsung says, I actually used it to see what kind of smartphone the Galaxy Fold is.

table of contents:
◆ Photo review
◆ I actually used it

You can see how you are browsing the web using 'Galaxy Fold' in the following movie.


◆ Photo review
Here is the folded state of the foldable smartphone 'Galaxy Fold'. It is slender compared to general smartphones and has a remote control-like shape like the 'GEM' announced in October 2019. On the right shoulder is the 'cover camera'. It is a 10 megapixel selfie camera. The color of the model reviewed this time was space silver, and the back side was glossy silver. 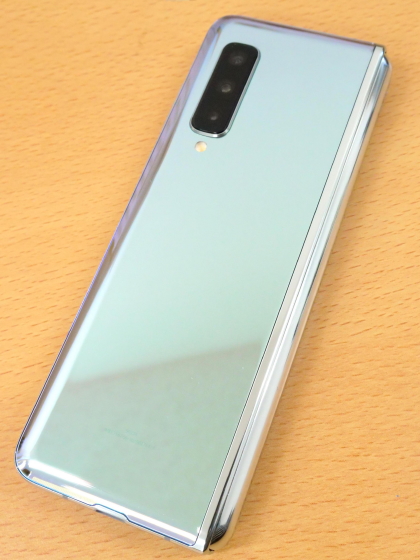 It is mirror-finished and looks so clear that it can be used as a substitute for a small mirror. The camera part was a little raised. Looking at the top of the terminal from the side, it was slightly slanted when folded, and there was a slight gap in the crease. There is a USB Type-C port on the bottom. Seen from the right side, it looks like this. The volume control button, power button, and fingerprint sensor are lined up in the upper row, and the SIM card slot is in the lower row. The word 'Galaxy' was engraved on the hinge part. The following movie seems to be fluttering Galaxy Fold. The folded state is maintained by a magnet, and it seems unlikely that it will be 'opened without permission in the bag'. It can be a little difficult to open with one hand.


When I opened the Galaxy Fold, it became more like a tablet than a smartphone. It looks like the central part is slightly bent, but it can be opened 180 degrees. 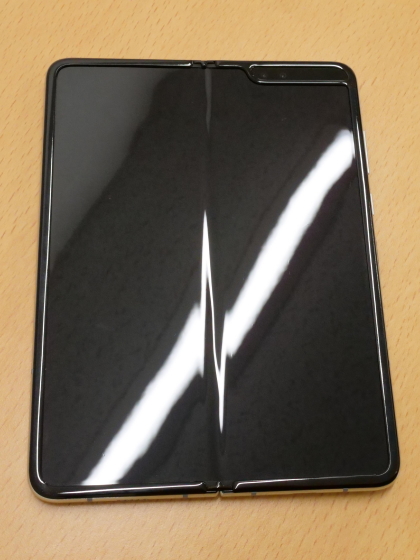 It also has a 10-megapixel selfie camera and an 8-megapixel RGB depth camera inside. If you look from the side, you can see that the hinge part is not visible. The thickest part is 7.6 mm, which is thinner than the iPhone 11 Pro, which is about 8 mm thick.

◆ I actually used it
The state of turning on the power is from the following movie. It took about 20 seconds to start.


The main display is about 7.3 inches of organic EL, and the resolution is 2152 x 1536. The central part, which is the crease, looks slightly wavy, but there was no problem with the operation or display. 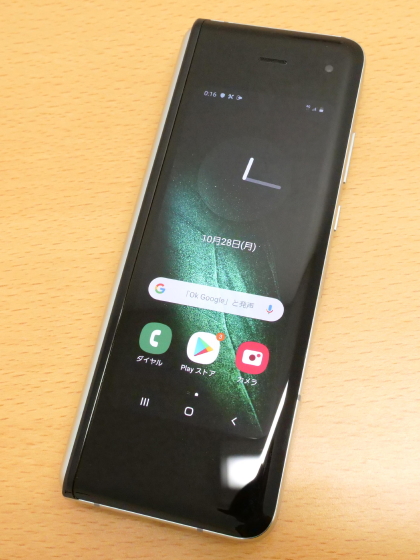 Even when folded, you can perform the same operations as a basic smartphone, such as camera and web browsing. It's slimmer than a smartphone, so it's easier to shoot with one hand. 
It looks like this when the main display is fully open. Since the camera part is not displayed, the upper part of the screen is shaped like a tab. It seemed that the light in the center part became stronger when the Galaxy Fold was opened a little, probably because the light of the display was reflected. 'Galaxy Fold' can be purchased at the au shop or au online shop , and the price at the time of writing the article was 245,520 yen excluding tax.