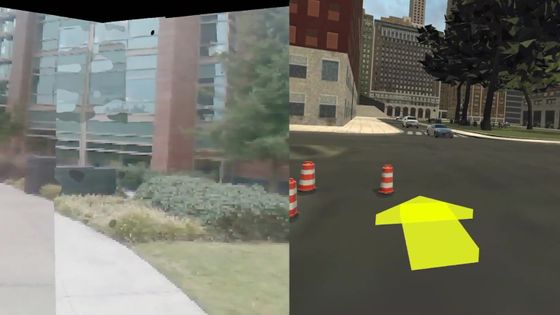 The state of using DreamWalker can be seen from the following movie.


At first glance, this man who seems to be a VR controller seems to be walking on the premises of the facility normally ... 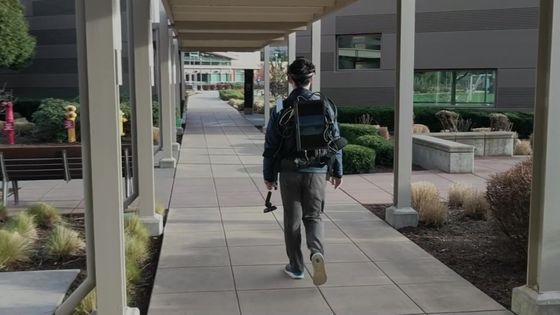 The man's view shows skyscrapers and crowds made of CG. 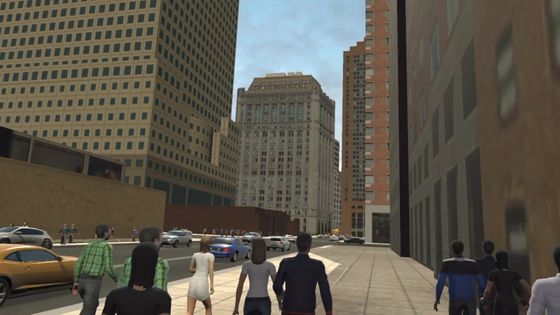 Directions are shown with yellow arrows, so you won't get lost or hit the wall even if you can't see the real world. 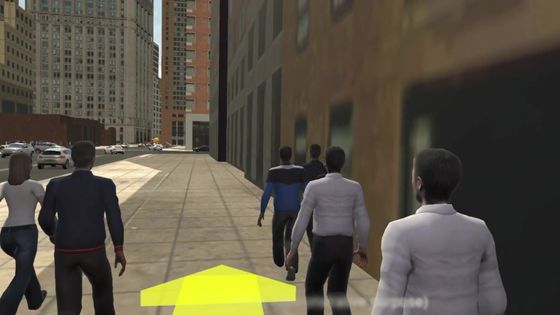 Looking at the male view from above, it looks like this. A traffic accident has occurred casually at the edge of the field of view, and you can see that the physics of the object is being performed aside from driving the car. 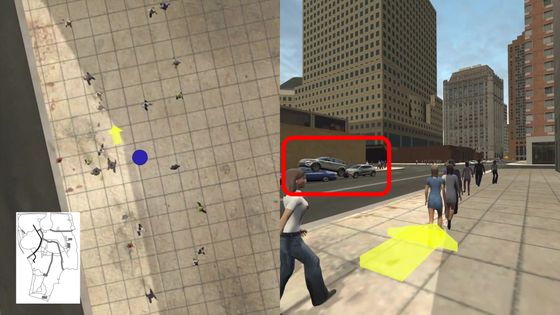 DreamWalker is realized by a backpack containing a VR headset, a smartphone with GPS function, and a PC. RGB-D cameras that can measure the depth. 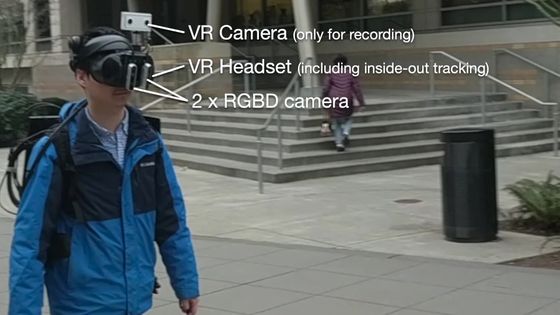 The process of synthesizing the real world and VR space is a three-step process. First, the video captured by a total of three cameras is converted to a 3D map with elevation differences. 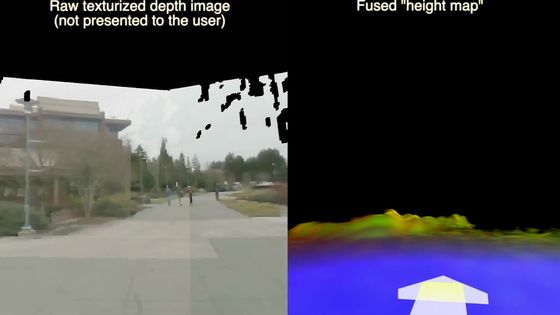 Next, based on the 3D map, distinguish where you can walk from what you ca n’t walk, and reflect it in the VR space. 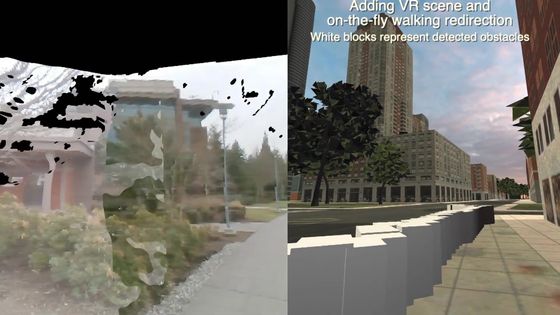 Finally, objects are placed to compensate for the small differences between the real world and VR space to ensure user safety. For example, if you see an unexpected path and you are not consistent with the VR space ... 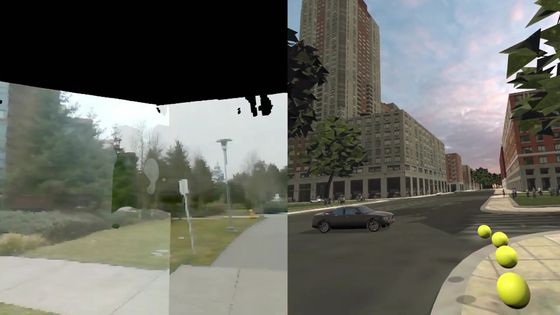 Corresponding to appear on the roadway. 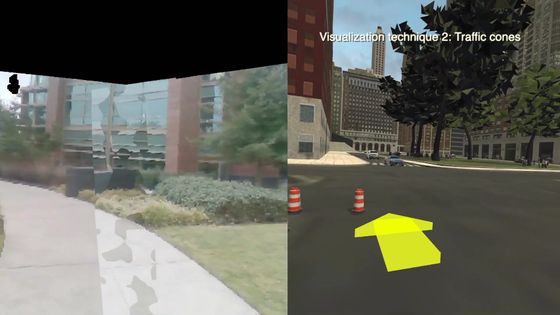 The hustle serves as a guide to show where you can walk. 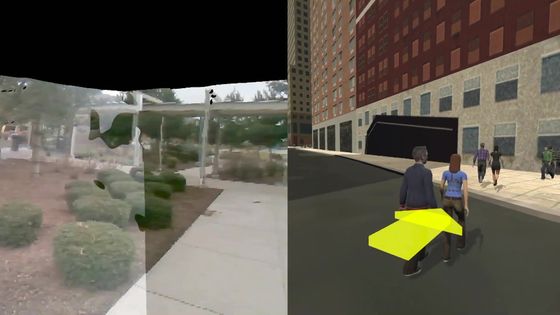 In the VR experience, cords that connect electronic devices have limited body movement, and in recent years there has been an increase in the number of

independent VR devices that can operate independently . However, in VR, most of the content is supposed to be played by the user in the same place, and there is almost no content that explores the VR space while actually moving around the real world. However, DreamWalker has the potential to bring innovation to various VR contents because it converts the real world into VR space in real time. 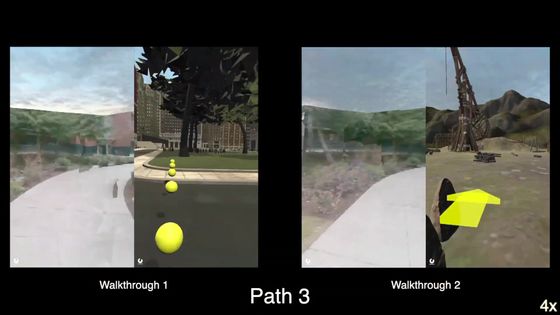