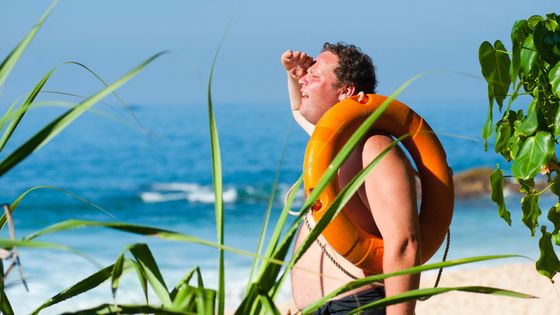 As global warming progresses, it is expected that the surface ice will rise due to the melting of polar ice and that the habitat of animals and plants will change. However, experts studying environmental issues argue that “the economic damage that global warming causes to cities in the tropics cannot be ignored”.

The population is increasing on the earth, and the development of urban areas where many people live is also progressing rapidly. At the time of writing, only 2% of urban areas accounted for land, but 55% of the total population still lives in urban areas, generating over 70% of total GDP, and a large amount of greenhouse gases. Is discharged. 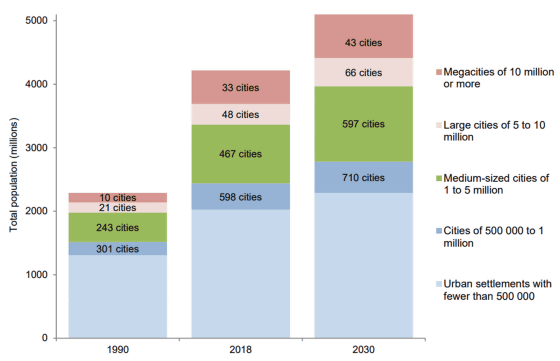 Taha Chaiechi and Silvia Tavares , lecturers at James Cook University in Australia, point out that 40% of the world's population lives in the tropics. In addition, in 2050, there are estimates that the ratio will reach 50%, and it seems that cities in the tropical region are expanding rapidly.

Such tropical cities tend to be hot and humid, but are expected to become hotter and humider than ever as global warming progresses. For example, Cairns , located in the northeastern part of Australia, is classified as a tropical monsoon climate , with the highest temperature exceeding 35 degrees for nine consecutive days from November 25 to December 3, 2018, four of which are 40 degrees. Exceeded.

Chaiechi and Tavares also installed a temperature sensor in the city of Cairns, comparing it to the highest temperature in Cairns, announced by the

Australian Bureau of Meteorology . Then, in the city, temperatures that were consistently higher than those announced by the Meteorological Bureau were measured, and some temperatures reached 45 degrees. In this way, higher temperatures in urban areas than in the suburbs are called the heat island phenomenon, and people living in urban areas are exposed to intense heat. The cause of the heat island phenomenon is the creation of surface artifacts due to urbanization, increased heat exhaust, high density, etc., and the linear layout of the city block the air flow and confine heat That. Until now, environmental problems and increased infectious diseases have been discussed as problems caused by global warming. However, Chaiechi and Tavares believe that the synergistic effects of climate change and the heat island phenomenon will have a major socio-economic impact in tropical urban areas.

The first problem that can be considered is the increase in the number of deaths and medical costs caused by heat stroke, etc., caused by heat waves that harm the health of outdoor workers. In addition, Chaiechi and Tavares point out that heat waves can also damage economic production.

Of was investigated for 28 countries in the Caribbean 2010

In addition, in a report published by Victoria in southeastern Australia (PDF file) , the heat from 2018 to 2019 resulted in a loss of A $ 103 million in the state's building sector (about 7.6 billion yen) It has been pointed out that In Melbourne , the capital city of Victoria, the average annual economic loss from heat waves is estimated to be 52.9 million Australian dollars (approximately 3.9 billion yen). Chaiechi and Tavares stated that high temperatures are causing serious economic damage, and that economic losses from heat waves will continue to increase in tropical cities.