Pocket Monster ” and “ UNDERTALE ” production team, appeared on Thursday, October 17, 2019. It seems that it is an RPG with a fantasy worldview that seems to be common at first glance, and a unique battle system like a card game that consumes costs and puts the hand in play has become a major feature, and it is profoundly forced to fight more than imagined It was a game.

The opening movie starts immediately after the game starts. Red-haired boy peeking out of the tree is the main character `` Pickel '' Hiding in the trees is because they are looking for opportunities to sneak into the castle. Pickaxe, who usually works as a coal mine worker with a longing for the outside world, wakes up with mysterious power after picking up a strange red stone at the end of his work ... The early story is to gain the power to fight against 'mamono' that came suddenly from somewhere. The story is like a fantasy royal road, but the unique battle system that combines a card game and a command battle is an interesting place for “Little Town Hero”. The mokomoko icon floating around the ice ax is like an idea of a technique called 'Whwat'. You ca n’t attack your opponent in the “Whwat” state ... Consumes the “Kiriyoku” displayed in the red frame and changes it to a state where you can attack “Whwat”. In the image below, when “2” is consumed, the “Wait” will change. What is called “Gachit” in the red frame is the one that consumes “Kiryok” and changes it to a state where “Whwat” can be attacked. That ’s why you ’re ready to attack. It is a battle system in which you fight against your own gusset and enemy gusset. 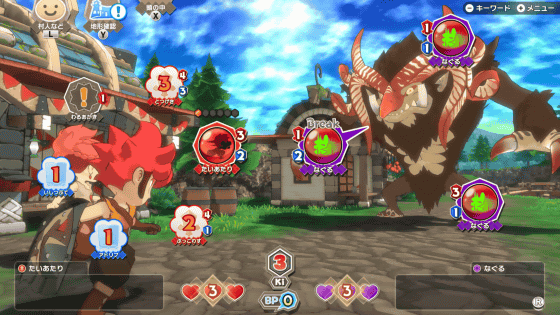 “Gachit” has both attack and durability, and can reduce the opponent's durability by the amount of attack. Gachit with 0 durability will be broken and disappear. In order to defeat the enemy, you must first destroy the enemy's gachit. There are three types of gussets: “red”, “yellow” and “blue”. The battle proceeds in a turn-based manner, and the red gusset can only be used once per turn even if the durability remains.

Yellow gussets can be used any number of times as long as they are durable. You can use red and yellow gussets by colliding with enemy gussets, but you can use blue gussets at any time, rather than hitting enemy gussets. Gachit not only attacks enemies, but also has special effects such as “to increase the durability of all gachits by 1” and “to reduce the consumption cost of Watts to 0”, so it needs to be used according to the battle situation. When the gusset breaks and decreases, the watts are replenished. What kind of watts are replenished is random, and it feels like a card is drawn from the deck. If you press the “X” button during the battle, you can see what watts are candidates for replacement. The red frame is the watt on hand. Break all your opponent's gussets or turn them off. 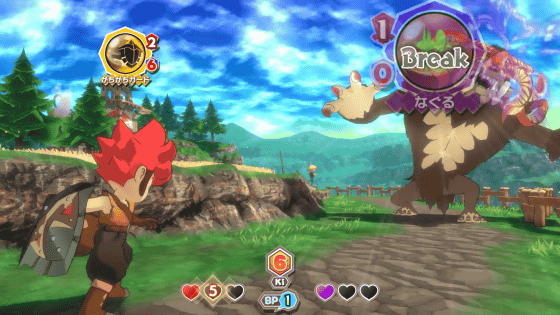 If the red gusset remains at the end of the turn, you can attack the enemy directly. The heart at the bottom of the screen is like each other's physical strength. Regardless of the attack power of Red Gachit, only one enemy heart can be reduced with a single direct attack. Depending on the field, there are things like help characters and help items, which can make the battle situation more advantageous. You can check the actual fighting in the following movie. This is a battle system that takes a little time to understand, but there is no problem because the early tutorials are solid.


If you defeat the enemy, you can get 'Flounder'. 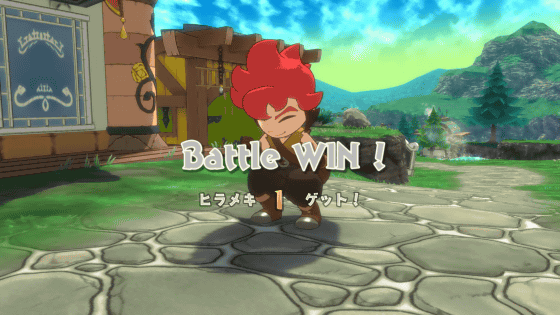 You can increase the power of Gachit in the skill tree if you use flounder. Because battles occur in the form of events in the story, there was no concept of level-up, and it was impossible to level up by equipping equipment and defeating many wild mamonos. The story progresses by completing the “Main Quest”. The main quest progresses by talking to the person who has a red balloon over the head. 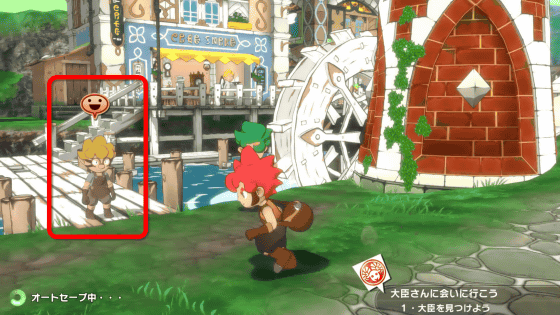 “Subquests” that are not related to the progress of the story are displayed in blue balloons. If you clear the subquest, you will get benefits such as increasing the number of help characters in the battle field and promoting the battle. The story of the game progresses quickly with a simple content, but the battle with the enemy is not straightforward, and efficiently considering the future development based on the consumption of Kiryoku, the durability of Gachit, the way of the opponent I need to fight. In RPG, it is a difficult battle format for the editorial staff who raises the level and pushes the enemy down. It takes 30 minutes to defeat the first boss, and the next boss cannot be defeated even if it takes one hour. It may be a game for those who are looking forward to defeating strong enemies at low levels with RPG. It seems that you can't change the level of difficulty, so it's a very responsive game where you have to try and find the way to win.

'Little Town Hero' can be downloaded and purchased at Nintendo Switch for 2750 yen (tax included).