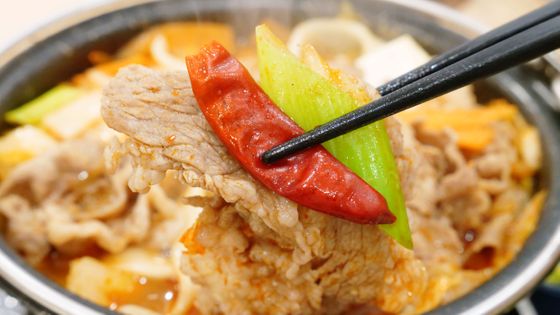 Chen Kenichi . I went to the Yoshinoya in fact that a hot pot with a mixture of 3 soy sauces and 7 spices can be eaten hot.

The 15th anniversary commemorating the 120th Anniversary “The Ultimate Nabe” will be delivered to the Yoshinoya, “Ushi-Suki Nabe-en”, which tastes the deliciousness of the beef, and “Maki Beef Nabe-en”, supervised by Tetsujin Chen, China Sales start from the day
(PDF file) https://www.yoshinoya.com/wp-content/uploads/2019/10/15122313/news20191015.pdf

Arrived at the Yoshinoya. 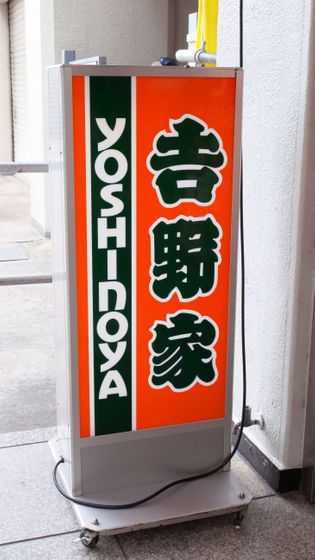 There was a banner at the store that appealed the new menu. “Beef suki-nabe” is a new menu, but it is also a classic winter menu since 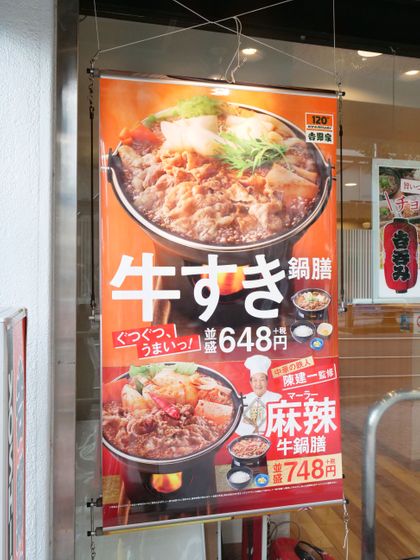 This time, we will order “Maya Beef Nabe”, a new product limited to the season and supervised by culinary researcher Kenichi Chen, who is famous as “Chinese Tetsujin”. The cover of the menu is also decorated with beef suki-nabe 膳 and mapo beef casserole. The Yoshinoya, founded in Meiji 32, celebrated its 120th anniversary in 2019, and the beef suki nabe and maki beef nabe are special products of “beef” that will conclude the 120th anniversary. 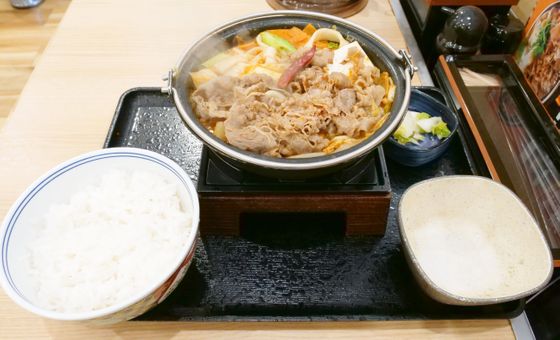 This is the mapo beef pot. Red chili is on top of the rich beef, and it is appealing from the appearance. Strong scents such as grooms and cloves drifted from the time they were carried. Because it is provided in a state heated with solid fuel, the hotter the steam rises. The soup is boiled and boiled. Let ’s start with the soup. It is called “maki”, but the hot pepper is strong and the numbness of the groom is not strong. There are 3 soy sauces (bean plate soy sauce, mapo soy sauce, salmon) and 7 spices (flower candy, chili, goka powder, cloves, star anise, black pepper, cumin), etc. You can feel the complex taste that is mixed. On the other hand, the soup has a very refreshing “spicy vegetable soup” taste with almost no meat taste. 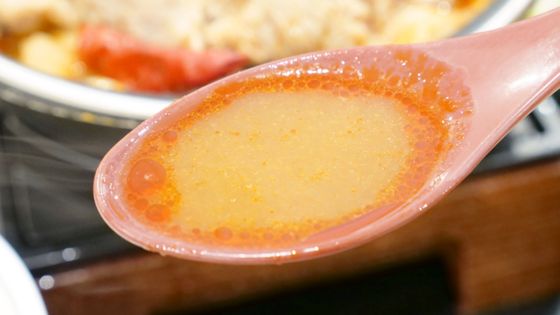 When I tried to eat meat and other ingredients, the flavor of the bridegroom spread as soon as I put it in my mouth. As the overall seasoning is light, the meat fat is thin. The whole red pepper is hard, and it seems that it is not supposed to be eaten for flavoring. 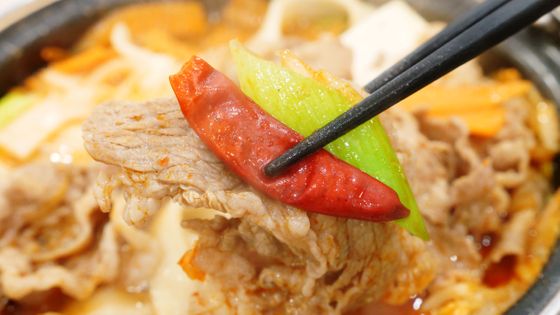 In addition to beef, onions, onions, carrots and tofu, flat noodles like kishimen are included. Hard enough to feel firm, and can be eaten with mapo soup. 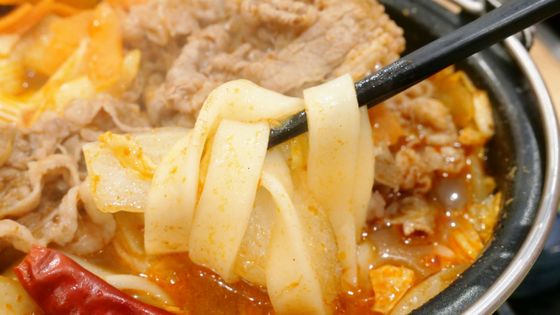 The aftertaste is a hot chili that feels hot in the mouth, and the numbness of the groom is weak. Eating rice will relieve the spiciness, and you will be able to enjoy the mapo beef pot again. 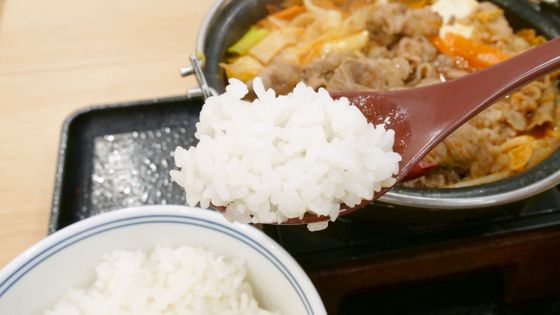 “Maya Beef Nabe-don” can be eaten for a limited time from 15th October 2019 at Yoshinoya nationwide except for some stores.