Is ant listening to music while studying? 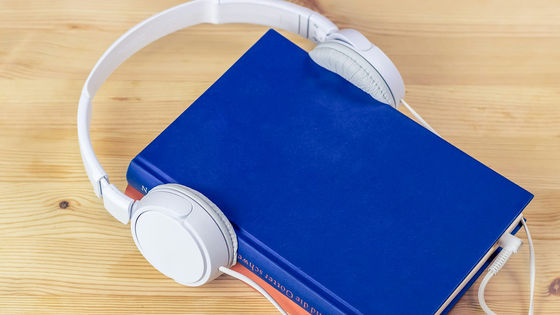 When studying or working, there are many people who use BGM. On the other hand, there is an opinion that 'Study while listening to music cannot concentrate, and sufficient effect cannot be obtained'. Timothy Byron, a psychologist at the University of Wollongong, explains the question 'Is there a problem with listening to BGM while studying?'

Curious Kids: is it OK to listen to music while studying?

The theory that “When you listen to Mozart's songs, your mathematics skills improve and your grades go up” was advocated, and the research result that confirmed this theory (PDF file) was published in 1993. According to the report, although it was confirmed that listening to Mozart's songs and improving their performance were recognized, their mathematics skills were not improved, 'I just relaxed listening to music. ' I came to the conclusion.

In a research paper published in 2006, children aged 10 and 11 listened to Mozart's songs and Britpop band's Blur songs and conducted a test on cognitive ability. It turns out that when he listened to Blur's song, he recorded a higher score than the thin Mozal song. In the same study, the research team named the effect “Blur effect” because it led to the result that “the learner enjoys music and improved cognitive ability”. According to Byron, when people study, they keep information in the brain, the working memory. A 1989

However, in a study conducted in 2017, it was concluded that “the more the working memory capacity of a learner is, the more efficient it is when working while listening to BGM”.

In a study published in 2011, we focused on “what kind of music are you listening to” rather than “whether you are listening to music” and investigated the relationship between music content and performance. As a result, it turned out that the performance declined when listening to loud music with a fast tempo . Based on these research results, Mr. Byron stated that he needs to pay attention to the following four points while arguing that listening to music while studying is probably not a problem .
・ Relaxing with music
・ The music tempo is not too fast and not too big.
・ Hip hop that has few vocal parts and puts words on beats is particularly weak.
・ Your personality is not introverted