Succeeded in planting `` memory of fake songs '' in birds A research team from Southwestern University in the United States successfully manipulated the neuronal activity of the brain to teach birds the “length of a syllable of a song”.

Inception of memories that guide vocal learning in the songbird | Science
https://science.sciencemag.org/content/366/6461/83

The small bird of the same family as the butterfly called Zebra finch was used for the experiment. Zebra finch is characterized by learning how to sing by listening to adults such as parents. 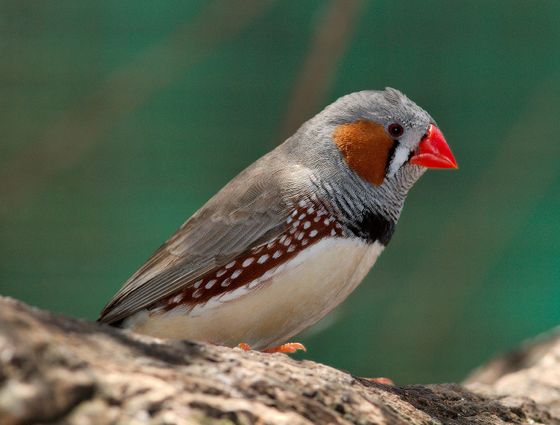 The team, through experiments, blocked the interaction between neurons in the brain area associated with two types of “songs”,

Nucleus Interfacialis (NIf) and high Vocal Center (HVC), which are inherent in the zebra finch brain. The blocked zebra finch was able to sing by individuals who had already learned the song, but individuals who had never heard of an adult bird were unable to learn the song. Through this experiment, the research team identified the brain area that governs the length of the syllables in the song.

Using this result, the research team is the interaction between the NIf and HVC light genetics is controlled by (opt Genetics), the 'length of the song of the syllable' in the zebra finch never heard the song of the adult birds I succeeded in the experiment of teaching. 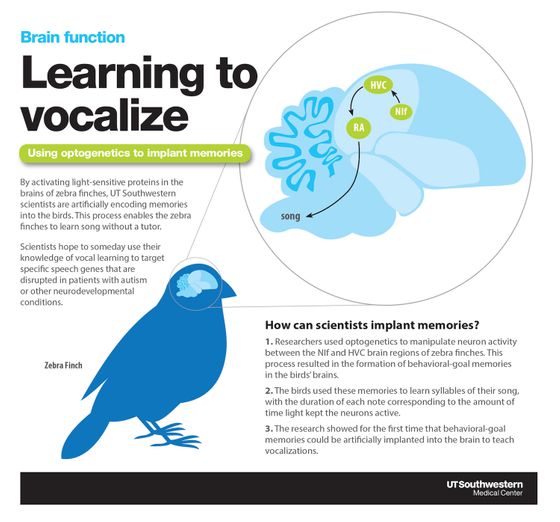 Dr. Todd Roberts, who led the experiment, commented, “I didn't teach all the knowledge necessary for a zebra finch to sing.” In order to sing a proper song, it is necessary to teach the pitch and order of the songs. The research team says that this discovery will be useful in future research on speech learning and language development in the human brain.