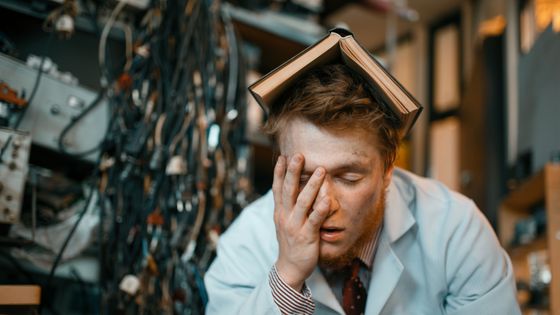 A research result was announced that researchers who experienced “failures” were more likely to succeed in the future because papers published early in their careers did not receive a great response.

A research team at Northwestern University in the United States has reported that the NIH score, which determines whether or not to apply for research submitted to the National Institutes of Health (NIH) R01 grant from 1990 to 2005, is set to the threshold. Authors of studies grouped into two groups of follow-up, two studies: study that was slightly below the grant, and study that was subsidized slightly above the threshold However, it was investigated whether it succeeded after that.

“Success” in this study was defined by “how many papers were published” and “how many citations the paper got” for 10 years after applying for the R01 grant. Research revealed that researchers who did not receive grants were 6.1% more likely to publish hit articles in 10 years than those who received grants. The research team noted that the percentage of researchers who could not receive grants skipped hit papers was high. “As a result of failing to receive grants, incompetent researchers quit and only capable researchers remained. I made the hypothesis. Examining this hypothesis, the group that did not actually receive the grant had a 10% higher turnover rate, but that alone did not provide sufficient explanation for the great success in the second half of the career. .

Dashun Wang, a member of the research team, said, “Failure is worth it,” said, “We are doing a similar study with an expanded scope, but researchers in other fields are also “We are gathering evidence to prove that failed researchers will succeed in the future.”