The cause of macOS not starting was Chrome 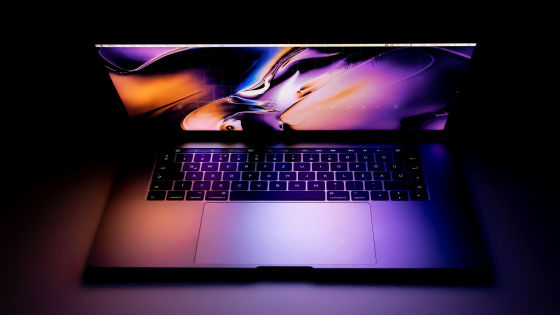 A bug that mysterious data corruption occurred on macOS and it could not be restarted was reported on September 23, 2019 local time. Initially, the cause seemed to be malware, but a Google employee post found that the cause was an update to Google Chrome. 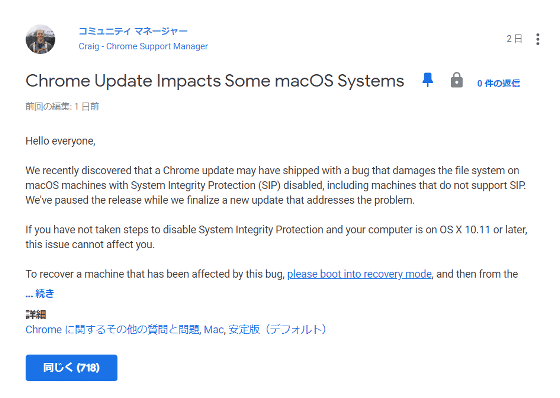 On Monday, September 23, 2019, overseas news media Variety reported that 'mysterious data corruption has occurred among Mac Pro users.' According to Variety, among the movie industry who used movie editing software called `` Avid Media Composer '' on Mac, the symptom that `` Mac crashes slowly and can not be launched again '' has been reported, Said he was calling 'Do not shut down your Mac'.

Initially, this was thought to be caused by malware. However, a Google employee posted to Google Chrome Help saying 'Chrome updates are affecting macOS', which revealed that the cause was Chrome, not malware. It was Google Keystone version 1.2.13.75 that prevented Macs from restarting, and Chrome was used on Macs that met several criteria, such as 'Mac protection feature ' System Integrity Protection ' has been disabled.' When the latest version of is installed, problems occur and Mac system files are damaged. 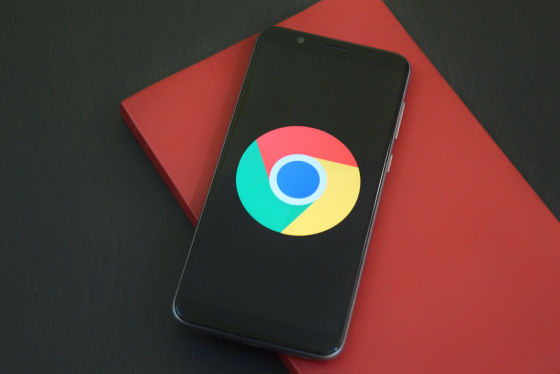 System integrity protection is a security technology adopted by OS X El Capitan and later that protects data from malicious software that attempts to tamper with protected files and folders on the Mac. Bugs that exist in the latest version of Chrome try to fix system files, so Macs usually try to prevent them, but if protection is disabled, the system is fixed in the form of 'do not restart' That's it.

The Google employee who made the post said, “This makes it impossible to launch a new UI app,” “fails to decipher the host name of a program that is always running,” and “fails to restart.” It will be in a stable state. ” Many Avid Media Composer users reported damage because Avid Media Composer had to disable system integrity protection when using graphics cards.

To restore an unbootable Mac, start up the Mac in recovery mode , open a terminal window, enter the following command, and restart.