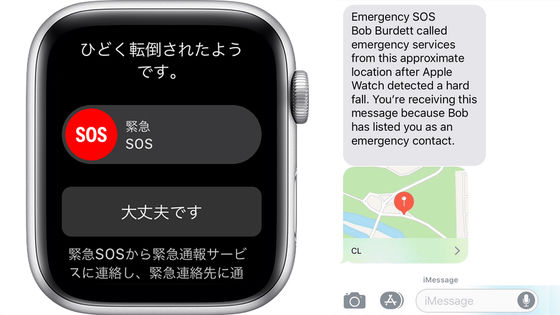 Gave Burdett reported a new case where the fall detection feature saved the life crisis. He posted on his Facebook account that he was able to get immediate help thanks to his Apple Watch when his father fell and was injured.

“Last Sunday, I had promised to ride a mountain bike with my father in Riverside State Park, but my father's Apple Watch received the text“ I detected a terrible fall. ” The place was not so far from the meeting place with my father, I went straight there, but there was no father there, and then a new notice came from Apple Watch that my father's whereabouts On the map, I noticed that I had changed to a hospital, and my father fell down from his motorcycle, hit his head and lost consciousness until he was put in an ambulance.Apple Watch contacted the emergency call service on the spot. The ambulance team took me to the hospital within 30 minutes after my father fell down, and the fire department took my father's bicycle to the station, when my brother received the second notice. Because I was heading to the hospital side, I was able to join immediately.My father cleared X-ray and CT scans and is a little bit painful.He who owns Apple Watch detects fall You can set the function, which does not detect only when you fall from the roof or ladder.Even if you cause a car accident on a path, Apple Watch can detect the location, so emergency teams can easily ”This is a great technique and I am very happy that my father is wearing this.”

Apple Watch saved Mr. Burdett's father. The screen appears to have been smashed against the ground during a fall. Mr. Burdett's father is injured as if he hit his head hard. 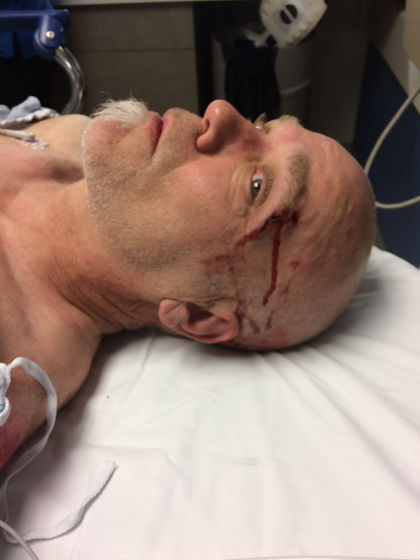 The notice that arrived on Mr. Burdett's smartphone is as follows. The fact that the father fell and the place where he fell are shown on the map with a pin. 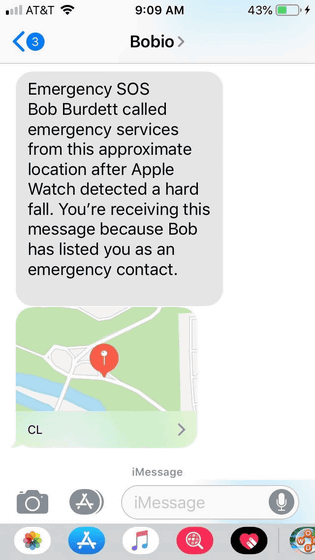 The fall detection function that is available in Apple Watch Series 4 or later is turned on by default for users over 65 years old, but anyone can easily turn on from the iPhone Watch application It is also.

The fall detection function of Apple Watch is summarized on the following page. According to this page, if no action is recognized for 1 minute after the wearer's fall is detected, the emergency call service will be automatically notified. In addition, after the report, a message will be sent to the person registered by the wearer as an emergency contact with the location information of the fall. 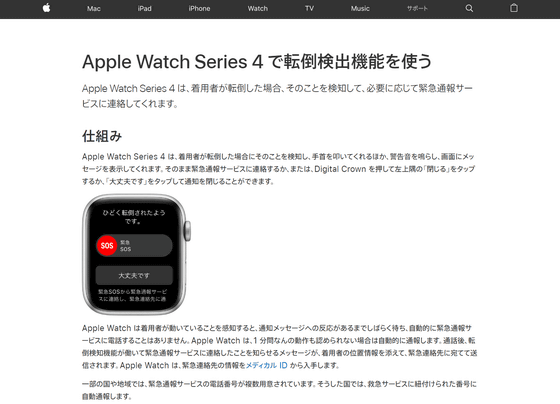