A professional photographer defeats the iPhone 11 Pro camera and reviews 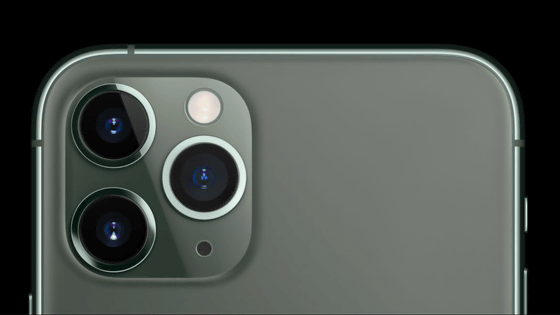 Austin Man , a professional photographer, uses the iPhone 11 Pro , a top model of the iPhone 11, equipped with a triple camera to take a variety of photos and evaluate its camera performance.

Mann said that the ultra-wide-angle lens with a focal length of 13 mm, the “night mode” shooting mode specializing in night-time shooting, and the iOS 13 photo management and editing tools are the interesting points of the iPhone 11 Pro. It ’s my favorite.

Here is a photo taken with an ultra-wide-angle lens. Mr. Mann cited indoor shooting and outdoor shooting in the evening, as the iPhone 11 Pro ’s ultra-wide-angle lens differs from other cameras.

Mr. Mann said that people who shoot with iPhone often ask `` How can I take good pictures in dark places '', and using the iPhone 11 Pro's night mode will answer the question The Because it is adjusted automatically, it is easy to use and anyone can easily shoot in dark places.

Here is a photo taken in Guilin at dusk. Apple's iPhone 11 Pro night mode is strategically balanced, solving technical problems and deeply digging into artistic expressions. Looking at the photos taken in Guilin, Apple is not taking the approach of making the photos look like dawn, but `` how to capture photos in a beautiful atmosphere '' is considered, and the night itself is comprehensive Mr. Mann says he feels.

In order to test the smart HDR of the iPhone 11 Pro, Man took a selfie on the plane. The following picture is taken with the front TrueDepth camera, and the exposure is set as low as possible. Smart HDR adopts 'Semantic Rendering', and when shooting, the software separates the skin, eyes and teeth and maintains the appropriate texture and contrast, judging from the above picture , Color balance, skin tone, edges were preserved accurately and seemed to work pretty well.

The photo below shows a live preview of the outside of the frame, where the former black color has become translucent and can be seen through. You can turn off the live preview from the camera settings.

The iPhone 11 Pro is better than the previous iPhone, but “Is it worthy to be called a Pro?” Mr. Mann wonders. For Man, Pro is a gear that meets the needs of demanding professionals, turning on and off the image stabilization function as needed, selecting button assignments for burst mode and video capture, and shuttering in night mode. He says he needs to be able to control the speed manually and control the details of the camera.

The iPhone 11 also has a great camera, which is a major upgrade from the iPhone XS in many ways. But the biggest drawback of the iPhone 11 is that it doesn't have a telephoto lens, and Mann says that anyone who likes telephoto should upgrade to the iPhone 11 Pro.