Considering the fact that the legend that

Inuit , an indigenous inhabitant in the snowy area, made a knife and cut meat with their own poo, has long been unverified, anthropologists said, “ I tried to stretch my body, 'Can I cut with my knife?' The results of this research are published as a paper.

Anthropologist Wade Davis recorded a record in 1998 in a book called `` Shadows in the Sun '' that `` Inuit men defecate outside the igloo , sprinkled saliva on the stool, sharpened and made a knife '' I left it. According to the records, the man killed the dog with a manure knife and made a sled with his rib cage and a dog brace with his skin and disappeared into the darkness.

Davis explains that this anecdote is “a story heard from the grandson of a mysterious man” and admits that it lacks the correctness as an information source. However, at the same time as Mr. Davis, explorer Peter Freuchen left a similar anecdote.

Anthropologist Maytin Ellen, who specializes in “experimental archeology”, was one of those who became interested in anthropology because he heard the anecdote of “manufactured knife”. “Every tool that has existed in the past 3 million years can be reproduced in the lab,” says Ellen, who, in the latest research, decided to create this manure knife.

Ellen and colleague Michelle Bebber decided that they wouldn't put a burden on students when doing research, and decided to make a knife using their own flights. Ellen continued to eat cows, turkeys, salmon, perch , meatballs, sausages, salami, eggs, etc. for a typical Arctic meal `` meat rich in meat and fat '' for 8 days .

On the other hand, Mr. Bebber continued Western meals such as yogurt, lentils, rice, cheeseburger, bagels, cream cheese, spaghetti for control experiments. And they collected the stool at the time of defecation and frozen it. 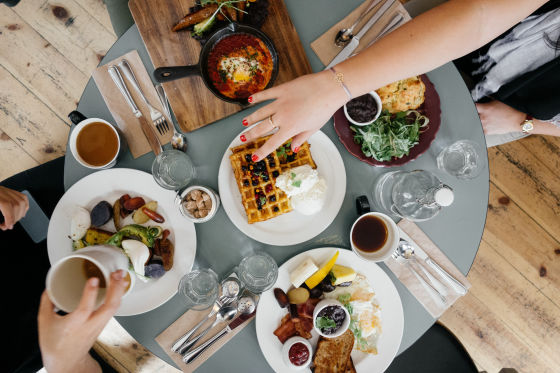 Regarding this preparation period, Ellen said, “The life of keeping only protein and fatty acids was harder than expected,” Bebber said, “I have a great lab but I don't go to the lab and I'm going home. I was depressed every day. ”

Instead of dogs, pig skin and muscles, tendons, etc. were used to test the sharpness of the human feces knife. The meat of the animal that has just been dismantled is warm, so the meat was cooled with dry ice and 'the cut was considered as successful as possible.' 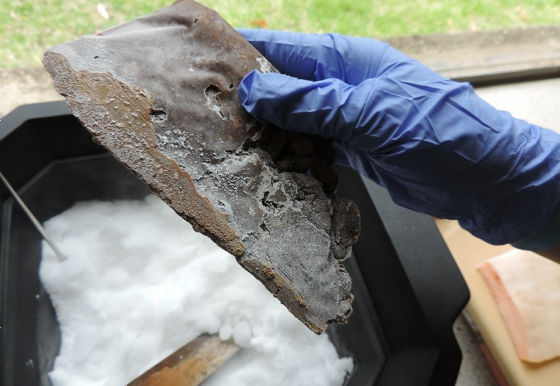 However, even in such an environment, the experiment of “cutting meat with a man-made knife” was not successful. Scientists have taken two methods of `` molding using a ceramic mold '' and `` kneading by hand '' before polishing, but a knife molded by either method can cut the pig's skin It seems that it was not possible. When the blade touches the pig's skin, the human feces knife melts and leaves a trace of feces. 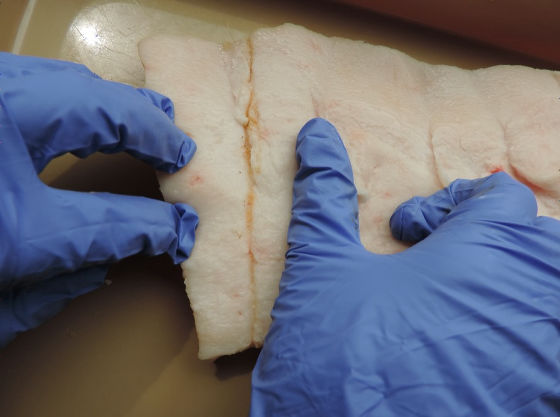 The experiment was unsuccessful, but because this experiment was conducted in an environment where the room temperature was 10 degrees, the researchers said, “The next experiment will be in a colder environment.” In addition, there is a literature saying “freeze with saliva”, but this time it was judged that its usefulness was doubtful and was not used.

The idea that “indigenous peoples and prehistoric people were technologically witty and innovative” is widely believed, but sometimes the discourse is supported by claims that have not been scientifically verified. There is also a thing. “The anthropologist must find such claims, hypotheses, and urban legends, and ensure as much as possible that the widely believed story is a firm fact,” the paper concludes.