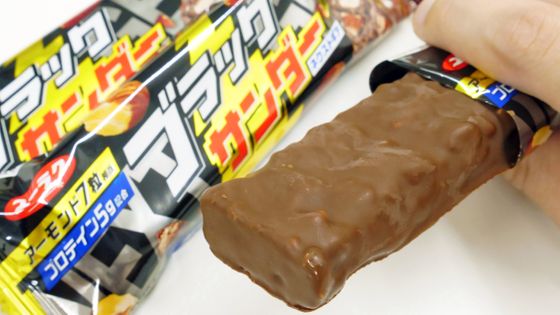 Yuraku Seika's 'Black Thunder' series, ' Black Thunder Next Gear ' with 5g of protein, appeared on September 16, 2019 (Monday). A new flavor of black thunder with 7 almonds in one is a long bar that is perfect for replenishing calories during sports and changing the mood between work, so actually eat and check I tried. 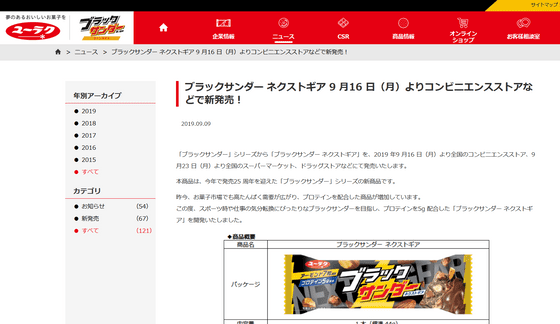 This is “Black Thunder Next Gear”. The package includes 'equivalent to 7 almonds' and '5g protein'. In the raw material column, “almond” is listed next to “chocolate”, indicating that it is a protein bar with plenty of almonds. If you look at the ingredient display, you can see that 5.7g of protein is contained. Since protein is a protein, it means that 5g or more of protein is mixed in one. The calorie was 241kcal per 44g. 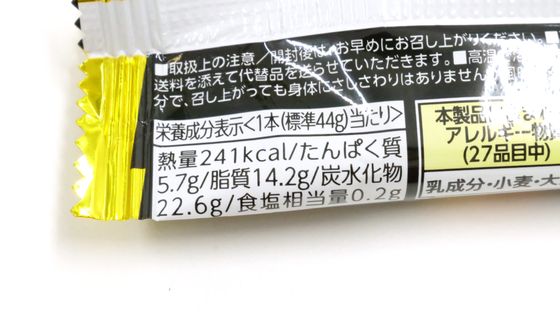 The protein content of black thunder next gear (44g) is 5.7g, whereas the normal black sander (21g), which is about half the size, has a protein content of 1.3g. Even with this difference, Black Thunder Next Gear will contain a lot of protein. 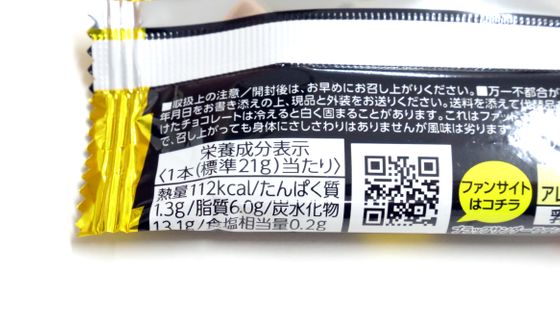 This is the place I took it out of the bag. 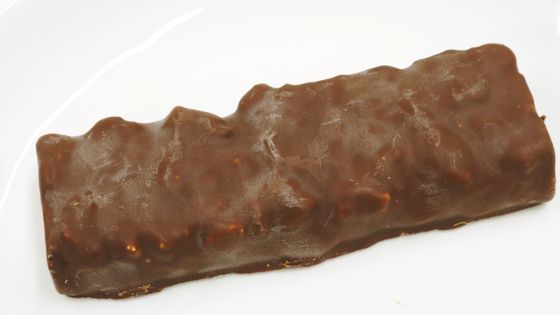 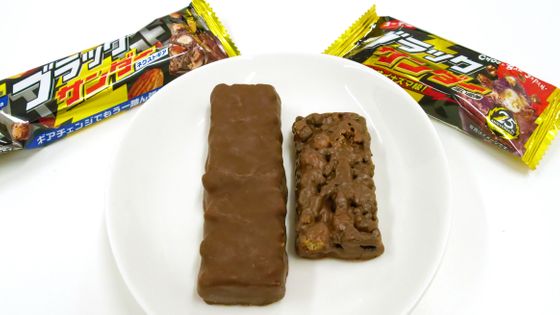 If you cut it in half, you can see the tightly packed almonds from the cut. 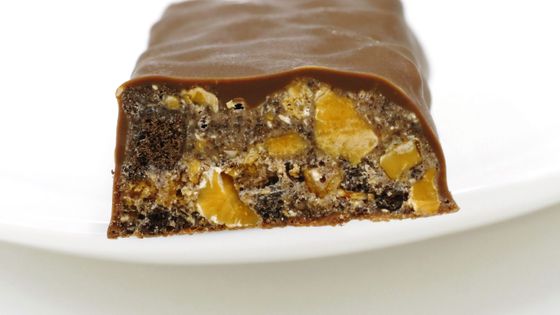 If you bite, the chocolate part has a crispy texture and cocoa fragrance similar to that of a normal black thunder, but as you eat, the crisp almond texture and fragrance spread in your mouth. 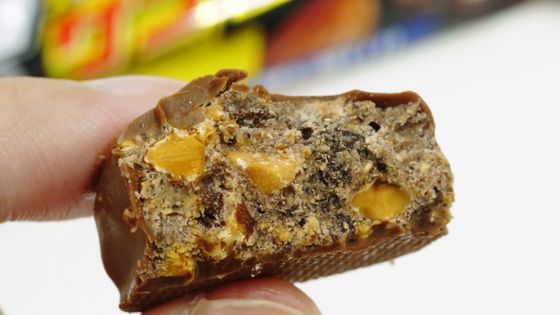 Compared to normal black thunder, the crispness and cocoa taste are the same, but the black thunder next gear has a large amount of almonds that are both texture and flavor. Thanks to this, a light texture like a black thunder and a solid eating response were compatible. 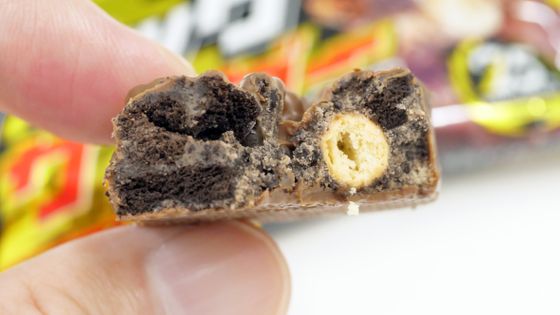 Black Thunder Next Gear can be purchased at convenience stores nationwide from Monday, September 16, 2019, and the price is 100 yen excluding tax.