Actual record of what changed after quitting SNS for one year Research results and news that SNS has a negative effect on people's mentals are everywhere. Josh C. Simmons, a developer who heard the remark that `` I stopped SNS and the relationship was good '' and the claim that `` I was able to create a startup worth 1 million dollars '' One person who decided to turn off SNS in 2018, thinking that it would be a good thing to quit SNS. Simmons has released a record of what happened by cutting SNS and what benefits were gained.

I Quit Social Media for a Year and Nothing Magical Happened | Josh C. Simmons
https://joshcsimmons.com/2019/09/10/i-quit-social-media-for-a-year-and-nothing-magical-happened/

The first thing Simmons did to start SNS was to delete apps like Facebook and Instagram. This is because it was thought that if the app was at hand, the devil would touch the SNS. However, as for the photos, there are also memories that I do not want to forget, so it was downloaded from Facebook. Simmons says that Instagram did not have a download option, so it created a simple script in Python and downloaded all the images from the profile. 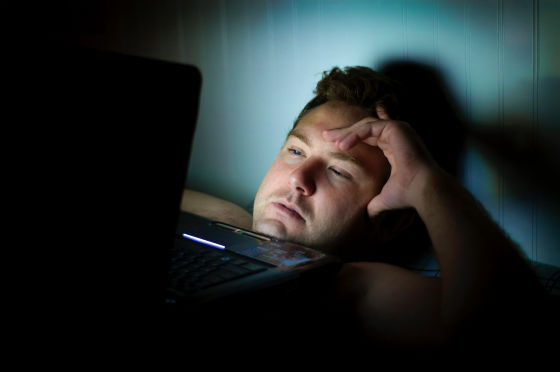 Simmons says that the first 90 days, especially the 15th to 40th days, was quite painful. Simmons believes that there is no particular reason, and that it can be a depressing feeling, and this is because 'the amount of dopamine released has decreased due to SNS cessation.' At first, Simmons picked up his smartphone and unlocked it for 50 times a day, and wandered his finger looking for an unusual app.

◆ Day 91-365
After 91 days, Simmons said that SNS cuts went very smoothly. However, he came here as a big question: “Why do I take pictures?”

Simmons has been taking photos for 'sharing photos on SNS' for 15 years since starting high school student SNS in 2004. However, when I stopped SNS, I no longer felt the need to take photos. “Why do you need a high-quality, high-quality camera?” “Why do you need a good smartphone to take photos and share them on SNS?” The question that comes out one after another. Simmons has an iPhone XR as of September 2019, but because he succeeded in cutting off SNS, he no longer felt the need to have the latest smartphone. “If you decide to replace it, you'll be buying an out-of-mold model in the future,” Simmons says.

◆ What was gained by cutting off SNS 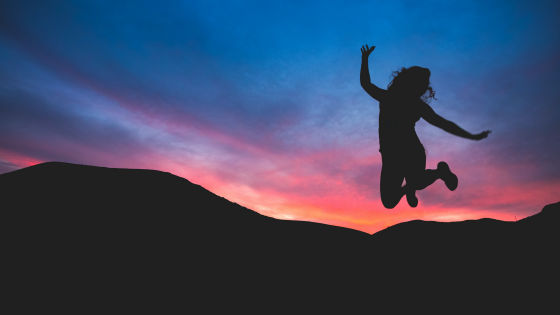 ・ Improvement of mental health
One of the major benefits gained by continuing to cut off SNS for one year is improved concentration. Simmons continues to meditate for 1000 consecutive days, which may have an impact on improving concentration, but it seems that SNS interruptions are also helpful.

Also, people use one by one depending on the scene, but many people also have a persona called “Self on SNS”. However, “self with friends” and “self at work” can be released when the scene changes, but “self at SNS” always stays with you forever. This was stressing for Simmons.

In America, the emotion left behind by SNS is called “FOMO,” Simmons says that such stress is part of FOMO. One of the benefits gained is that the stress was greatly reduced by quitting SNS.

・ Strengthening interpersonal relationships
Simmons had 1000 “friends” on Facebook, but 2% of them actually care. The number of friends is displayed on Instagram, etc., and there were times when I felt depressed when there were fewer people than people, but by quitting SNS, I only care about my really important friends, real, healthy and interactive Simmons says he can concentrate on keeping friendship.

・ Change in the presence of reality By quitting SNS, Simmons can now see things as they are, without looking at things in front of them as to whether they will be photographs. Also, when an idea comes to mind, instead of updating the information to SNS in a halfway state or boiling down the idea for wanting to post, it simply fits in the action of `` writing in a notebook '' It came to be.

◆ Conclusion
It seems that life changes drastically due to SNS interruption, and sometimes inconvenience may be felt, but basically, 'I like life without SNS compared to a year ago,' Simmons said, It seems that he is not thinking of returning to life with SNS.

Simmons expresses that the relationship between SNS and users is 'abuseful,' that millions of people create data, and giant technology companies devour money. “Since SNS isn't good for everyone, I can only say that SNS was lowering the quality of life for me alone,” said Simmons, who said, “A company with a million dollars. Although dramatic things such as “launching” did not happen, it seems that the quality of life has been greatly improved.