`` Baconator USA Double '', an upgrade of `` Baconator '' that reproduces the popular menu at Wendy's in the United States as it is, doubled patty and bacon, will be Wendy's on Thursday, September 12, 2019 Appeared in the first kitchen. I have eaten together with the new autumn potatoes, what kind of burger the 'confidence product upgraded in everything' became.

Arrived at Wendy's First Kitchen. The “Baconator” menu is waiting for you. “Baconator USA Single” has bacon set on top of the cheese when the upper buns are turned. Under this cheese are patty, another piece of cheese, and buns. On the other hand, “Baconator USA Double” has bacon under the buns, and the first patty is settled. 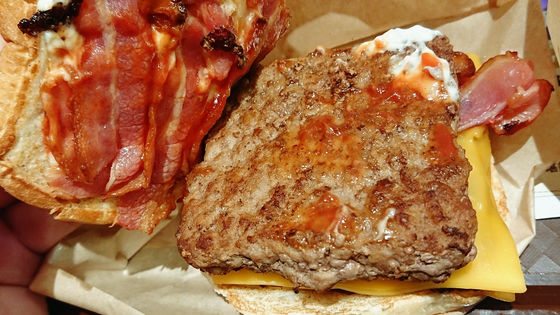 Under the patty, there are bacon and patty sandwiched in cheese as well as singles. In addition to two patties, the presence of bacon smoked with Applewood is sandwiched with don, and the mouth is covered with “meat” anyway. If you have the power to express even physical strength (from nikudon), you will definitely be ranked high among various burgers. It's not unusual to have a cheese burger that has so much of its presence. 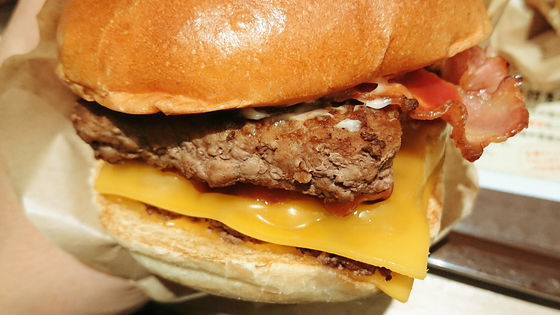 The single “flesh” feeling does not reach the double, but Wendy's hamburger is originally not thick enough because patty is thick and powerful. If you enjoy the harmony of patty and cheese, a single with a better balance of taste is better.