What is the legendary gambler who shook the '1.8 billion yen betting ticket' on a stick? On November 6, 2001, 1st to 3rd horses were hit in 3 consecutive races at a racetrack in Hong Kong, and a refund amount of HK $ 118 million (about 1.83 billion yen at the rate at that time) A betting ticket was generated. However, because the owner of the betting ticket did not appear, the prize money will be donated to the charity. Bloomberg, who interviewed Bill Venter, who calls himself “the gambler at that time”, approached the face of a gambler who had built a fortune in horse racing.

In 1980, at McDonald's in Las Vegas, a young man from a rural town in Pittsburgh worked a part-time job. This young man is Bill Venter who will later develop a horse racing forecasting program and earn $ 1 billion.

Mr. Venter at the time of attending a casino in Las Vegas. Mr. Venter was able to continue winning at the casino because he was wearing a technique called '

counting ' that memorized the cards that came out in the casino in the popular card game ' Blackjack ' at casinos and found out the advantageous situation is.

However, counting is not just about memorizing cards, it is necessary to do enormous calculations only in my head, so it is impossible for Mr. Venter who was good at mathematics when I was a student to do counting alone did. Mr. Alent Woods , one of his best friends, helped Venter.

Originally an Australian insurance company, Mr. Woods who was working as an actuary to analyze business uncertainty while feeding his wife and child, but in the mid 30s, he jumped out of the house saying `` I can not do a family member '' Traveled around the world as a gambler. After that, Woods arrived in Las Vegas and formed a “card count team” that would count as a group. Prior to Mr. Venter, he was flashy at a casino in Las Vegas.

Mr. Venter, who joined the Woods team, quickly emerged and will soon earn $ 8 million a year (approximately 1.8 billion yen at that rate). However, Mr. Venter and Woods, who had made too much money, were banned at casinos throughout Las Vegas.

The combination of Mr. Venter and Mr. Woods set the next target for horse racing in Hong Kong, which was then British territory. Venter and Woods, who read a book about horse racing and hire employees to put the race records in a huge database, are expected to take 9 months to race based on the theory of information scientist John Larry Kelly Jr. Make up the software.

After that, Venters and others who went to Hong Kong were fully satisfied, but they suffered a defeat in the first season race. The two who lost most of their military funds promised to meet in Hong Kong a month later and decided to recapitalize them. However, Mr. Venter who returned to Las Vegas failed to raise funds. On the other hand, Mr. Woods, who has devastated Korea's betting ground and collected a large amount of money, demands that he hand over 90% of the share when he wins with the new prediction software because he has more money. did.

Mr. Venter, who did not meet these conditions, decided to share with Mr. Woods. Later, Mr. Venter led the former card counting team to the east coast of the United States, where he entered and exited the Atlantic City casino and continued to develop the forecast software. I am convinced that the performance of racehorses depends on weather conditions, and as a result of visiting a large number of handwritten notes by visiting a British meteorologist, it turns out that there is actually nothing to do The development of forecasting software has been difficult.

Mr. Venter was aware of his experience in Las Vegas, “Do not redeem betting tickets when you win too much”. If you make too much money and you are banned from entering and exiting the racetrack, the hard-to-make prediction software for your horse will be wasted.

A photo of Mr. Venter and the expected software development team holding a Christmas party in Hong Kong. In addition, when a large amount of prize money is generated in horse racing, a grand ceremony is held after the race, and prize money is to be awarded in the public view, but if Mr. Venter appears there, `` Western “People are raising money for Hong Kong people by gambling,” which can reverse the feelings of Hong Kong citizens. Mr. Venter wanted to avoid a situation that attracted attention in a bad sense shortly after Hong Kong was

returned to the Chinese government in 1997.

Meanwhile, Mr. Venter greeted the November 2001 race. Mr. Venter, who didn't have the appeal of wanting to bet on the big hole where his prediction software popped up, paid $ 40550 (about 4.3 million yen) and purchased a betting ticket. The result of the race was as expected, but Mr. Venter left the racetrack without changing his betting ticket, as he had decided in advance.

After the race, Mr. Venter wrote and sent a letter to the jockey club that manages the race, saying 'No prize money'. However, the club didn't release the details and didn't reveal why the betting ticket wasn't refunded, so a local newspaper horse racing columnist said, Hong Kong horse racing officials and gamblers will be very curious.

Two months after the race, when the payout deadline expires, the prize money will be donated to a charity in Hong Kong as prescribed. The Hong Kong English newspaper South China Morning Post, which covers this, wrote: “One winner lost a lot, but a lot of disadvantaged people became winners through donations.”

Venter continued to win in horse racing and earned a total of more than $ 1 billion (about 107 billion yen), and in 2007 established the Ventor Foundation, a charitable organization. We are working to promote healthcare, culture and art in Hong Kong and the United States. He also runs a company that handles medical information along the way, but the company's profit is insignificant compared to the profits of horse racing that Mr. Venter enjoys as a hobby. 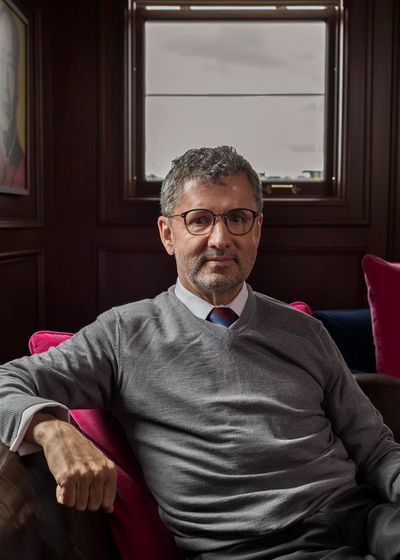 Venter said in an interview with Bloomberg, “The business world is much more difficult than the expectation of horse racing. Apparently I only have horse racing,” he said. Peeped