A method to create a wormhole is devised A new method has been devised to create a fantasy hall “ wormhole ” that can move hundreds of light years away. According to the announced method, the only material needed is 'several black holes and infinitely long space strings '.

What is the “wormhole” that often appears in science fiction works? -GIGAZINE 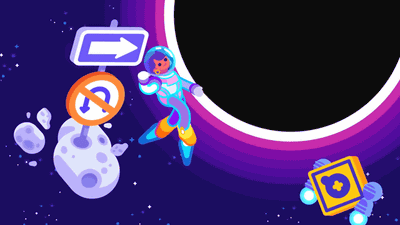 The research group devised a method for creating a wormhole using the characteristic of a black hole that “can have a charge” as “a white hole does not exist”. A charged black hole is distorted by stretching a

singular point, which should be a point, and a pair of black holes charged with the opposite charge are connected to form a worm hole.

However, there are still two problems with this method. The first problem is that when positively and negatively charged black holes are attracted and merged together, a black hole that does not function as a wormhole with a net charge of zero is completed. Therefore, in order to prevent the black holes from merging, it is necessary to fix the charged black holes in a distant space. 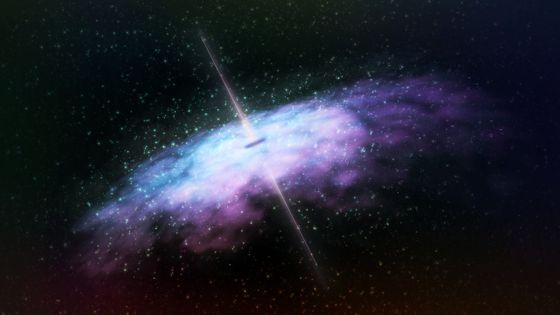 The cosmic string in a ring shakes in small increments, stirs the spacetime structure and gives negative energy around the ring. Since this negative energy works the same as a substance with negative mass, it seems to have the effect of stabilizing the wormhole.

Paul Sutter, an astrophysicist at Ohio State University, who explained how to create this wormhole at Live Science, said, “The 'how to make a wormhole' shown in this paper seems to be a bit complicated. This is a summary of the method of assembling the wormholes in stages, such as the discovery of the natural frequency of the cosmic string that stabilizes the wormhole, and the wormhole eventually collapsing over time. Although the problem remains, the wormhole actually created by this method may be able to transfer substances, '' commented after saying, `` It is from the discovery of the cosmic string first. '' did.