In recent years, meditation (mindfulness) has been attracting attention from people around the world for its effects on improving work performance and reducing stress. A research team at the Massachusetts Institute of Technology (MIT) announced the results of a study that 'mindfulness can improve children's performance and reduce stress.' 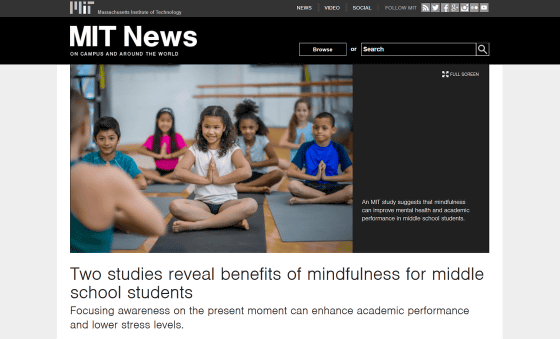 John Gabrieli, professor of brain science and cognitive science at MIT, said, “Mindfulness is the ability to focus on 'now', not on external matters or on your own thoughts. If you can concentrate on the previous teacher and homework, it should help you learn. ' 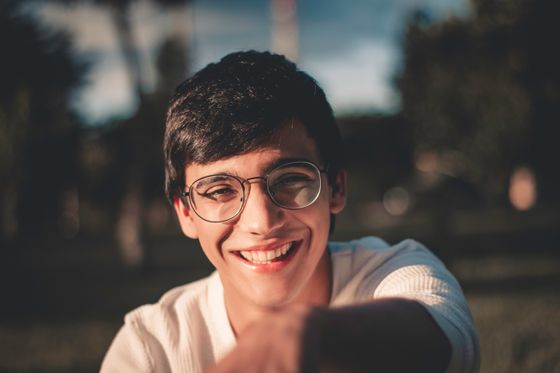 Forty students who participated in the study participated in an experiment to measure the activity of the amygdala, which is responsible for the processing of emotional responses, before and after the experiment. In this experiment, students looked at the faces of people expressing various emotions, and observed how active the amygdala was when they saw them.

Students who reported high stress levels at the start of the experiment said that the activity of the amygdala became active when they saw faces expressing 'fear'. In this way, people who experience a lot of stress are known to have a strong negative response to adverse events, saying, “A strong amygdala response to negative things There is evidence that is associated with the risk of high depression, ”Gabrieli points out.

And the children who did mindfulness training had lower stress levels before the experiment, and the activity of the amygdala on the faces expressing fear was also weakened. The team believes that mindfulness can help prevent or alleviate stress-related mood disorders. Richard Davidson , professor of psychology and psychiatry at the University of Wisconsin , said, “This study is the first rigorous study that has demonstrated that mindfulness training benefits children's behavioral and neural aspects. It ’s one of them. ” 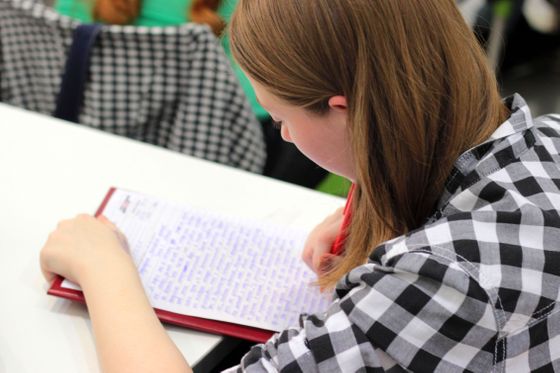 The research team compared the results with students' academic performance, standardized test scores across the state, attendance, and number of suspensions. Then, it turned out that the students who showed a more mindfulness tendency had higher academic scores, and the number of absences and suspensions was lower. “There has never been a quantitative study of whether children with a strong mindfulness tendency are likely to do well at school,” Gabrieli said, this study is mindfulness. Arguing that it is the first to show the relationship between the intellectual property and school life.