Even if you upload your cool self-portrait photos to SNS, it is easy to get bad reviews from others 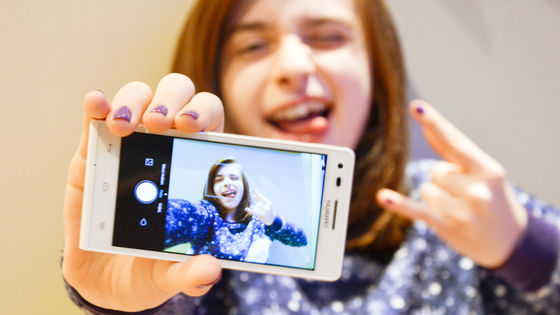 With the spread of SNS, it has become an era where you can easily upload photos anytime, anywhere. At the same time, “ selfie sticks ” for taking pictures of yourself with smartphones have become popular worldwide, and people who take pictures with a selfie stick in one hand are now often seen. Meanwhile, a psychologist at Washington State University conducted a survey of university students who used Instagram, and announced the research result that `` Even if you post a self-photo taken on SNS, it is easy to receive negative evaluation from others '' .

'Check Your Selfie before You Wreck Your Selfie': Personality ratings of Instagram users as a function of self-image posts-ScienceDirect
https://www.sciencedirect.com/science/article/abs/pii/S0092656619300674

In the following images, it is a question of whether there is a connection between Instagram activity and personality characteristics from around 2014 to put a picture taken by yourself (left) and a picture taken by others (right) Professor Chris Barry of Psychology at Washington State University. The research team led by Professor Barry first surveyed 30 university students using Instagram as the first group. The latest 30 post images were collected from each subject in Group 1. Then, 119 university students who go to another university as the second group were gathered, only the images posted by the subjects of the first group were shown, and based on the images, based on 13 attributes such as self-euphoria, self-esteem, extroversion, favorability And personality assessment for each contributor.

As a result of the survey, users who post photos taken by other people tend to be positively evaluated as `` self-esteem and adventurous, not lonely but diplomatic, and may be good friends '' It was in. On the other hand, people who post a lot of self-photographs, on the other hand, tended to receive negative evaluations saying “low self-esteem, introverted, conservative and low preference”. The research team said, “The personality evaluation of users who posted self-portrait photos with the theme of physical appearance such as mirror deflection was particularly negative,” and saw the self-evaluation of those who posted self-portrait photos He argues that there is a big gap in the evaluation of others. The subjects evaluated by the second group as having high self-euphoric tendency tended to have a large number of Instagram followers and followers.

Professor Barry says, “There may be various reasons why people post their photos on Instagram, but it seems that how they perceive their posted selfies follows a consistent pattern. 'This survey is only a small part of a big mystery, but it may be important to keep in mind before posting your own photos,' he said, further research is required. It was.