Should school uniforms be mandatory? School life is based on various school rules. In Japan, school rules that excessively regulate student hair and clothing have become a problem in recent years as the “ Black School Rules ”, but students' freedom and school rules are also actively discussed overseas. Opinions from five experts on the agenda of “Do you need to make uniforms?” At an Australian school are compiled in The Conversation, an international news media.

Should school uniforms be compulsory? We asked five experts
https://theconversation.com/should-school-uniforms-be-compulsory-we-asked-five-experts-121935

Peter Wilson, a developmental psychologist who was the only one of the five experts who agreed to require uniforms, said, “Uniforms not only reduce the comparison of social status among students, but also give students a sense of equality. Can be planted and supported. ' Also, “If you do n’t wear clothes, you may feel that your fashion is being evaluated by others, or that you are reflecting your personality and status. “Group formation will be stronger,” Wilson argued.

On the other hand, the remaining four experts are opposed to mandatory uniforms. Educational psychologist Sue Loffy said, “In the United States, freedom is guaranteed as a constitutional principle, so uniforms are not as common as in Australia and England.” Promotes a sense of independent thinking and expression, but this must be balanced with the freedom guaranteed by the Constitution, and school-age children can choose clothing and entertainment, I have the opportunity to express my personality through interests. ' However, Loffy admits that school uniforms are a good idea to help students keep disciplined. 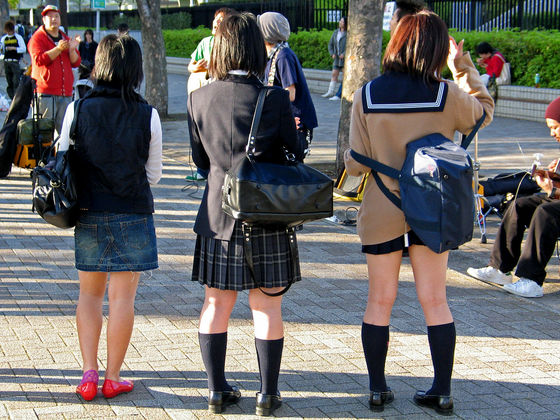 “There is a wealth of literature on school ownership, but school uniforms are not mentioned at all as a way to cultivate ownership. How do students feel about school? , A supportive and respectful relationship is formed between students and teachers and is determined by a sense of accomplishment, and if teachers punish students for “not following uniform rules” Sustaining the relationship will be dangerous, ”he argues against the introduction of uniforms.

Educator Victoria Rolling said, “Undoubtedly, by unifying the clothes, students' economic disparities may be obscured.” Even if you wear it, economic disparities will continue to surface with hairstyles, makeup, bags, accessories, etc. These elements have meanings related to class, gender, and culture, and are useful for power hierarchy and discrimination. , Simply wearing uniforms will not eliminate the difference in social class. ' Mr. Rolling also pointed out that uniform clothing limits gender diversity. Critics claim that minority groups can be convicted of violating school rules and punished to contribute to a culture of “privileging people in power”.

Lawyer Renai Barker argues that “Uniforms should not be compelled, but minimum standards should be set,” while opposing the requirement of uniforms. Mr. Barker noted that the Australian Equal Opportunity Law states that “a school can set and enforce reasonable standards for student attire, appearance and behavior” It points out that there is wide discretion regarding policy application. Mr. Barker said the school needs to be flexible, taking into account the religious and cultural diversity of the school, so that students with diverse backgrounds can wear appropriate clothes together.