watchOS 6 , the next OS of Apple's smart watch ' Apple Watch ', started in June 2019. From the animations included in watchOS 6, iHelp BR , an overseas technical media, reported that 'a new type of ceramic case and titanium case has been developed on Apple Watch'. The following GIF image is the actual animation.

Also, although the titanium case has never been adopted in Apple Watch so far, 9to5Mac dealing with Apple-related news says `` Apple's own credit card 'Apple Card' physical card is made of titanium 'It's not strange that the titanium case appeared. 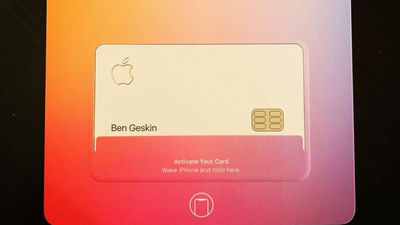 It is unknown whether the ceramic case model and titanium case model that will be added this time are the new models of Apple Watch Series 4 or the new Apple Watch Series 5. Apple has a 'hold a new iPhone of the event on September 10,' from the information that has been included in the beta version of iOS 13 have been reported , iHelp BR is expected that it will have more information at this timing become apparent It is.