The result of research that fraudsters deceive people, not for money, but `` because they are fraudsters '' 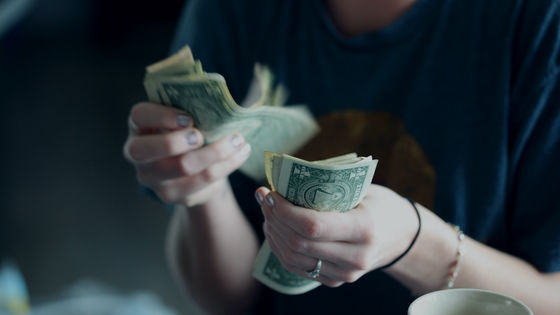 You might think that the poor do scams because “it ’s hard for money”, but not all scammers are poor. Even a wealthy person who doesn't have a problem with money, there are cases where fraud is fraudulent, such as faking a loan application, escaping taxes, or fooling large amounts of money from investors. As a result of a survey by behavioral economist Marco A Palma and economist Biller Axoy about the question 'Why do people work fraud?' 'The fraudsters are fraudulent. The conclusion is “because it is a teacher”.

The effects of scarcity on cheating and in-group favoritism-ScienceDirect
https://www.sciencedirect.com/science/article/pii/S0167268119302148?via%3Dihub

Research results suggesting that fraudulent activities are not related to the economic situation of the people who act fraudulently were published on the ScienceDirect journal ScienceDirect in July 2019. Mr. Parma and Mr. Aksoi, who studied, conducted a survey in a village that grows coffee at the foot of the Fuego volcano in Guatemala, a rare area where the same person experiences both poverty and wealth. It was.

Since the harvest of coffee beans is a major source of income in this village, many villagers are relatively wealthy for about 5 months from the autumn harvest, and are poor for 7 months until harvest. It will fall. The reason why farmers in this village cannot make long-term income from harvesting coffee beans is because there are no banks in the vicinity and medical, food and clean water is not readily available in Guatemala villages. . The villagers surveyed earned about $ 3 (about 320 yen) a day on average. 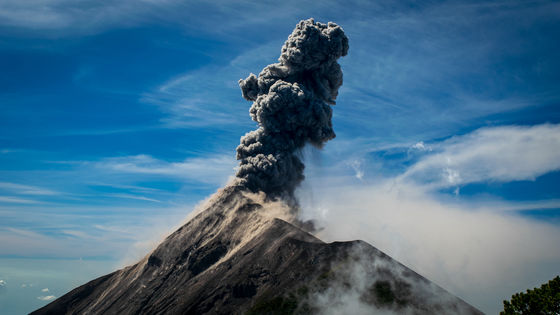 The research team visits the village twice in September 2017, before coffee beans are harvested (poverty period) and after 3 months after coffee beans are harvested (rich period). During the visit, the research team played a simple game against 109 villagers. The content of the game is to roll a six-sided dice in a cup and have the dice eyes self-reported. The research team investigated whether the subjects would make false declarations by paying the villager's eyes x 1 dollar (about 110 yen) as a reward. However, only the sixth eye is said to be “no payment”.

The research team doesn't know what dice rolls, so it's not clear if the individual players accurately report the rolls. However, the probability of getting each eye should be close to the same 16.67%.

As a result of the survey, about 85% of the subjects reported either “3”, “4”, or “5” with a lot of rewards, and those who reported “5” had the highest reward. It seems that the ratio recorded 50% or more. And there were no subjects who reported “6” eyes that could not get rewards.

This survey was conducted at two times, the poverty period and the wealthy period, but it seems that there was no significant difference in the proportion of dice eyes that were declared at either timing. In other words, it is clear that false declarations (working fraud) are done by those who do it, whether they are wealthy or poor. When conducting the survey, Mr. Parma asked the subject to roll the dice again, and the percentage of dice reported at that time was `` smaller than the first reported dice '' 73%, harvest time was 75%. This result, as well as which dice eye was reported, did not change significantly at the time the survey was conducted.

However, when the villagers rolled the dice to determine the rewards to be paid to strangers (someone outside the village), during the harvest season, high payments (3, 4, 5) and low payments (1, 2) 6) was reported to be about the same as about 50%, whereas the percentage of villagers who reported dice eyes that could expect high payments (3, 4, 5) during the poverty period was about Increased to 70%. In other words, several villagers lie for the benefit of strangers.

Palma notes that the reason why villagers lied for strangers during the poor was because they felt concerns about their friends and family. The research team wrote that the biggest finding is that people do cheating at the same rate whether they are rich or poor, and that generosity to strangers does not depend on wealth. However, this experiment itself was only done in a small village in Guatemala, so it needs more extensive data.

Parma said, “The Thai researchers have conducted the same conclusions as the results of our experiments in rice farmers. This study has not yet been published, but similar to the subjects of our study. 'It has become clear that he lies for personal gain when he is rich and poor,' he says.

Parma et al.'S research suggests that “the degree of influence wealth has on human misconduct” is much less than the ethics of individuals. In other words, research suggests that whether or not an individual is fraudulent depends largely on whether or not he / she is cheating. The Conversation says that this result is consistent with the results of multiple studies on whether people involved in anti-social behavior or who are involved in crimes have such genetic factors. It is written.