How to become a millionaire and retire at age 31 Some people may be disgusted by the day when they get up at a fixed time every day, work, work without breaks, and pack their fun on a few holidays. In recent years, the FIRE movement, which aims to retire early to save money while young, has become popular. Kristy Shen, who was born in a poor village in China and succeeded in retiring at the age of 31 for about 100 million yen, talks about his life.

They became millionaires and retired at 31. They think you can do the same | Life and style | The Guardian
https://www.theguardian.com/lifeandstyle/2019/jul/24/millionaire-retired-30s-kristy-shen-bryce-leung-fire

Writer Kristy Shen was born in a poor region of China and moved to Canada with her parents at the age of eight. My parents are working in Canada and continue to send money to the rest of their families in China, and when She tries to buy a cheap teddy bear, she refuses to offer and asks her to send money to China was. She who grew up ignored the dream of becoming a writer, and chose to become a computer engineer based on the idea of “What is the university course with the best ratio of tuition to future earnings?” Also, after marrying Bryce Leung who also worked as a computer engineer, when there was a disagreement in the home, it seems that they have tried to agree on `` which can make the best mathematical proposal '' .

In 2012, her husband, Leung, made a trial calculation that “the assets of two people reached 1 million Canadian dollars (about 80 million yen) within 3 years, and they could retire in their 30s”. Shen argued that 'it shouldn't be, something is wrong', but when I opened the lid, three years later, I was able to retire as Leung estimated. The two-person case is one of the most popular FIRE movements in recent years. “FIRE” in the FIRE movement means “Financial Independence, Retire Early”.

The two who worked as computer engineers quit their work and travel around the world, including Japan, the UK, Portugal, and Thailand. The blog “ Mennennial Revolution ” that communicates how they made it possible for them to retire early became popular, and the book “ Quit Like a Millionaire ” explains economic independence as a way to happiness, Denying “Having a House” as an investment.

When they left, their family and friends thought that they would come back in a single sentence, but contrary to expectations, the cost of their trip would spend a year at their home in Toronto Because it was cheaper and the investment portfolio grew, it succeeded in having more assets than before departure. Because of their early retirement, the two began with the Fire Movement custom, “Accumulating a down payment to buy a house”. Although the money has steadily accumulated, the price of housing has soared, and the two have lost confidence whether the money for the down payment will accumulate. However, it succeeded in saving 500,000 Canadian dollars (about 40 million yen) by efforts for 7 years, and succeeded in early retirement by saving for 9 years and low-risk investment of 200,000 Canadian dollars (about 16 million yen) That's why.

The two did not endure everything, but decided to save three points: “transportation”, “home” and “food”. They have identified places where they can track and save their actions, avoid eating out, use public transport and car sharing, and have a home away from the downtown area to reduce rents. Mr. Leung before investing in actions seems to have spent 400 Canadian dollars (about 32,000 yen) a month for beer, but since she was pointed out that it was a large expenditure comparable to rent, It seems to have stopped. 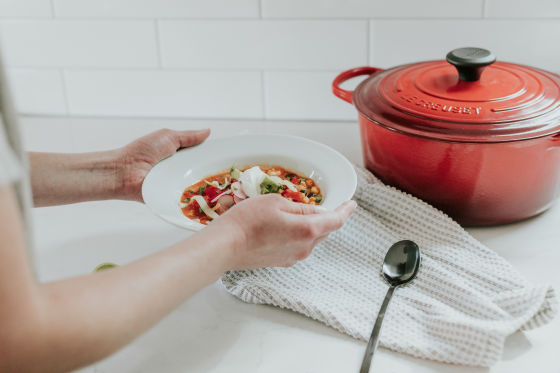 At the time of writing the article, they are managing assets with low-cost ETFs ( listed investment trusts ) and I think that future money will be born from this, but of course `` backup '' if something happens I have prepared it. “We are incredibly pessimistic and we are creating a safety net,” says Shen.

Shen was born in a village in Sichuan Province and has been told since childhood that 'If you get your money, the government will not do anything. There is no safety net.' “Money is the most important thing in the world,” he said.

Shen's father moved to Canada as a student after spending 10 years before Shen was born in a migrant labor detention facility. Two years later, Shen and her mother also moved to Canada. The father kept sending a small amount of money earned by washing dishes as a student part-time job to China. She spent her childhood in China and experienced poverty, saying, `` Basically, if you live in a house with four walls, have parents and have food, you are rich. '

Shen also says that it is a privilege to “do not move with money”. “People who say 'not money', 'money is a mess around the world' or 'takaga money' have never experienced poverty,' he said. I would n’t have thought. Mr. Shen feels happy after retirement, but since he was worried about anxiety and depression when working, as of 2019, he said `` Fire as a drug '' '. On the other hand, Mr. Leung was diagnosed by a doctor as “unpleasantly happy”.

Is there a possibility of returning to work as an engineer? “I don't think I can use it as an employee. I was too open-minded to obey the rules. Once I get out of the matrix, I can't go back there.” Laughed and answered.