Supersonic combustion ramjet engine with the highest thrust in the history of the Air Force is born, the flow rate is more than 10 times the conventional 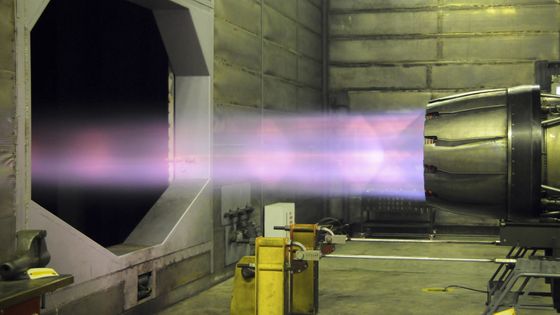 With the development of a “supersonic combustion ramjet engine (scramjet engine)” that can deliver high engine efficiency in the supersonic range where ordinary turbojet engines stop functioning, white mono that can produce 10 times the flow (air flow rate) of conventional engines Was born. According to the US Air Force, it is the 'highest thrust in the history of the Air Force' as a scramjet engine.

The U.S. Air Force Institute announced in a news release on August 5, 2019, `` The new engine made by Northrop Grumman has recorded the output of 13,000 propulsion pounds , setting the highest record as an air-breathing supersonic engine '

Below is a picture of the new engine's aerodynamic and propulsion test unit taken at the Arnold Technology Development Center. In fact, the thrust of 13,000 propulsion pounds is not that powerful as a jet engine. For example, the

F110 engine , a turbofan engine developed by General Electric around 1980, has a thrust of about 30,000 propulsion pounds.

The innovation of this engine is that this class of propulsion has been achieved with a supersonic scramjet engine .

Although the scramjet engine is simple in structure, it is required to operate in a special environment of high altitude, so there were many technical issues that had to be cleared to obtain a large thrust. For example, the thrust of the engine installed in the scramjet engine tester X-51 was 400 to 1000 propulsion pounds, so you can see how big the thrust of 13,000 propulsion pounds is. 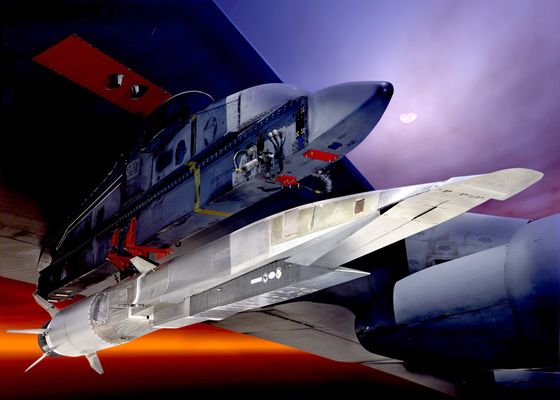 by US Air Force

In addition, the Air Force Research Institute stated that “it worked without problems under Mach 4 or higher”, but The Drive, which deals with automobile-related technologies, said “This type of hypersonic engine normally operates at Mach 5 or higher. ”And point out that the new engine may have cleared tests in extreme environments than usual.

“The first test of the world's largest hydrocarbon-fueled scramjet has been successful, and I feel so much more fulfilled,” said Todd Barhost, an aerospace engineer at the Air Force Institute. A new engine with a will enable a new class of scramjet-equipped aircraft. '