Why are human pee yellow? 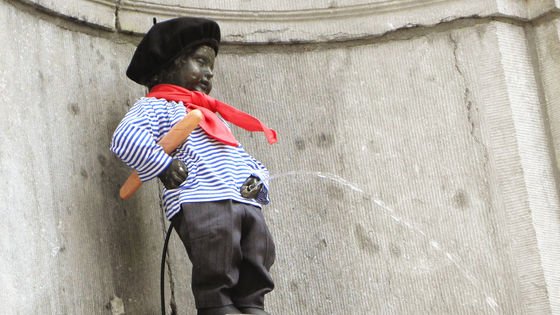 Most animals have urine and In this way, waste products are regularly removed from the body. To do. Although there are differences between individuals and physical conditions, human urine is basically light yellow to light tan. The reason why the color of urine becomes yellowish is explained in The Conversation of overseas media.

It is the kidney that makes urine. The kidneys are two organs that are lined up on the back side slightly above the waist in humans. The kidneys work to maintain a proper balance of water, salt and chemicals in the blood, so that water-soluble waste in the blood does not become excessive.

The blood that flows to the kidneys flows into the glomerulus where capillaries gather like thread balls. The glomerulus is designed to allow the water contained in the blood to leak out, and the blood is Bowman that wraps around the glomerulus. The mechanism of filtering. The liquid filtered through the glomeruli and Bowman's sac is the “ original urine ”. A thin tube called a tubule is connected to the Bowman's sac, and capillaries are entangled in the tubule. While raw urine passes through the tubules, water, glucose, sodium, and potassium are reabsorbed depending on the state of the body and taken into the blood that passes through the capillaries. More than 90% of the raw urine is reabsorbed and the rest is finally urine It is stored in.

Not only the excess nutrients, but also waste products are excreted by the kidneys. For example, by-products from protein breakdown are ultimately converted to urea , sent to the kidneys, and excreted as part of the urine. In addition, fermenting human urine can be used as fertilizer because urea contained in urine is converted to ammonia.

In addition to urea, “ urovirin ” is excreted as waste.

A substance called “ urobilinogen ” is born when this bilirubin is reduced by the action of intestinal bacteria. Urobilinogen is reabsorbed from the gut into the body and filtered by the kidneys. Urobilinogen is colorless, but when it is oxidized in urine, it turns into tan urobilin. This urobilin produces urine yellow color, and the color changes depending on the concentration of urine and the amount of urobilin.

However, not only urobilin but also pigments contained in foods and drinks ingested greatly affect the color of pee. Therefore, those who are concerned about their physical condition need to check not only the color of the pee but also the smell and foaming. 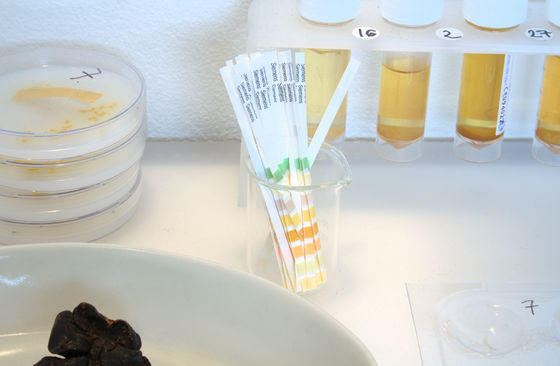