What issues should be overcome in order to realize fusion power generation, which is said to be a “future technology”? Fusion power generation, one of the future technologies, was considered 'difficult to realize', but it has become a reality as technology advances. What are the challenges for commercialization of fusion power that researchers face as of 2019: Commonwealth Fusion Systems (CFS) scientist Alex Creely and MIT Plasma Science and Fusion Center (PSFC) ) Erica Salazar.

Massachusetts Institute of Technology (MIT) was a facility that continued research on fusion power generation to produce safe and clean energy, but in 2016 it was reported that government support was discontinued. It seemed as if the discontinuation of the aid had closed the way to commercialization of fusion power generation, but after that, I decided to continue my research in cooperation with CFS, a private company. As of 2019, Creely and Salazar are still experimenting with the aim of putting nuclear power generation into practical use.

Fusion is an event occurring inside the sun and has been considered very difficult to reproduce on the earth. Before nuclear fusion takes place, the nuclei that make up the fusion fuel must be electronically repelled, so the atoms must be physically close to each other. For this purpose, the fusion fuel needs to be heated to 200 million Kelvin, but at this temperature, all materials are turned into plasma, and the electrons and nuclei separate and move around. This was one of the technical challenges of fusion power generation.

However, with the advancement of technology, such as the appearance of a new generation of superconducting materials, the above issues are gradually being overcome. It is said that it is possible to create a fusion facility of a scale that will affect climate change through technological development by scientists. One of the major reasons for the advancement of technology is the fact that many private companies are interested in fusion power generation and the large amount of funds provided.

In fact, as a result of soliciting funding from the private sector, MIT and CFS succeeded in designing and building a fusion device called SPARC. 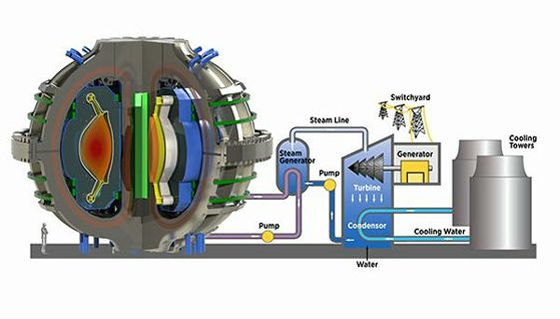 Various technologies have been developed to realize fusion power generation, but the most promising is the

tokamak type magnetic confinement method . The tokamak type creates a strong magnetic field with a powerful electromagnet, and the plasma is isolated in a donut-shaped vacuum vessel. The plasma is then heated using radio waves. SPARC evolves this tokamak type.

The tokamak challenge is that the machine needs to be large to get enough energy, which is very expensive. The International Thermonuclear Experimental Reactor (ITER) is about to be built in France as of 2019, but its cost is on the order of tens of billions of dollars. As a result of tight budgets and delayed partner schedules, the fusion reactor is expected to reach its maximum performance around 2035.

The world's first commercial-scale fusion reactor is scheduled to start operation in 2025, 35 countries including Japan cooperate-GIGAZINE 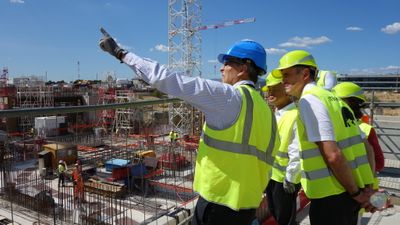 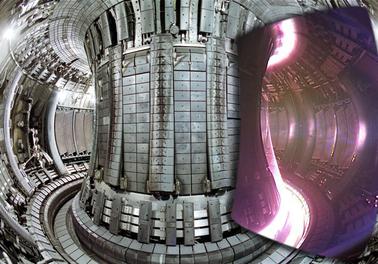 One of the criteria for distinguishing tokamak fusion facilities such as SPARC, ITER, and JET is whether they use a new type of high-temperature superconductivity , yttrium-based superconductors (YBCO). The current-carrying tape made with YBCO can maintain a high magnetic field. Researchers believe that YBCO is the technology that enables nuclear fusion because a high magnetic field improves the thermal insulation of the plasma and makes it possible to improve performance compared to the conventional tokamak type. is.

High temperature superconductors benefit the fusion power plant by reducing plant size, reducing capital costs, and increasing operating temperatures, but they are not without risks and challenges. Challenges include mechanical stress due to a high magnetic field, thermal load, and uncertainty in manufacturing and operation of high-temperature superconducting coils. In order to reduce such risks and verify the design of the magnetic system, SPARC is planning to make a full-scale prototype over several years and test it. In particular, efforts will be made to establish a rapid cooling system and to deal with sudden loss of superconductivity.

There is plenty of room for ideas and innovation to solve problems in fusion power technology development. “The passion for tackling technological challenges and creating innovative ideas to remove barriers is what nuclear fusion needs to produce infinite clean energy,” the researchers said.