We have seen a fireworks display 'Gion Kashiwazaki Festival Sea Fireworks Display' such as large fireworks 'Shakutama 100 shot at the same time' spread over 1.5 km wide and the sea hollow fireworks spread on the sea 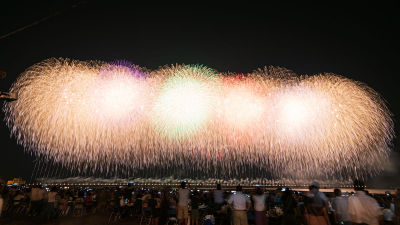 One of the three major fireworks of Echigo ' Gion Amagasaki Festival Sea Fireworks Festival ' is said to be Amagasaki of the sea because it is held by the sea, and the dynamic launch is performed widely at the launch site. Among them, 100 balls of 100 balls (firework balls with a diameter of about 30 cm) are simultaneously launched over 1.5 km in length, and 100 balls simultaneously fired are large-power fireworks that can not be seen in other fireworks display. At this fireworks display held on July 26, 2019, I actually saw a shot of 100 balls at the same time and a sea hollow fireworks shot into the sea.

The venue where the fireworks display will be held is Minatomachi Beach Park, Amagasaki City , Niigata Prefecture .


We arrived at Amagasaki City, Niigata Prefecture on July 26, 2019. 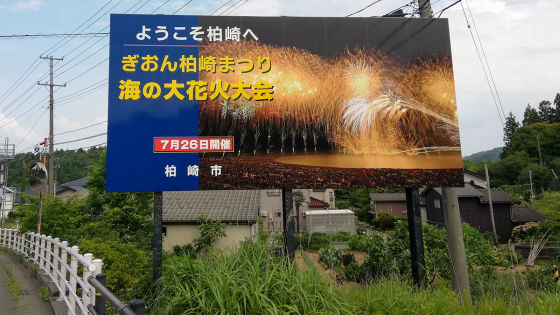 The venue for the Gion Amagasaki Festival Sea Fireworks Festival is located along the coast, and there are various types of paid seating in the vast venue. The front row of seats for 20000 yen (tax included, up to 5 people) is a special-purpose seat where fireworks projected on the sea spread in front of you. 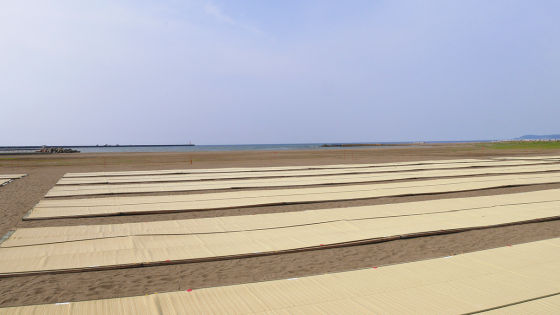 Right behind the mass seat, there was a bench seat 5000 yen (including tax and one capacity). 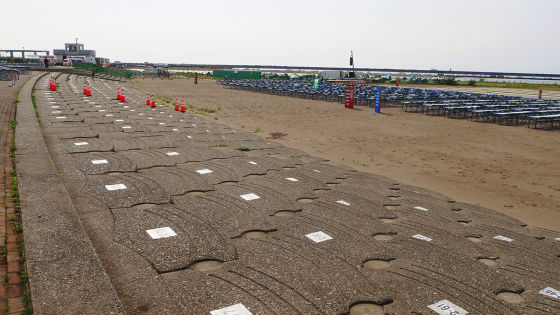 A large object that appears shadowed just below the setting sun 30 minutes before the start of the fireworks display is the cylinder that launches the largest fireworks-sized three-length ball (about 90 cm in diameter) of the day. Tubes lined up at equal intervals next to it are used for 100 shots at the same time, and the distance between the tubes is 15m. The tubes seen in the foreground are used by Starmine, which is launched by other programs. 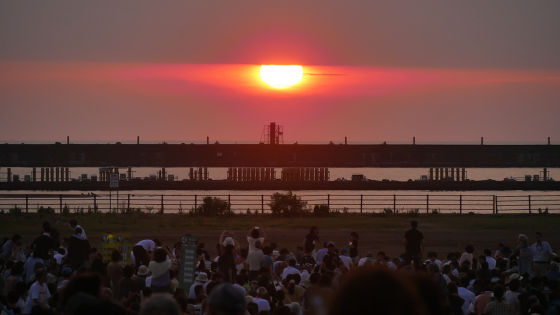 At 19:30, in the slightly bright sky, the fireworks launch began. 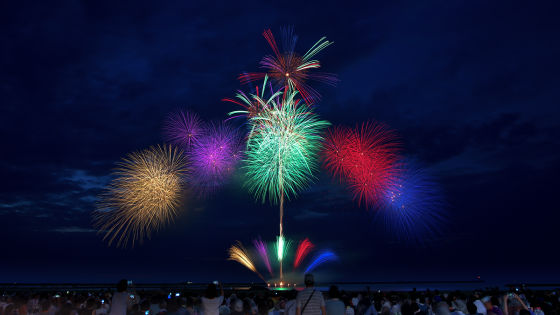 The program configuration of this fireworks display is in the form of one star mine (continuous launch) for each sponsor company / group.

The sponsors are introduced and the star mine starts, but even while the introduction of the sponsor is being read, fireworks fire up from the front left side of the venue one by one. 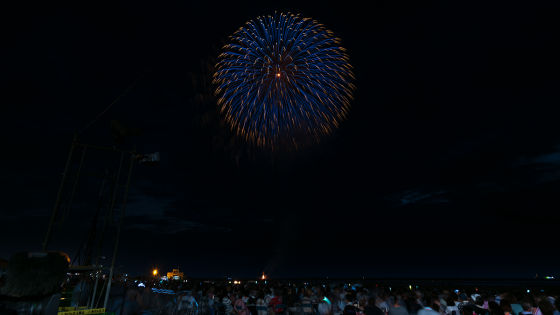 With Starmine launched from the embankment on the left hand side or the sandy beach on the right hand side ... In the sea in front of the venue, you can mainly see Sea Hollow Star Mine, which fires fireworks diagonally and opens fireworks in the air or the sea. 
The fireworks that are launched in this fireworks display are not only fireworks that the stars are spreading round. 'Happo blooming' branches appear to spread in all directions. 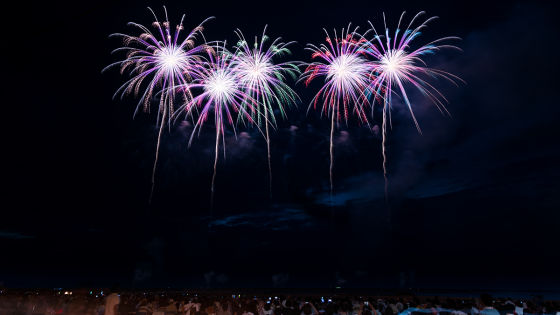 Fireworks with various designs are launched, such as 'Sen-wa' where small flowers appear. Most of the programs are Starmine and Sea Hollow Starmine, but there are some special programs other than them, among which 'Shot 100 Shots' is one of the highlights of this fireworks display. It has become.


Firework of length ball arranged at intervals of 15m fires 100 shots at the same time. The sound of the shot is also heavy and the noise like a ringing noise echoes to the venue. 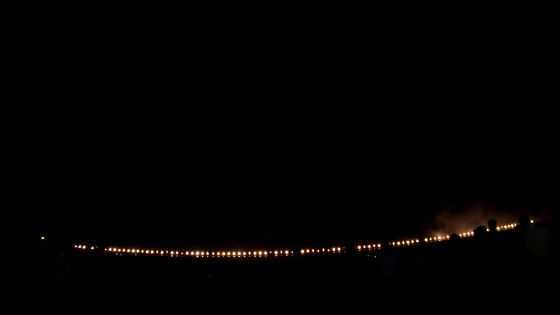 Go to the sky all at once. 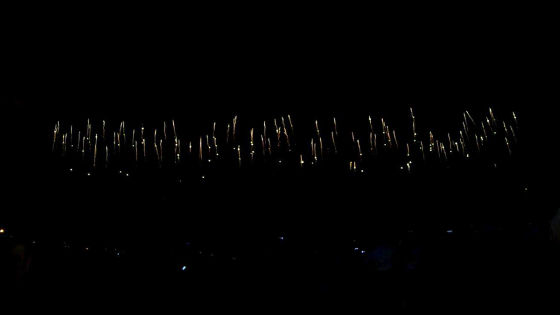 The ball of 100 shots was opened at the same time. The entire venue becomes bright and you can experience louder sounds and sound pressure that resonates with your body even more than the launch sound. 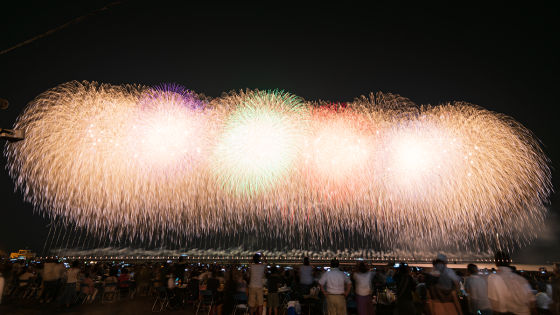 Bourbon Co., Ltd. , and a purple fireworks that resembles the image color of Le Mande is added as an effect. In front of the finale, we also launched a super wide star mine that made full use of the venue. The finale is a series of 300 balls. A variety of types of shakubama will come up one after another. 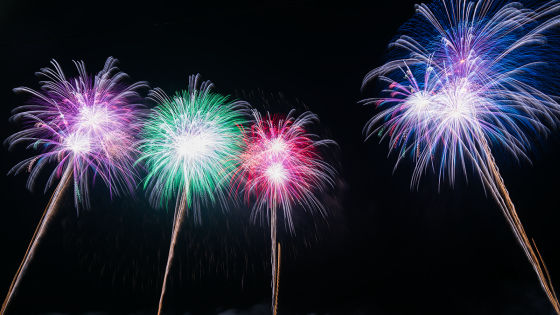 Lastly, the golden crowns were fired at once, and the large fireworks display at the Gion Kashiwazaki Festival Sea ended.