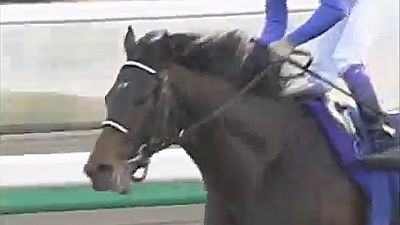 Debuted in December 2004, Satsuki Award of 2005, Tokyo Yushun (Japanese Derby), a total of seven wins and the other GⅠ race that was won by the unbeaten Kikuka Sho, also known live the phrase 'modern Japanese horse racing of crystal' deep It was discovered that the impact was a euthanasia procedure for a cervical spine fracture. I was 17 years old.

According to the company stallion station, Deep Impact has been treating necks for some time and had surgery on July 28, 2019. It was said that this operation was completed successfully and the course was stable, but suddenly it could not be set up in the morning on July 29, and a radiographic examination was performed early on July 30. A fracture is detected. Euthanasia was taken because recovery was unlikely.

Father of deep impact is Sunday silence . He won the American Triple Crown race with rival Easy Gore with 2 wins and 1 loss, and although he became a national horse of the year, his father's stallion performance was not very good and his pedigree was low. Since 1991, I have lived in Japan as a stallion since various factors such as the financial situation of the owner at the time and the friendship between the owner and Mr. Teruya Yoshida, the commander of the Shadai Group. The stallion record was overwhelming, becoming the leading sire for 13 consecutive years from 1995 to 2007.

Deep Impact, who made his debut during his brother's rest, challenged the Satsuki Award with no defeat from the new horse race, and won the most popular 1.3 times win.


And in response to the overwhelming popularity of winning odds of 1.0 times at the last Kikuhana Award in the triple crown race, it became the second undefeated triple crown horse for the first time in 21 years since the symbolic Rildorf in 1984. At the Kikuhana Award, the phrase “Take a look at the Horseman of the World!! This is the crystal of modern Japanese horse racing!” came out from Kansai TV announcer Tetsuji Baba, who was in charge of the race condition in the FNS series.

The following video is from JRA, so I don't include the live commentary of Baba announcer, but I can understand the deep impact leg on the last straight line.


In that year, he also entered the Arima Memorial as an undefeated triple crown horse, but lost to the first generation Hearts Cry and finished in second place.


In 2006, he won the Hanshin Grand Prix (GII), the Emperor's Award (Spring) (GI), and the Takarazuka Memorial (GI) to challenge the Arc de Triomphe Award, which can be said to be the European championship race. In the race, he won 3rd place and was later disqualified because of detection of a prohibited drug. After returning to Japan, I won the Japan Cup (GI) and Arima Memorial (GI) two times, and retired.


He has been a stallion since 2007, and has become a leading sire continuously from 2012 to 2018. Due to the good results, the seeding fee was 40 million yen after the conception was confirmed in the final season of 2019.

JRA has set up a special website for deep impact memorial service.