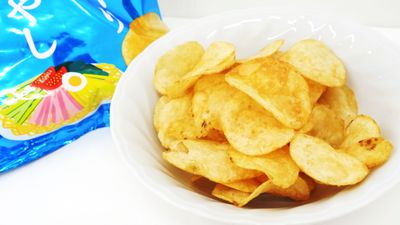 When it comes to hot weather, cold noodles such as somber and cold Chinese noodles have grown in popularity, and many people think that 'I want to eat cold Chinese and feel the coolness in summer'. Calbee Potato Chips Cool Chilled Chinese Taste , which is perfect for those who want cool food, will appear in Lawson Limited from July 30, 2019 (Tuesday). I used it to express what it feels like a chilled Chinese-like refreshing sensation using “scents that I feel cool when I eat,” so I tried to eat just what it tasted like.

The package of 'Caalby Potato Chips Cool Chilled Chinese Taste' is based on blue, and you can see the cool atmosphere just by looking at it. The image of 'I was cold' was seen in the city, 'I was started' is printed on the upper left of the package, and an illustration of cold Chinese was drawn at the bottom. 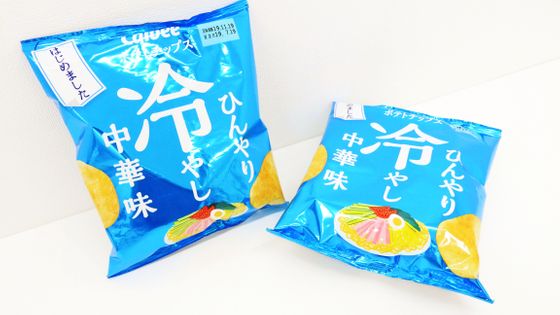 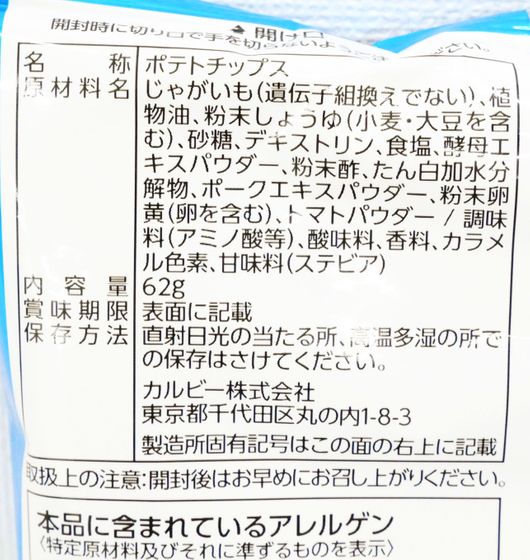 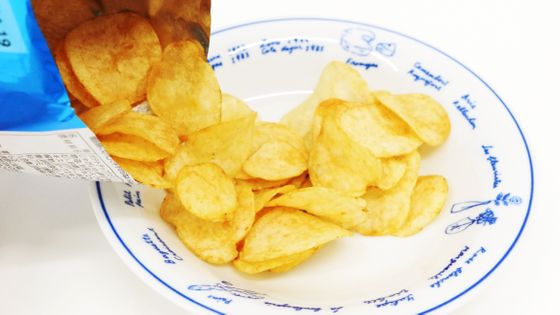 Although there is no apparent difference from ordinary potato chips except for a slightly lighter color, the distinctive smell of vinegar spreads when the bag is opened. 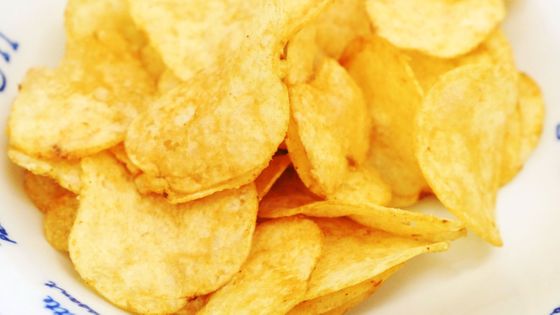 In fact, when you eat a bite, it is a combination of sweet and sour taste and sour taste, and it is a taste that is surely associated with sweet and sour sauce of chilled Chinese food. However, at the end of eating one, I noticed a strange feeling that remained in my mouth. 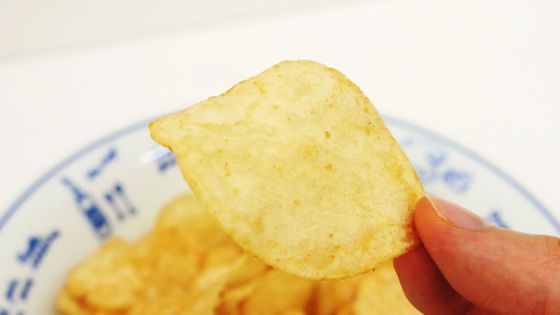 When I concentrate on the sensation in my mouth, I wonder if it's like that, 'I have ice in my mouth, and after that ice melts,' I feel a similar refreshing feeling. In order to make sure that this feeling is not wrong, if you continue to eat “calby potato chips cool chilled Chinese taste”, the mysterious coolness in the mouth becomes stronger as the number is increased, and it is possible to gradually lose much humpiness and sleepiness. I came close to feeling after eating a gum for gum and a tablet for bad breath care. 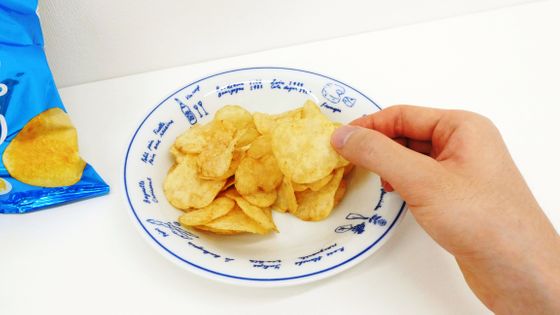 The taste of potato chips is by no means similar to mint-type or sleepy awakening gums, but it certainly has the effect of the 'flavor to feel cool to eat' contained in potato chips. It is said that the fragrance used in “Carby potato chips cool chilled Chinese flavor” has the effect of activating the receptor that feels “cold” in humans and making it feel cold regardless of temperature. Because there are individual differences in the sensitivity of the receptor, it is said that some people feel cold with one sheet and some people do not feel well with eating 10 sheets. In addition, although I understood the image of chilled Chinese sauce, I did not feel that there was more than chilled Chinese taste. 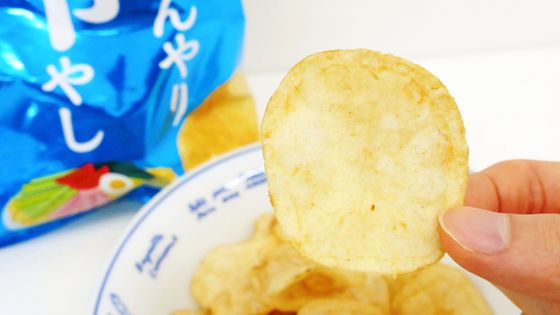 In addition, 'calby potato chips cool chilled Chinese flavor' will be available at Lawson stores nationwide excluding Tuesday, July 30, 2019, excluding 'Rawson Store 100.' The standard price is 173 yen including tax and is said to be discontinued as soon as it disappears.