Akane &amp; Rokka figure that two people snuggle up together appeared from 'SSSS.GRIDMAN', cheerleader figure that you want to support at last 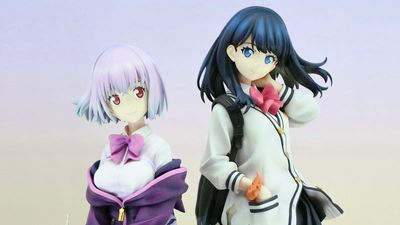 SSSS.GRIDMAN heroine of' treasure multi-Rokka and new shoots Akane is, Wonder Festival 2019 [summer] appeared to. It is a very high quality figure that draws out the charm of the two people to the fullest. 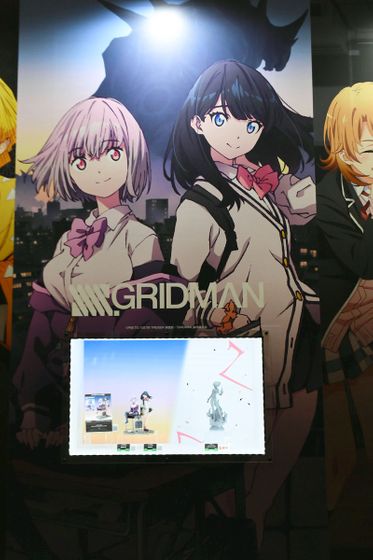 1 / 7th scale PVC painted finished figure of Rokka and Akane. Both of them are wearing uniforms, but Akane sits loosely on the desk, while Rokka on the other hand stands with her legs crossed. Each figure is an independent figure, and Akane's desk has a 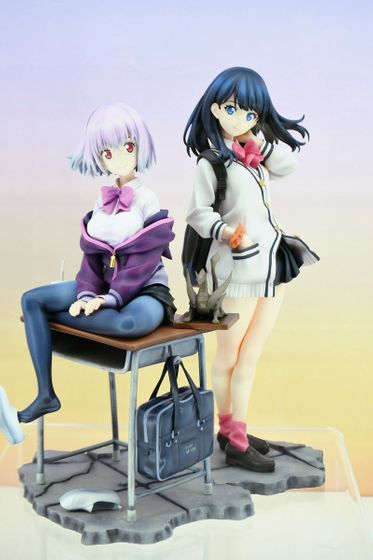 Shinjo Akane PVC painted finished product figure ' is the prototype production Takuji Nakajo , the total height is about 21cm, the price is 12,800 yen excluding tax. Akane is smiling and leaning slightly, sitting with her legs crossed. 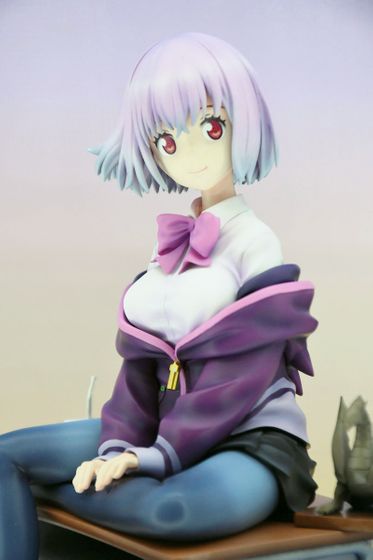 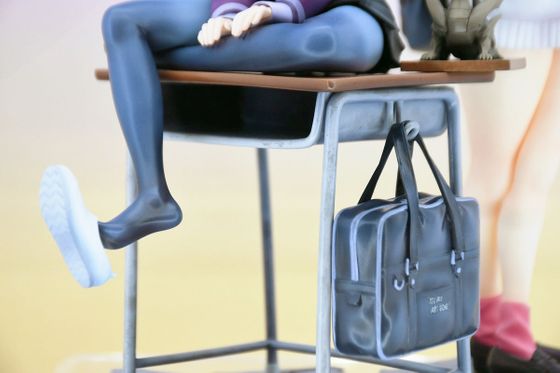 On the other hand, Takara Rokka PVC painted finished figure is prototyped by Mitsuru Kaizu , and the total height is 24.5cm. The price is 11,000 yen excluding tax. Rokka's hair flutters in the wind, the cardigan sways, and the thighs that have attracted many fans from the skirt's hem stretch. 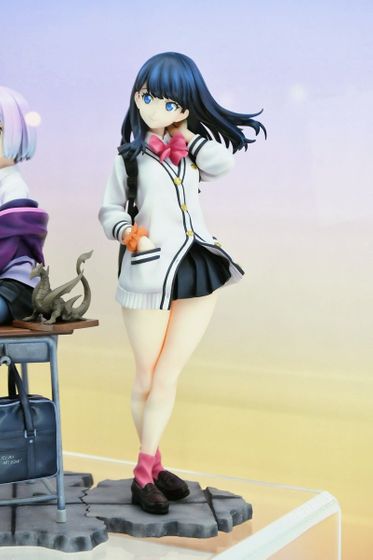 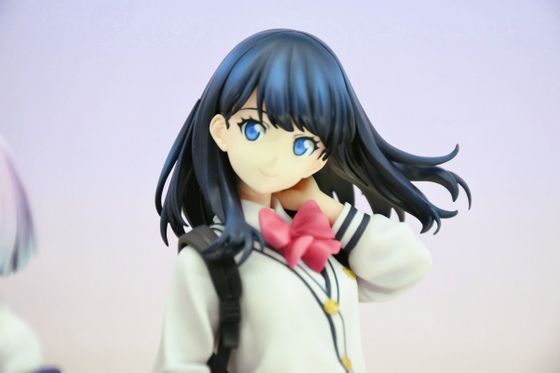 Looking at the feet, each figure is on an independent foundation, but the edges of the foundation seem to stick together. 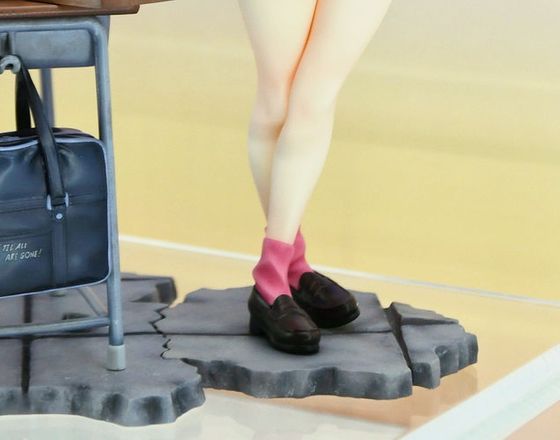 Both figures are scheduled to be released in December 2019, and if you purchase both figures at each Kotobukiya shop simultaneously, a

campaign to present `` A4 acrylic board '' as a simultaneous purchase privilege is ongoing . At the Q's Q booth, cheerleading Akane and Rokka figures were on display. 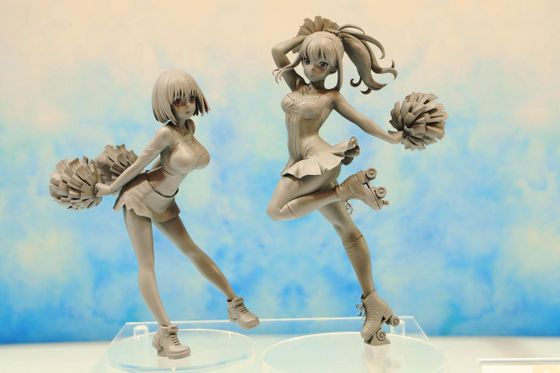 Takata Rokuka Cheerleader Style ' is the original model by Mr. Kim , and the price is undecided. Raising his legs wearing roller shoes, he has a pose that is full of dynamics like a cheerleader. 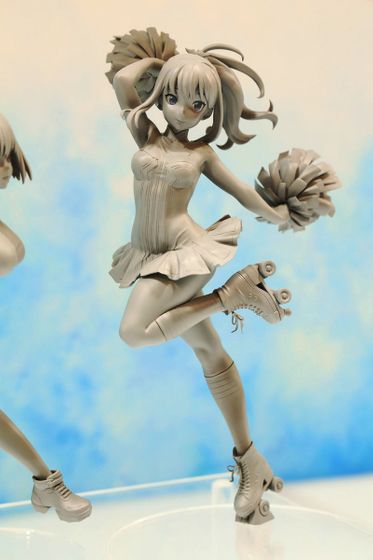 Just looking at it seems that it will give you energy. 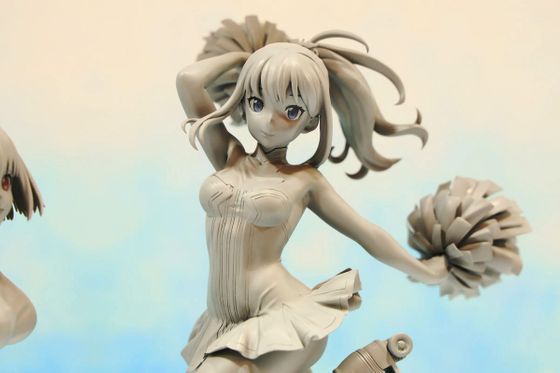 The 1 / 7th scale ' Shinjo Akane Cheerleader Style ' is prototyped by Naho Miyata , and the price is undecided at the time of writing. I have a pose that protrudes in front of my breasts, but I'm troubled by the eyes, even though it's a figure. 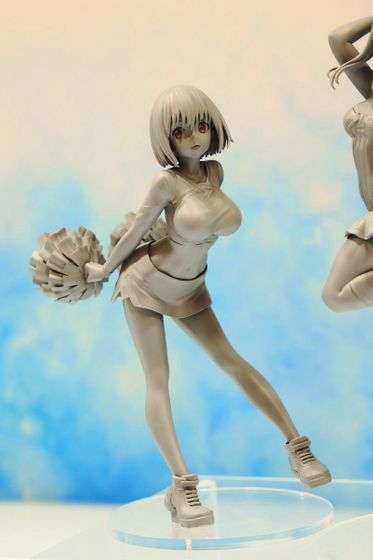 It is a workmanship that makes you want to support me unintentionally. 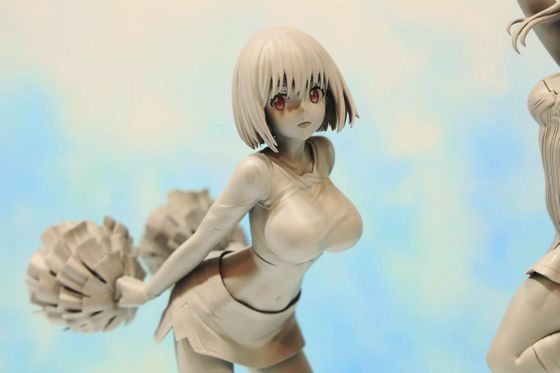 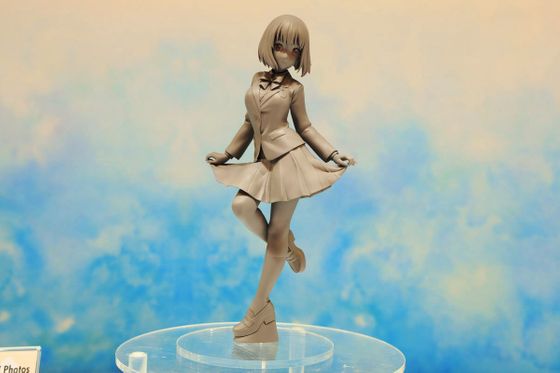 I lifted the bottom of the skirt a little and it was a pretty impression figure. 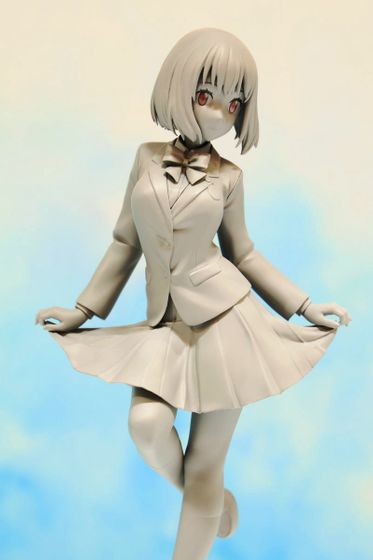