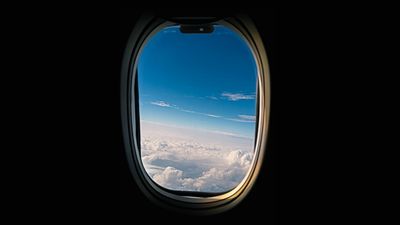 There are many people who enjoy watching a plane from the window looking at the building and the ever-expanding cloud from the window. The windows of such planes are all rounded, and never have square windows like buildings on the ground. Programmer's Jason Lechkowitz explains on his blog about the 'blooded history' where the window of the plane has been traced.

Why airplane windows have round corners | Just Well Mixed
https://jasonlefkowitz.net/2016/09/why-airplane-windows-have-round-corners/

The early history of airplanes can be called the 'history of military aircraft'. In World War I and World War II, aircraft technology was used for military purposes, and taking control of the air with military aircraft had such a profound meaning that it would change the station. Only after the end of World War II was the work of the plane carrying people and luggage. 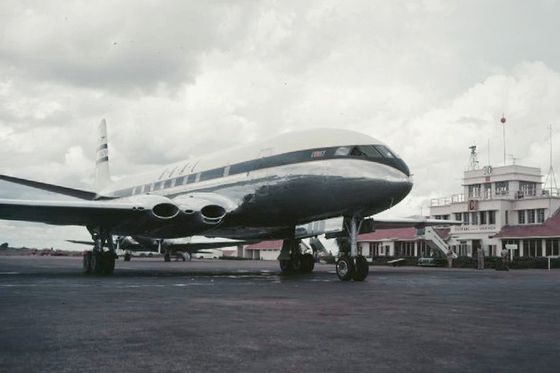 However, on January 10, 1954, one year after service, British Foreign Air Singapore to London London flight 781 burst over the Mediterranean Sea, resulting in a

crash in which 35 crew members, including six crew members and 29 passengers, all died. It will happen. Furthermore, on April 8, the aircraft leased to South African Airlines exploded in the Tyrrhenian Sea located on the west side of Italy, and a total of 21 people, 7 crew members and 14 passengers, were sacrificed. This series of incidents has become a social problem as the Comet continuous crash , and the British Prime Minister Winston Churchill at the time issued a statement saying 'Still searching for funds and personnel first.'

The Royal Aircraft Establishment , a national research facility on British aircraft , will go to Churchill's life to find out the cause. The salvage of the aircraft crashed off the coast of Italy and extensive reproduction experiments revealed that the 'window horn' of DH.106 Comet at the time caused an accident. 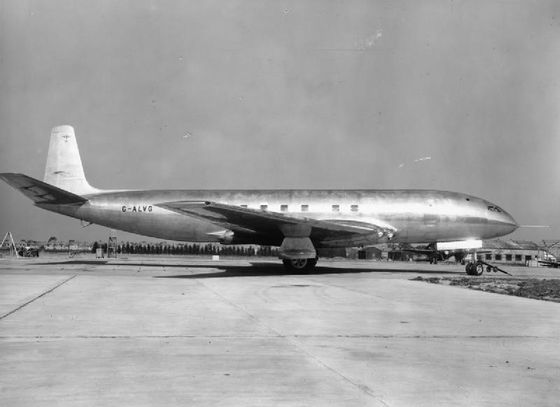 The output of the jet engine allowed the DH.106 Comet to fly at a higher resistance with less resistance, but humans had the problem of not being able to withstand such high altitude cyclones. The solution to the problem is 'pressurizing the cabin'. It is possible for internal humans to breathe even at such an altitude that the outside air becomes thinner by pressurizing the inside of the aircraft.

However, pressurizing the aircraft will put pressure on the aircraft itself. Since the corners of DH.106 Comet's window at the time had a right angle, excessive pressure was applied to the corners by the phenomenon of stress concentration . The corner of DH.106 Comet's window after 1 year of flight becomes fragile due to metal fatigue , and can not withstand pressure and collapses. A sudden depressurization has caused an accident.

The cause was found DH.106 Comet has been improved, but De Havilland Aircraft Bankruptcy. The supremacy of aircraft manufacturing came to be held by American manufacturers such as Boeing and Lockheed, and the corners of the world's aircraft windows were rounded.