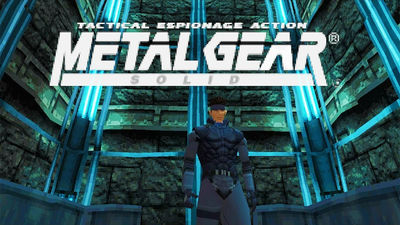 The stealth action game “ Metal Gear Solid ” released for Kobayashi from 1998 by Konami is not only a map composed of 3D and high action, but it feels as if it is an extension of reality while being set in the near future It has been highly regarded from all over the world for its worldview and hard story development. Jeremy Bleustein, who translated the PlayStation version scenario of such 'metal gear solid', speaks behind the scenes of the translation work with the game media Polygon.

Metal Gear Solid is the third in a series following the stealth action game ' Metal Gear ' and ' Metal Gear 2 Solid Snake ' released for MSX. As with the previous two games, game designer Hideo Kojima leads the development. Metal Gear Solid is a game in which cinematic production has been actively incorporated, as in the case of Mr. Kojima's masterpiece ' Snatcher ' and ' Poly Snorts ', and the amount of serifs in the game is huge as at that time. did.

The following movie is the opening of Snatcher released on MSX2.


Mr. Breustein originally came to Japan as Aon's English language teacher, but because he liked Konami's Soul Dora series and his brothers worked at Konami's Chicago branch, from 1993 to 1995 For two years at the headquarters of Konami in Tokyo. The department I was in was a small department with only about 15 people, and it was said that the sales department and the legal department were busy with paperwork. It was said that I met Mr. Hideo Kojima at that time.

Mr. Breustein had a break in his in-house smoking room during break time, meeting various people in other departments and talking. Mr. Breustein said that it is a strange Japanese culture that the implicit rule is that 'you will not chat or consult at another employee's desk without specific instructions or work'. It says. In fact, although the office itself did not have a synergy effect between the employees, the conversation in the smoking room triggered a request from the development department for an impression of the game, and asked for a translation of the game or animation. It seems so.

Mr. Bleustein, who was also in charge of narration supervision for ' Samudora the Hardcore ' released for Mega Drive in 1994, was in charge of translating Sega CD version of 'Snatcher' one day. Of. This work seems to be a great favorite for Mr. Breustein, and he corrected the translation he received, and went on a business trip to Chicago to oversee the recording.

After leaving Konami in 1995, Brostein moved to Massachusetts, where he lived with his family while translating games and animation. During this period, he was also involved in translating 'The Devil Castle Dracula X Moonlight nocturne ', and Mr. Bleustein learned that 'What is translation work?' At the same time, Mr. Kobayashi was asked by Mr. Blostein to ask that he be in charge of translating metal gear solids.

The screenplay of the metal gear solid received by Blostein is too huge. What's more, the contents are based on the mountain-like research and interviews conducted by Mr. Kojima, and the names of existing guns, locations where the United States stores nuclear weapons, the background of the Cold War, the history of indigenous Alaskans, etc. Yes.

The following is the movie that flows at the beginning of the English version of 'Metal Gear Solid' for PlayStation.


At that time, the Internet was not yet commonplace, and there were neither YouTube nor Wikipedia, and few Japanese books that Kojima would have read were translated into English. Mr. Breustein said that he did not have such knowledge at all even when translating in about six months, and that he had touched various documents and movies and learned about translation.

Translation work was done along the story. In a metal gear solid that uses a lot of movies and actively incorporates cinematographic effects, the voice actor actually blows up the lines, so it's not just to translate Japanese sentences into English, but to match the length of the cut scene It was necessary to adjust the length of serif. While reproducing the VHS tape of the movie sent from Japan, Mr. Blostein continued his translation work to rewrite the serif as much as possible without losing the nuances of the language with completely different grammar.

In addition, even in the final line of the psychic Psycho Mantis's “It's the first time I used power for someone ... this is strange, nostalgic. There is a difference between the translation by Stein and the translation in the gamecube version. The battle and conversation with Psycho Mantis can be seen in the following movie: 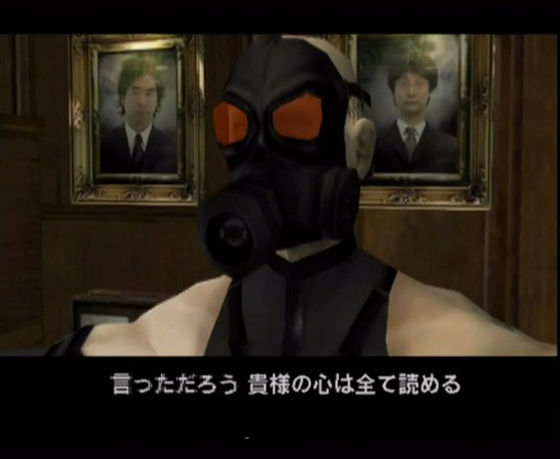 In this way, Mr. Breustein is working on translating under the will of giving English-speaking players the character and attractiveness of the character without difficulty, to deepen the understanding of the background and character of the metal gear solid character. About. When I actually recorded the line in America, the response from Mr. Kojima was good.

According to Mr. Breustein, Mr. Kojima's ear began to receive a reputation that 'the translation of metal gear solid is terrible' from that time. 'He might not have fully understood the need for 'localization' because he was not bilingual, but he seems unhappy that he did not translate faithfully,' he said. . As a result, all English translations of the 'Metal Gear' series released thereafter will be strictly checked whether they are true to the original Japanese script, and Mr. Blostein may be involved in translating the 'Metal Gear' series. It seems that it is gone.

Broystein cites the French critic Paul Valery 's words, 'It is a kind of betrayal to faithfully express only the meaning in translation,' 'Translation of metal gear solids is in the future. 'I think I must have done a pretty good job,' although I lost my job. '