What is the transition of French cuisine to its present form? 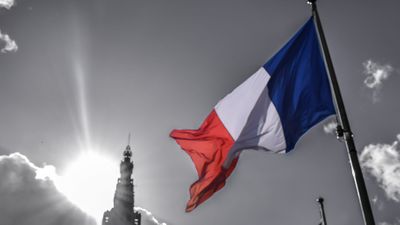 French cuisine is considered to be the greatest dish in Europe, producing a large number of dishes and a large number of great cooks, and, as indicated in 2010, that French gastronomy has been registered as a UNESCO Intangible Cultural Heritage , France Cooking is no longer a 'culture'. The writer, Wendell Stevenson, talks about the evolution of such French food into today's form.

The rise and fall of French cuisine | Food | The Guardian
https://www.theguardian.com/food/2019/jul/16/the-rise-and-fall-of-french-cuisine

The history of French cuisine until the beginning of modern age is basically about court food, and not about the food of the common people. However, in medieval French cuisine, meat dishes are seasoned in mustard-flavored sauce and eaten by hand, and pie skins are used instead of food rather than dishes. There was basically no dessert. There was still a long way to go before it was said to be a food culture. At the beginning of the 14th century Guillaume Thirell , who was later the chief chef under Charles V , wrote a recipe book ' Le Viandier ' that greatly influenced the history of French cuisine. In this book, in addition to how to make meat, fish, sauce, dessert, commentary of 'showing dish' to color the sauce using dye and cover roasted meat with gold and silver leaves It has been done, and it can be seen that French people have already been concerned about the appearance of food since this time. The food used at that time was greatly influenced by the season, and in late spring, summer and autumn it is rich in food, while in winter it is basically for cultured fish and meat salted and smoked, salted cucumber, for preservation It was said that fruits, nuts and root vegetables that were simmered in honey were the main ingredients. It can be said that the French cuisine culture flourished in full swing during the Anshan regime from the late 15th century to the French Revolution. The renaissance that took place in Italy is a downfire for religious reasons etc., but rather starts to flourish in France. One of the examples is that da Vinci, born in Florence, moved to France in the last year to complete Mona Lisa. In 1533, when the famous Medici family Katerina married Henri II and brought many cooks to France, knives and forks were imported from Italy into the French food culture. The fact that the ingredients brought back from the New World by explorers such as Christopher Columbus from the New World in the 16th and 17th centuries also contributed to the development of French cuisine at that time. One of the proofs of the development of French cuisine culture in the 17th century is the cookbook. '

Le Cuisinierfrançois ' written by La Varenne in 1651 is ' reuses the original taste of the food' by abolishing high-class seasoning such as saffron, cinnamon, nutmeg, cardamom that was popular in medieval French court food Two points are noted: the fact that the Italian-derived seasoning of mixing sweetness and saltiness equally has been abolished, and it is clear that French cuisine at that time was out of Italian influence. 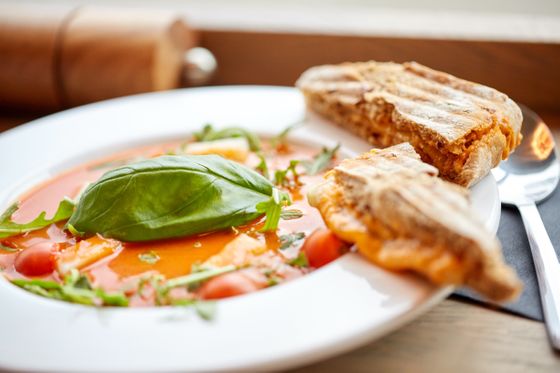 There are also two chapters on Le Cuisinierfrançois, one for regular court food and one for fasting, and a recipe for a snack that is closer to snacks than jam pies, desserts, sweets etc. It seems that many were published. Frances Mashallot 's cookbook ' Le cuisinier roïal et bourgeois ', published in 1691, is a cookery cookbook and shows that the recipe for 'simmering wine in soup' already existed . The French Revolution that occurred in 1789 is one of the turning points in the history of French cuisine. Before the French Revolution, pork and pork were separated by jobs such as pork shops and bakers, but the French Revolution eliminated those old orders. Now everyone can sell food if they wish. As a court cook who served the kings and nobles lost their jobs due to the revolution, they chose to open a restaurant across France. This made it possible to eat food that could only be eaten by the privileged class before the revolution if you could afford it. In addition, the high demand for food from the war also helped the restaurant industry.

The best cook of this era is Antonin Calame. Kareem is a cook who served French Foreign Minister Tarerin , and at the Vienna Conference in 1814, he made use of his cooking skills and became famous with Tarerin's diplomatic skills. A simple source that uses only herbs, vegetables, and several other ingredients for currymes attracts diplomats who attended the Vienna conference, and it is a legend that it has changed even the taste of taste. The curry also improved the French cuisine and was characterized in particular by the use of a soup called von , which is the basis of several dishes. Calame further simplified the complex cooking system and left the technology in a variety of cookbooks such as ' L'art de la cuisine française au dix-neuvième siècle '. 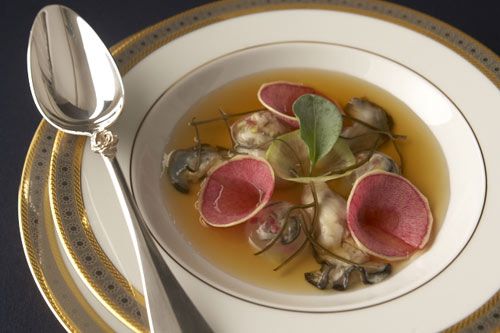 Auguste Escoffier, who appeared in the 20th century, fully popularized French cuisine that established itself throughout Europe by Calame . The work of Escoffier further simplifies the cooking of currym , publishes “ Le Guide Culinaire ” with over 5000 recipes, and stops one chef from taking charge of all the cooks, and takes charge of grilling. The person who created the concept of 'society' specializing in 'rotisserie' soup and 'patisserie' who is in charge of dessert. Escoffier is called 'the father of modern French cuisine', and Akiyama Tokuzo, who has become the protagonist of novels and dramas as 'the emperor's cook number ', is known for receiving Escoffier's teachings. After World War II, there was a culinary style called “

Nouvelle cuisine ” (new dishes), and the French culinary world was constantly changing, with the Nouvelle cuisine also showing a movement to return to classicalism, “French Roberuchon , who was called the Emperor of France, Alain Ducasse , who is the youngest Michelin star ever and has won three stars in different countries, modern French cuisine such as new-style French cuisine Nouvelle cuisine, etc. New cooks and cooking cultures have appeared in the world. However, according to Stephenson, there is a crisis of French cuisine that the cuisine outside France is booming in recent years, 'Now Paris is an Italian cafe where Australians offer cappuccino, and lime juice Mojito The cafes that offer are very popular, Asian food is also highly received, and all the tables, not the tables, have a counter-style ramen shop, and above all, Alain Ducasse has French cuisine as 'the ideal lunch ' Instead, I mention the cold buckwheat noodles from Tokyo, ”he says, about the decline in the influence of French cuisine.