Adobe announces 'Emoji Emoticon Trend Report 2019' which shows 'How much did emoticon penetrate in everyday life?' 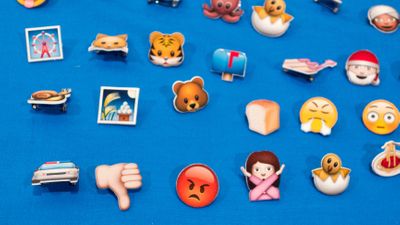 Pictographs that represent human expressions, hand signs, animals, etc. are widely used all over the world, and in recent years new pictographs have been added to Unicode , which is the industry standard for character codes. Adobe that supports such emoticons in Illustrator , Photoshop, etc. announces ' Emoji Trend Report 2019 (Emoji Trend Report 2019 )' in accordance with 'World Emoji Day (World Emoji Day)' on July 17, 2019. did. The report surveys 1000 people living in the United States, and you can clearly see how well emoticons are in people's lives.

Adobe created a 10-minute online survey of 1000 people who lived in the United States and used pictograms frequently to create this report. The survey period was May 8-15, 2019, and the respondents were people aged 16-73.

When asked why the respondents used pictograms, 62% answered that they wanted to make conversation more fun. In addition, 42% of people answered, 'If you use pictograms, you can convey your thoughts and feelings rather than just typing letters.' Among the Generation Z generations born after 2000, 58% are emoticons. It turned out that people think that they can convey their feelings better than letters. 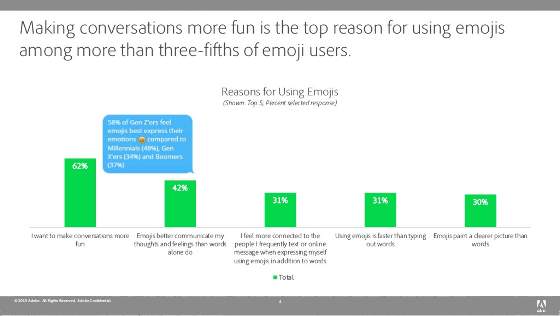 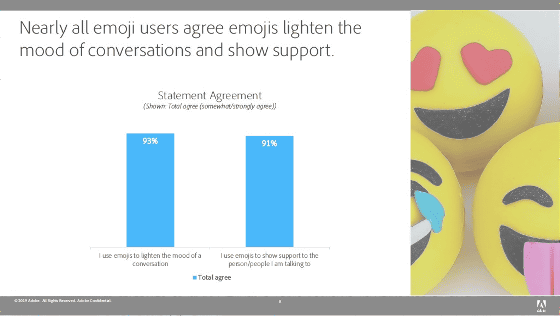 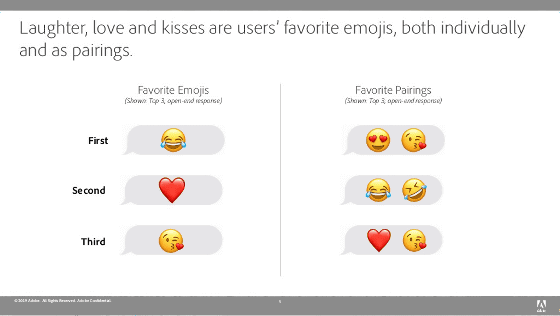 About 94% of the users think about the benefits of Emoji, 'Emoji can communicate across language barriers,' 90% say 'I can share ideas and ideas instantly with a small number of Emojis,' and 81% People answered, 'The people who use pictograms feel friendly and friendly.' 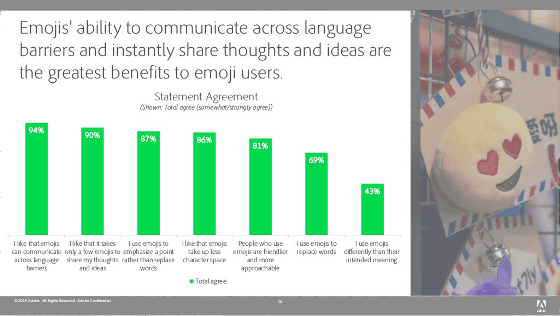 It also turns out that 65% of emoji users feel that 'it's better to use emoticons to express emotion than talk on the phone' that Adobe has found interesting. Especially in Generation Z generation, 83% prefer pictograms over telephones. 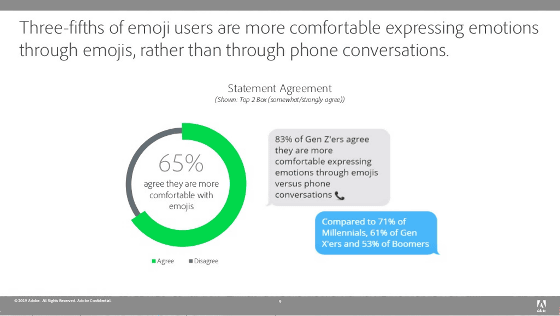 Also, 78% of respondents answered that 'Emoji should continue to be easy to use for many people' ... 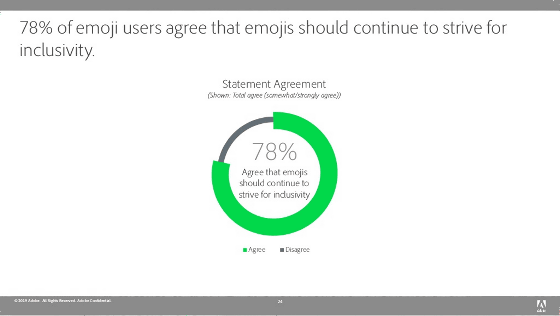 It seems that 73% of people want more customization that reflects their identity in emoji. 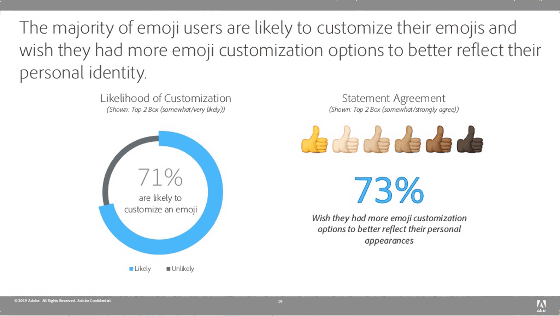 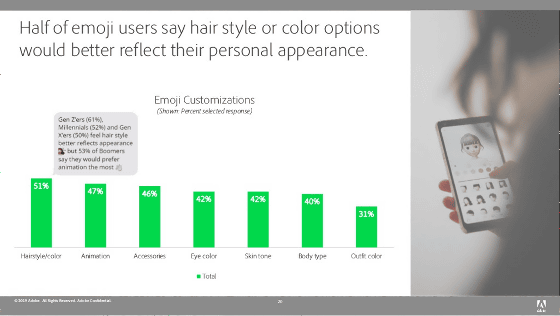 Some people may feel that 'it's impossible to use pictograms for work exchanges!' But according to an Adobe survey, 61% of users say that they use pictographs while at work. 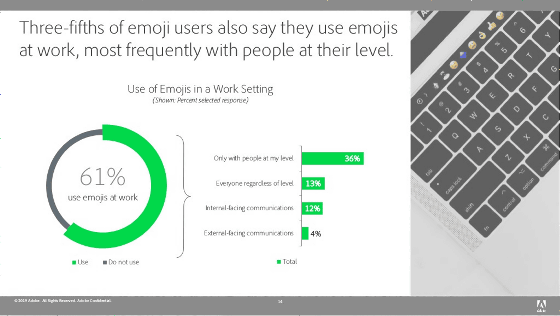 In addition, 78% of the emoticons used at work have a positive affect such as preference for the other, and 74% feel that 'the positive news and feedback will be made more honest'. The popularity of emoticons continues to grow, and we can see that emoticons are pervading communication in everyday and work situations. 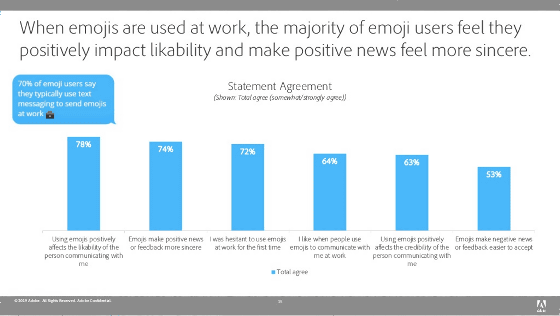 In addition, pictograms are also effective for emails and text messages directed to customers, and the majority of users answered that 'If the subject line of the email contains pictograms, it will be easier to open the email.' 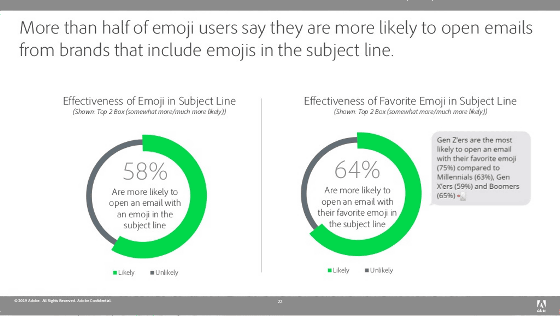 Sixty-five percent of the respondents said, 'I think that pictograms will develop further in the next five years,' said Adobe, saying that pictographs will be easier to use and will be widely accepted socially. 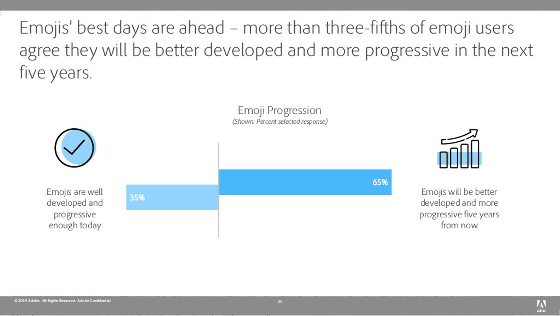