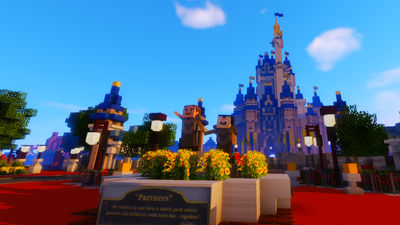 An artificial intelligence (AI) assistant who can work with human players on Minecraft , the world's best-selling game, with a cumulative total of more than 176 million units sold worldwide. Facebook's AI research team announced a platform ' CraftAssist ' for implementing CraftAssist's AI bots can place and destroy blocks, and by combining language, perception, memory, and physical behavior within the game while communicating with human players via text-based chat. Can perform complex tasks such as architecture.

CraftAssist is a platform for implementing AI bots that can collaborate with human players on Minecraft. As the development of CraftAssist progresses and the scope of “collaboration with human beings capable of AI bots” expands, it may be possible to realize more than just support by AI bots.

CraftAssist is open sourcing the framework and publishing it on GitHub to encourage the AI research community to use CraftAssist for AI related experiments. Among the published data are phased data on human players when building a house on Minecraft, semantic segmentation data, large natural language semantic analysis data sets, etc. It is said that 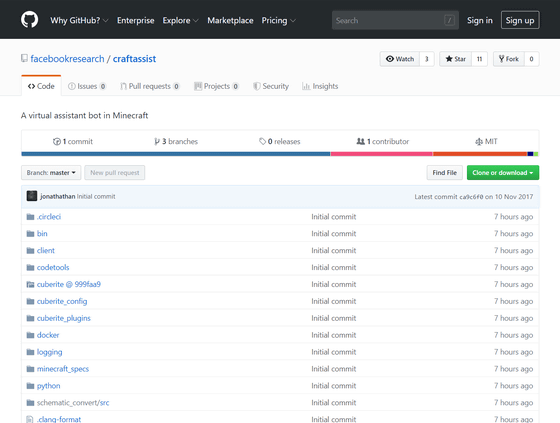 CraftAssist allows human players to interact with AI bots through a standard Minecraft client. Of course it is also possible to interact with multiple human players. By using ' Cuberite ', an open source extensible minecraft compatible game server, researchers can record game sessions (in-game language communication and actions) to generate AI training data. Can. The basic AI bots included in CraftAssist had human participants create data of more than 2,500 different types of buildings in Minecraft and data from communicating with humans. It is said that it is what was trained by the data of the occasion.

The following video shows a human player and CraftAssist's basic AI bot working together on Minecraft. If you ask the bot to build a circle, the bot will automatically build a circular building.

According to Facebook, the design of the basic AI bot is modular, and researchers use the AI bot for experiments, or 'language' 'perception' 'memory' 'physical' which is input information for the bot It is also possible to conduct research on AI that has narrowed down to any element of

For example, if a human player tells CraftAssist's basic AI bot to 'build a house next to a blue cube', the language understanding module will create a program from the content entered in the chat and 'move to a specified destination' And a high level of required movement such as building 'Architecture'. Then, the storage module recognizes 'blue', 'cube', etc. from text, recognizes tagged objects present on the field, and creates a move task based on the coordinates of the blue cube. 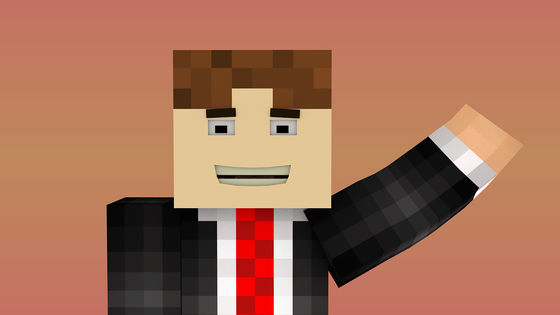 Facebook researchers say that in the long run, this will make the AI assistant more broadly responsive, especially more flexible, in terms of developing collaborative AI bots on Minecraft using CraftAssist. The purpose is to be able to respond to various events. '

Machine learning works well for 'although difficult but well-defined tasks', but the task is specified ambiguously, especially for tasks specified by humans using language It seems that many tasks are still difficult to perform well. CraftAssist is a platform for developing an AI that can accurately recognize and execute such 'human-specified ambiguous tasks', and in that respect it has a 'long-term effect' advantage over machine learning. It means that.

Note that Facebook's CraftAssist is not the first attempt to develop an AI on Minecraft. Microsoft acquired Mojang, the maker of Minecraft in 2016, and announced a project called 'Project Malmo'. 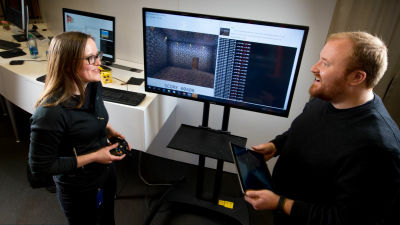