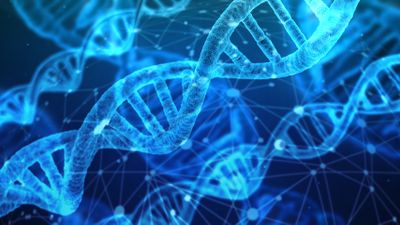 Modern humans has been the spread around the world to Africa as a source, but in the process became extinct about 20,000 years ago, Neanderthals and, branching off from the Neanderthal denisovan has become clear that you have crossed . As a result of further DNA analysis, it has been found that there are traces of “two unknown human beings” that have not been confirmed so far in modern human DNA, and have been crossed with modern humanity in the past.

The 'Ghosts' of 2 Unknown Extinct Human Species Have Been Found in Modern DNA
https://www.sciencealert.com/two-unknown-species-of-ancient-extinct-hominids-have-been-identified-in-modern-dna

When humans spread from Africa to the Eurasian continent, Neanderthals and Denisians were already believed to have lived in many places even older than humans. Among them, humans are able to cross and their DNA has been found to be passed on to modern humans.

The research team of João Teixeira et al., Who study biology at the University of Adelaide in Australia, found that, in addition to Neanderthals and Denisians, the DNA of two kinds of 'previously unknown human races' is inherited in human DNA. Announced that Mr. Teixeira says, 'We each have genetic traces of past hybridization events.' 'The unknown human groups discovered this time are widespread, genetically diverse, and within our DNA. The story of the extinct humanity is an integral part of how we have evolved. '

By carefully analyzing modern human DNA with the help of AI and others, the research team discovered traces of two types of 'extinct and unknown human beings.' Furthermore, Teixeira and others investigated where the cross between humans and unknown humans occurred. For example, according to Teixeira, about 2% of modern human DNA comes from Neanderthals, 'which means that humans were able to cross Neanderthals soon after they left Africa. Crossing events probably occurred in the Middle East around 50,000 to 55,000 years ago, ”said Teixeira.

Subsequently, while human ancestors moved eastward on the Eurasian continent, that is, toward India and Southeast Asia, humans encountered a new group of human beings who were not Neanderthals. 'It seems that at least three other human species lived in Southeast Asia, and they were crossed with humans before they became extinct,' Teixeira commented. 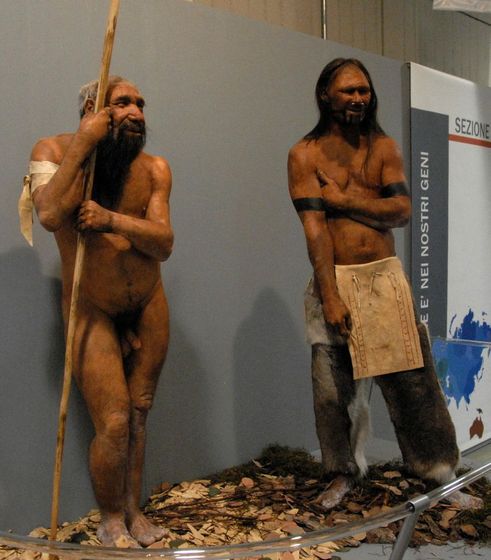 EH1 is genetically equidistant from the Denisians and Neanderthals, and it is speculated that Asian and Papua ancestors crossed with EH1. It is said that the DNA of EH1 has been inherited by about 2.6 to 3.4% for modern Asian and Papua DNA. Because people who inherit EH1 DNA have been discovered from East Asia, the Andaman Islands , and Australian indigenous peoples, the research team estimates that humans have encountered EH1 in northern India. In addition, it is believed that after crossing with EH1, humans were crossing with the Denisovians, and hybridization occurred in East Asia, Sunda Islands , and the Philippines.

Subsequently, it is believed that past humans have also made small-scale crosses with EH2 on Flores Island in Indonesia. The DNA of EH2 seems to be found only in the short stature people who live near the Lian Boa cave where the small human genus Homo floresiensis found in Flores island was discovered among modern humans. Therefore, the EH2 gene is inherited only in a very small population and has not spread to other areas. 'It was known that the process of human spread from Africa was not simple, but human history seems more complex than previously thought,' Teixeira comments. It seems that another humanity group has been living long before the arrival of humans around Southeast Asia, but unfortunately it is believed that the arrival of humans has made ancient humanity extinct.