The Bank of England announced that it will use the mathematician

Alan Turing , who has been known for his great achievements in deciphering ' Enigma ', for the portrait of the new 50-pound bill. Banknotes containing Turing's portrait will be distributed by the end of 2021.

Alan Turing to be the face of new £ 50 note | Bank of England
https://www.bankofengland.co.uk/news/2019/july/50-pound-banknote-character-announcement It was Alan Turing who was chosen from this. 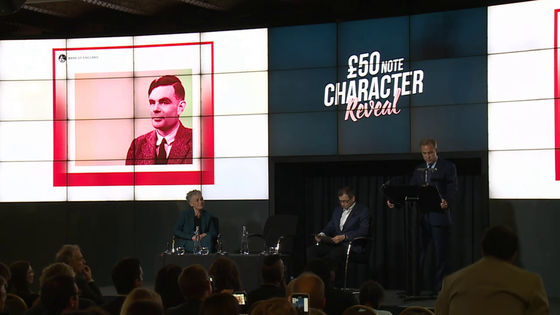 The portrait of Turing used for banknotes was taken in 1951. The table and formulas of the paper 'On the number of computable numbers' written by Turing in 1936, and the pilot aircraft of

ACE designed by Turing were designed as designs. It is treated. 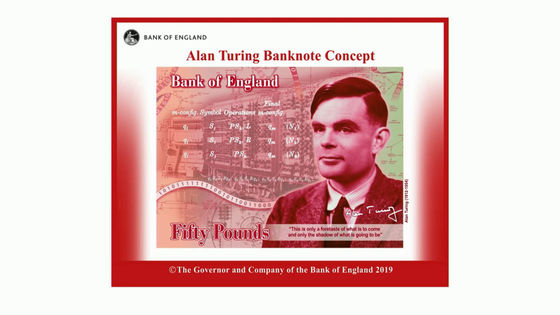