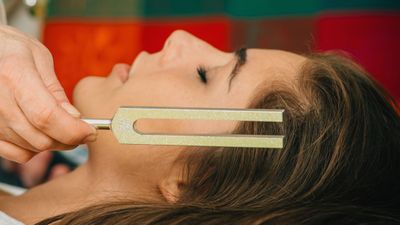 There is no silence in quiet spaces such as someone's sweep, air conditioning motor noise, chair squeak, keyboard typing, etc. Although many people should be concerned about noise, it has been reported that noise may rather boost human cognitive function.

It could be boosting your performance Like to work with background noise?
https://theconversation.com/like-to-work-with-background-noise-it-could-be-boosting-your-performance-119598

Stimuli received from the senses of hearing, taste and touch are processed as signals in the brain. It is a phenomenon called “ probability resonance ” that when such “noise” is mixed with such signals, the performance is positively affected. Stochastic resonance has been confirmed to be effective in animal experiments, etc. If electrical noise is applied to crayfish caudal fins, better evasive action will be taken, or sensing of electrical signals to prey on small fish Studies have shown that applying a noisy electric field to a well-known gill sturgeon improves its predatory ability . Furthermore, we also know that the “optimum noise” differs depending on the individual. 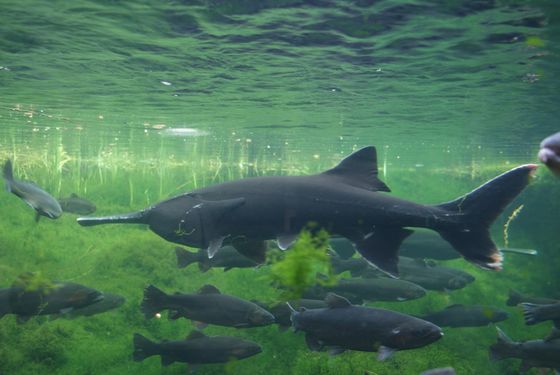 The author of this presentation, Ono van der Groen, is a joint study with his colleague Nicola Wenderros at the Zurich Institute of Technology in Switzerland, from electrodes placed on the scalp to random amplitudes and frequencies from the electrode on the human brain We conducted

experiments using transcranial random noise stimulation (tRNS), in which an alternating current flows. As a result of the experiment, it was found that when tRNS provided the optimum electrical noise, visual performance improved more than when nothing was applied.

Research results supporting the experiment have also been reported. An experiment by a research team at the Queensland Brain Research Center found that tRNS provided humans with electrical stimulation that made decisions on ambiguous problems accurate and quick. Furthermore, according to Mr. Groen's additional experiment , it was confirmed that tRNS also affects the illusion.

Through a series of studies, Mr. Groen concludes that giving a noisy stimulus to the brain affects perception and decision making. With this conclusion, Mr. Groen explains that not only electrical stimulation but also noise such as voice can affect the brain. 'If you prefer to work in a noisy environment,' Mr. Groen commented that it is safe to argue that the noise is improving performance.