We tried eating Wendy's First Kitchen with 3 kinds of new Burgers and 2 kinds of pasta such as 'Summer Vegetables BBQ Burger' full of BBQ vegetables and plenty of summer vegetables &amp; meat 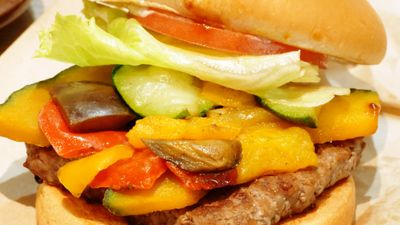 From July 11th (Thursday), the First Kitchen & Wendy's First Kitchen will have a hot pasta that will make you punchy in hot summer! At the storefront, a panel was popped up to show that a new summer menu had appeared. 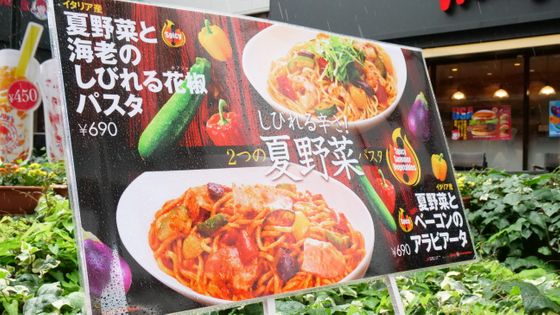 It is a fragrant pasta with summer vegetables and shrimps, and an Arabian vegetable and bacon (both incl. 690 yen). 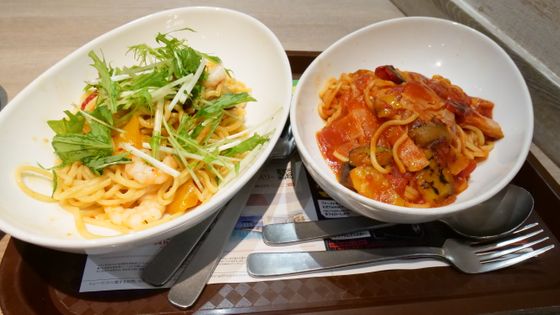 First of all, let's eat from summer vegetables BBQ burger. 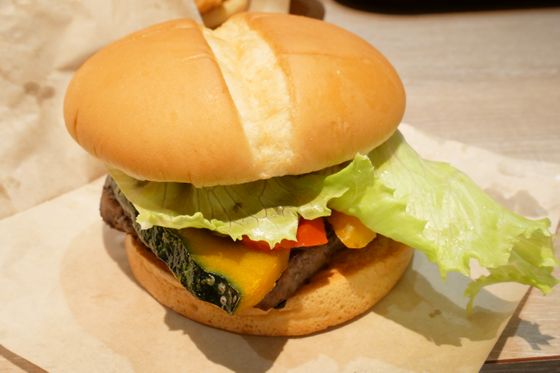 It looks like this when comparing the size with traffic IC cards. 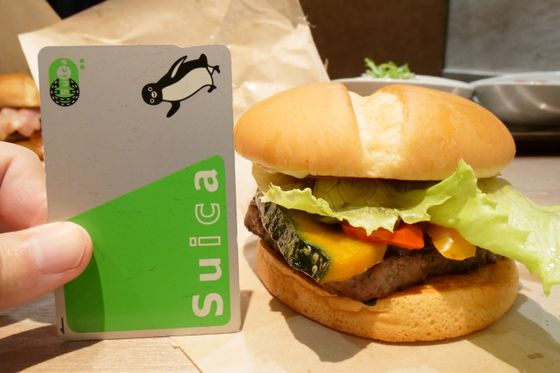 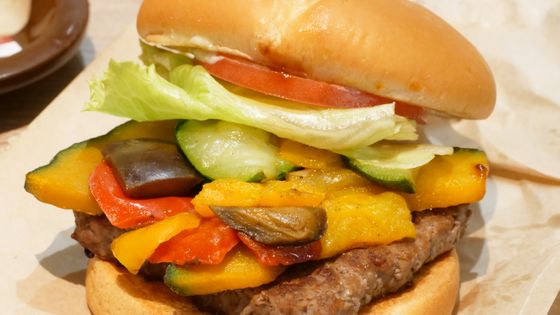 At the end of the bite, the sweetness of vegetables, mainly pumpkin, and the flavor of beef spread throughout the mouth. The BBQ sauce, which is included between beef patties and vegetables, is based on Worcester sauce and is added with tomato paste and mustard, and it has both sweetness and moderate acidity. Because this BBQ sauce brings out the taste of summer vegetables with plenty of sweetness like fruits, I was able to taste the juicyness of vegetables & meat along with beef patties. 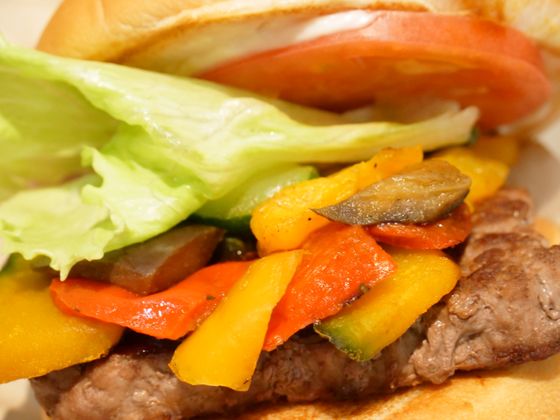 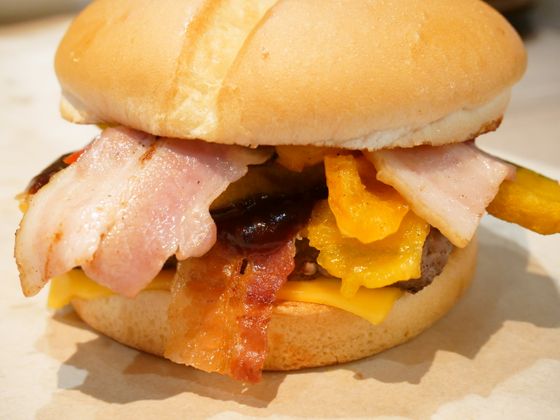 precooked bacon , pumpkin, grilled summer vegetables, smoked bacon from below. The cheese is two sandwiches above and below the beef patties. There are only two types of pre-cooked bacon, which is also used as a regular menu for the baconator, and bacon smoked with cherry trees, and when you try it, the smoky flavor of bacon comes out to the front . However, the taste of beef patties was not lost, and it was felt that the taste of smoky bacon and beef's double meat was added to the flavor of fruity vegetables and it was an excellent dish to enjoy the trinity taste. 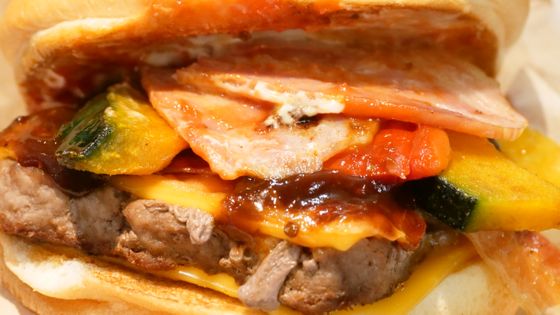 Crispy fried chicken tastes light compared to beef and bacon. This made it possible to maximize the smokey richness of BBQ sauce, the juicy sweetness of summer vegetables such as paprika and eggplant, and the sweet and sour taste of sliced tomatoes. It is finished as a recommended burger for those who want to fully enjoy summer vegetables with a simple chicken. 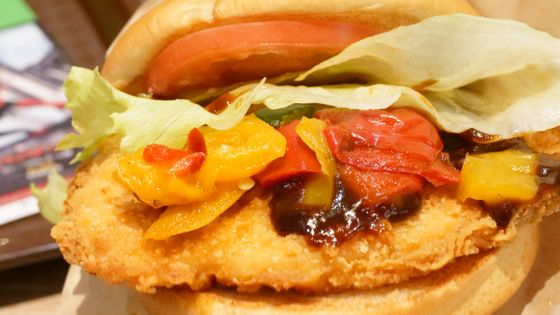 Next, I will eat flowering pasta with summer vegetables and shrimp. 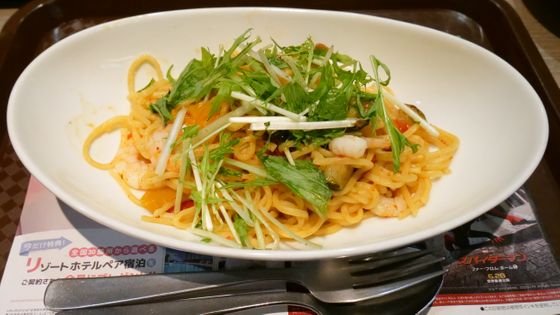 This is the size of the plate compared to Google Pixel 3 with a long side about 14.5 cm. The pasta dish contains summer vegetables such as grilled red and yellow paprika, zucchini and eggplant and prawns, and the top of the plate is served with Mizuna. The first thing I felt when I ate a bite was that the smell of the flowers in the sauce was quite strong. The sauce seasoned with garlic, bean paste, and anchovy paste is full of different stimuli than simple hotness. On the other hand, the sweetness of summer vegetables was clearly felt when the tongue got used to the stimulation while eating. It is a pasta where you can taste the ingredients such as prawns and summer vegetables that have been riply without getting tired, because you can taste the complex stimulation, the spicy taste, and the sweetness of juicy summer vegetables in order. 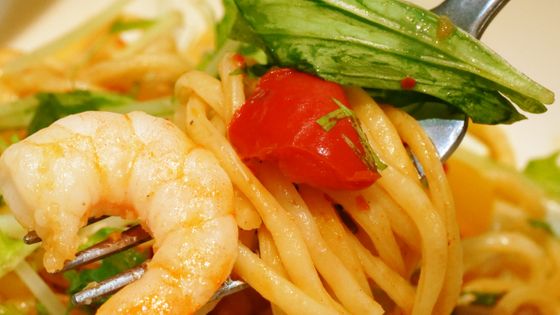 The last thing I ate is the summer vegetables and bacon arabiata. 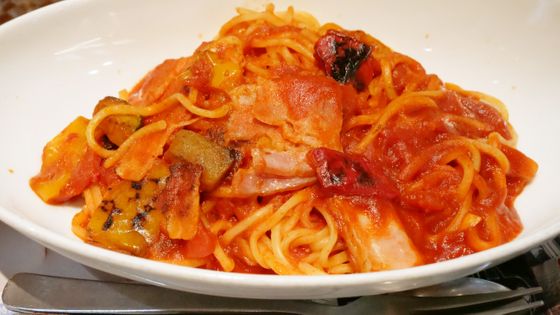 The red tomato sauce is a bit confusing, but the ingredients are bacon and grilled paprika zucchini eggplant. The taste changes with the flowering pasta, and the simple hot chili pepper is effective. Not only hot, but also the hot taste of bacon and the sweetness of summer vegetables live well. 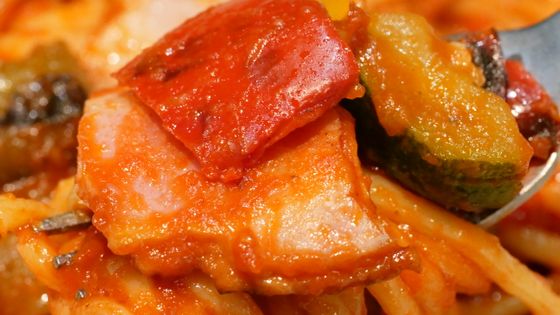 When I topped the powdered cheese in the store, the hot tomato sauce and bacon with chili peppers were combined with the rich cheese to make it excellent. The pungent taste is so strong that it will be late, so people who are not good at hot spots need to be careful.