What is the truth about the dentures of America's first president George Washington? 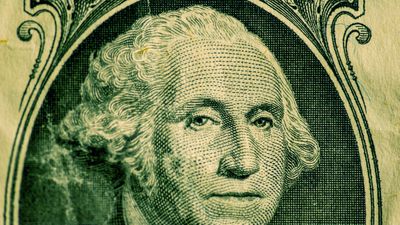 The first president of the United States, George Washington, has a variety of legends, including the anecdote that confessed that he had cut the cherry tree and famous in the United States, 'Washington had a dent'. An academic media, The Conversation , explains such a legend related to the teeth of Washington.

With his dentures, made from hippo ivory and maybe slaves' teeth
https://theconversation.com/george-washingtons-biggest-battle-with-his-dentures-made-from-hippo-ivory-and-maybe-slaves-teeth-119271

The view that George Washington's cherry blossoms anecdote is a creation of later years is largely the case, but it is undeniably true that Washington had serious tooth problems. Young Washington is in the French-Indian War , but it is believed that from this time teething had already begun.

For example, during the war, Washington wrote in a letter to his brother that 'the sound of flying bullets is like a whistle and has a mysterious attraction,' but in the diary of the same period 'to remove teeth It is because there is a sentence that 'I have paid Dr. Watson 5 shillings '.

Also, some Washington portraits left by the American painter Charles Wilson Peel appear to have a cut on the left cheek, which is believed to have come from an open surgery that drains the pus of the teeth . 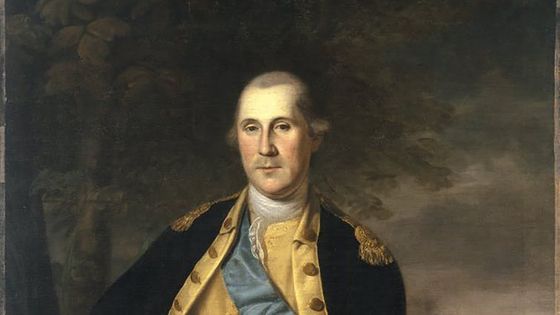 Washington did not care for his teeth, but he knew he was doing it aggressively, and the wartime record alone bought dozens of toothbrushes, a large amount of toothpaste and a

tincture for the mouth. That there is evidence. However, no effort was made, and at the age of 57, when he became the first president, there was only one own tooth left.

The New York Medical Academy contains the dentures that Washington used at this time.

In honor of #PresidentsDay , here's an inside look at George Washington's lower denture and last remaining tooth that are part of our library's collections, via @untappedcities : https://t.co/6fdObyid2T pic.twitter.com/1jswSTtzAF

This lower denture was created by New York dentist John Greenwood, and the gap is visible because there is a hole through which only one remaining tooth passes. The material used hippo fangs and human teeth. Washington also ran a large black slave farm, so it may be said that they were forced to pull out the slave teeth, but at that time it was common to sell them as a means to earn money. The fact is not known because it was done.

Because of this denture, Washington is known to dislike public speaking, and the second inauguration speech given at the Philadelphia Senate on March 4, 1793 was only two minutes, It was the shortest as the inauguration speech of successive presidents. The number of words used in this speech is only 135, which is far less than 272 for the Gettysburg speech of Lincoln , famous for its simplicity.

It seems that he hadn't had his own teeth for a long time, and there was a full metal denture in a private residence in Washington in Mount Vernon .

At that time there was no 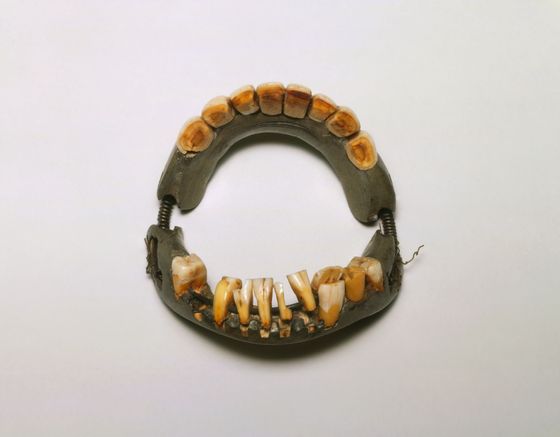 However, as this denture popped out of the mouth by the force of a spring as soon as it was released, it was necessary to close the mouth firmly in order to keep it in the mouth properly. Such a secret was in the face of Washington, which was firmly tied up in a

portrait that turned into a dollar bill.