If there are 30,000 followers, the UK authorities judge it as 'celebrity on SNS' 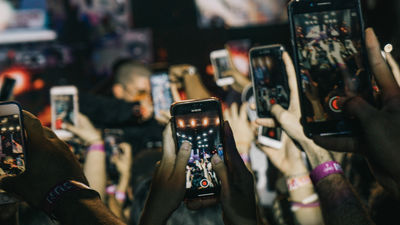 As SNS integrates as part of life, the influence of “ influencers ” with many followers etc. is expanding. The British authorities say that the criteria to determine if you are a celebrity on SNS, which is a kind of influencer, is 'whether there are 30,000 followers'. In February 2019, a lifestyle blogger with 32,000 followers on Instagram posted photos and comments on anti-histamines and sleep aids marketed by the pharmaceutical company Sanofi on SNS. However, as celebrities advertise drugs, Instagram ads are not permitted under British law, and the British Advertising Standards Agency (ASA) views Sanofi's advertising practices.

Sanofi, on the other hand, has 32,000 followers of lifestyle bloggers, which is far less than celebrities like Stephen Fry (359,000 followers) and David Beckham (55 million followers). Insist that there is.

However, ASA made the final decision on the issue, 'as Sanofi claimed, the number of followers in the account was small (compared to celebrities like David Beckham), but 30,000 Having more than a few followers indicates that 'the account can draw considerable attention.' And if there are more than 30,000 followers, we conclude that Sanofi's advertising with the influencer is illegal, as it is sufficient to be considered a celebrity under the British Advertising Act. Did.

In the United Kingdom and some developed countries, the law regulates the act of promoting products by celebrities and others. However, the decision of ASA this time may cause even the influencers with many followers to prohibit the advertising activities on SNS. In the United States, the Federal Trade Commission tried to fine a set of YouTuber advertising its popular FPS Counter-Strike: GO bet site 'CSGO LOTTO', but in the final settlement the fines were exempted It has become.

Since that time, the Federal Trade Commission has been following the existence of 'people doing advertising on social media without revealing their relationship with the product they advertise,' but American law advertises rather than the size of the followers As it is determined that advertising activities are focused on 'relevancy' of goods and accounts, it seems that 'the advertising activity is not NG because the scale of the followers is more than tens of thousands' as in the UK. According to the latest guidance from the Federal Trade Commission, the best cases are basically blogs, movies or social media, when talking about products, services or businesses It is considered important to clarify “relationship”.