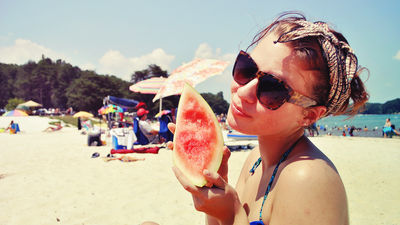 The summer of 2019 also heat wave struck various parts of Japan, Hokkaido is at the end of May 2019 Saroma as the temperature in May in the national all-time high of 39.5 degrees recorded was. Such an intense summer heat is observed not only in Japan but also in the world, and the Copernicus Climate Change Service, which observes global climate change using satellites from the EU, says, 'If you look at the whole world, the average temperature in June 2019 Is the hottest ever in history, particularly in Europe, where it has recorded unusually high heat levels at an unprecedented level. ' 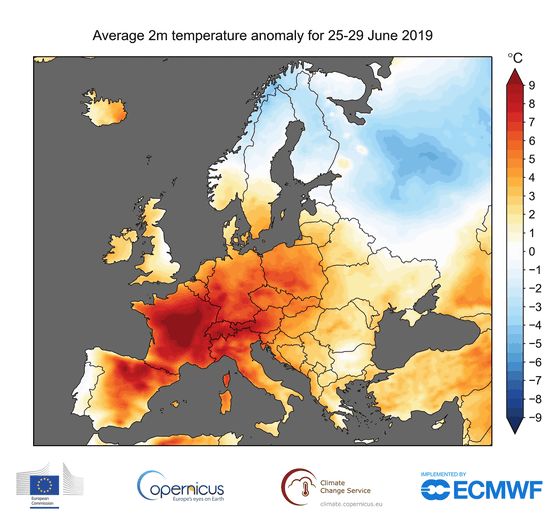 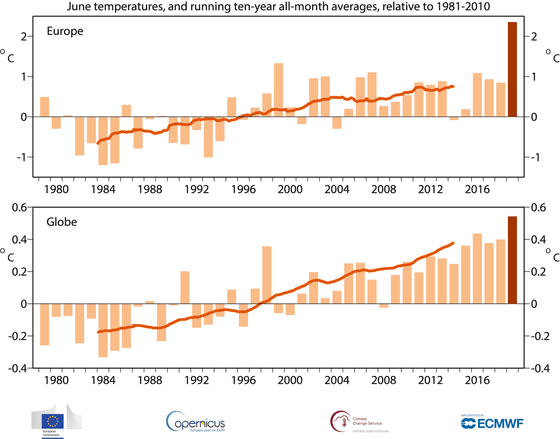 Below is a graph with the same content, with a longer span from 1880 to 2019. If we look at 140 years, we can clearly see that the average temperature of the whole world is on the rise, and that the heat of June, 2019 in Europe is at a remarkable level even in the past 140 years. 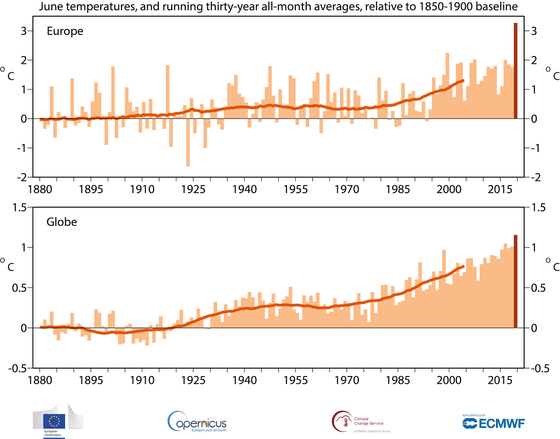 'The temperature in southwestern Europe at the end of June was found to be unusually high,' said Jean-Noel Tepo , head of the Copernicus Climate Change Service. An unusual heat may be observed again and again. '