How do NASA and volcanologists see the eruption of Mt. 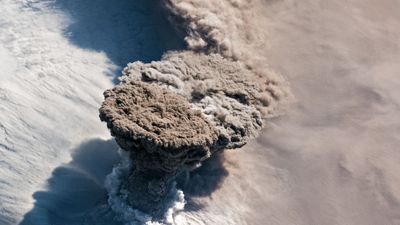 Raikkot Island , located in the central part of Kuril Islands , is a volcanic island with an elevation of 551m, which forms Mt. At dawn on June 22, 2019 (Saturday) Japan time, Mt. Paleometer erupted at intervals of 90 years or more from the last eruption , and NASA astronauts and satellites took photographs etc. immediately after the eruption. And volcanologists are closely watching the effects of large eruptions.

Mt. Paleo-Ekisan is not a volcano that erupts so frequently, and the last eruption was made in 1924, and 1778 in front of it. The 1924 eruption affected the depth of the crater and the contours of the entire island, and the 1778 eruption was so large that about a third of the summit was destroyed.

Although it is a thunderbolt mountain which had been dormant for over 90 years, it erupted for the first time in a long time on June 22, 2019. Volcanic gas and ash spewed from a crater about 700m wide, and the height of the smoke reached about 13,000m. The flame column of Lightning Paleometer is a level that can be observed from space, and was observed and photographed by astronauts and observation satellites of the International Space Station .

This is a photo taken by an astronaut. You can clearly see how the plume spews up from the crater and spreads like an umbrella in the sky. The density of the air decreases as the altitude goes up, and the smoke spreads in the lateral direction by reaching a neutral state where the density of the smoke and the air are balanced, so that an umbrella-shaped area is formed. 'It's a great image. I remember a photo taken by an astronaut 10 years ago, when the volcano Erupted (Salichev) erupted,' said Simon Kahn, a volcanologist at the Michigan Institute of Technology. It is pointed out that the water vapor that appears in the lower part of the plume is likely to be the condensation of the steam generated as the surrounding air was drawn into the plume, or the result of the surrounding seawater being heated by the magma. You 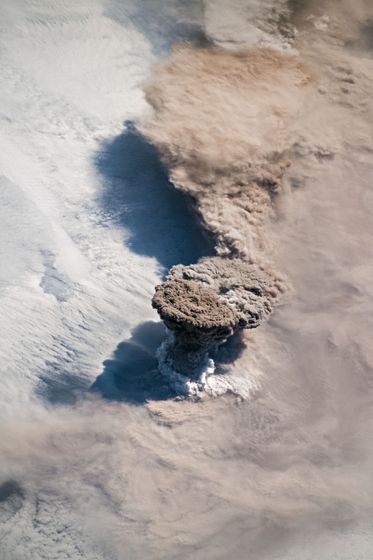 Tera , NASA's earth observation satellite, uses MODIS , a visible / infrared radiometer, to take pictures after the eruption. The lower image taken by Terra shows that the ash blown up by the eruption is swept away by the strong wind and spreads from west to east toward the Pacific Ocean. Since the plume contains sharp rocks and fragments of cooled and hardened glass, magma continued to be observed as potentially affecting the aircraft flying around. Data from the Earth observation satellite, CALIPSO , suggested that the plume could have reached a height of up to 13 km. 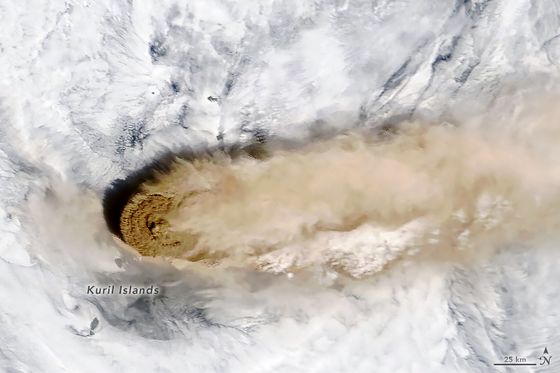 Kahn pointed out that fumes have likely reached the stratosphere because of the fact that the ambient sulfur dioxide concentration has risen over the past two days. The smoke that reaches the stratosphere stays longer in the air than the smoke that stays in the troposphere , so it has a stronger impact on aircraft and climate. Volcanists will keep their eyes on trends and effects of fuming.