A man whose gadget share service steals a camera over 300,000 yen and is not compensated 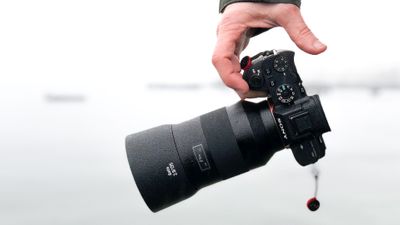 KitSplit, a share service specializing in large gadgets, is a service that allows owners of expensive digital devices such as drone and cameras to receive usage fees by lending them to people who need them. Johan Ko who rents a camera kit of $ 3500 (about 370,000 yen) using such KitSplit not only has been fleeing with the camera from the lent partner, but can not receive any support from KitSplit Accused of

Ko, who registered with KitSplit, read the contents of ' Trust and safety of KitSplit ' on the home page and thought that it was a highly reliable service. KitSplit provides a short-term insurance service for rental of gadgets, and the page states that users who want to use gadgets have been approved to use the service after their own review. Also, if you encounter any problems, we will be able to respond 24 hours a day, so Mr. Ko has registered the gadgets he owns on KitSplit immediately.

Then, under Ko, there was an inquiry from a person named Mark saying, 'I would like to borrow the Sony α7 III kit of digital single-lens camera.' After the exchange on KitSplit, Mark paid a rental fee of $ 89 (approximately 9500 yen) per day, and Mr. Ko signed a contract to obtain $ 70 (approximately 7500 yen) excluding KitSplit's share. The

Mark promised to receive the camera from Mr. Koh at 7 am the day after the inquiry, and to return the camera a few hours after using it for morning photography. But even in the evening, Mark did not come back with Mr. Ko's camera, nor did he reply to Mr. Ko's message. 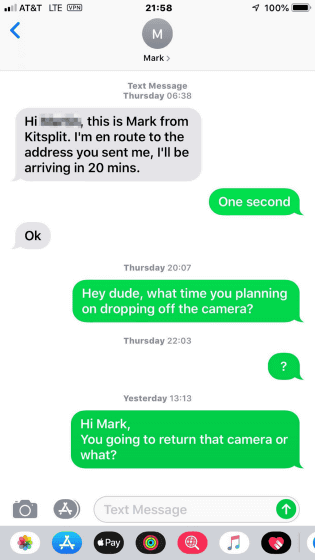 After having taken away a camera that cost as much as $ 3500, Ko was about to get a hole in his stomach, and immediately contacted KitSplit. KitSplit replied in an 'E-mark does not respond to our call, but we still want the camera to be returned' and responded that we will contact you again.

However, Ko's expensive camera was stolen and he was not able to find out whether KitSplit was able to compensate for his camera. Koh read

the page about the gadget insurance , 'Ok, my gadget is insured by KitSplit, so the camera will also be paid back. In the worst case, I will subscribe. It is safe to say that you should be able to save with the insurance. 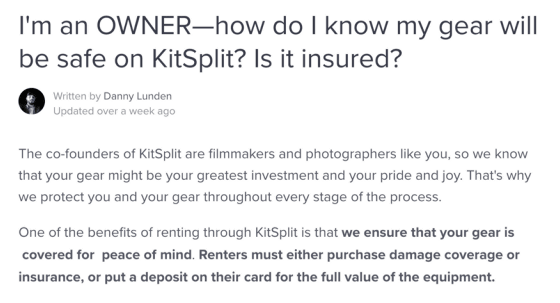 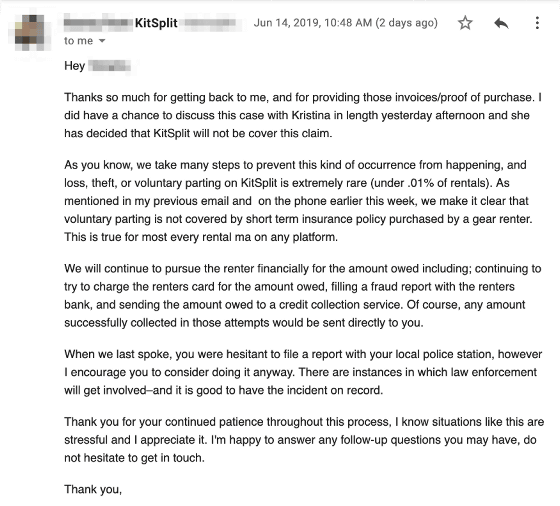 Mr. Ko who found out about the voluntary parting on the page of KitSplit immediately discovered that there was a mention in the '

Terms of Use . There was a statement that 'KitSplit is not responsible for user fraud or fraudulent activity, voluntary parting, theft of gadgets, loss caused by fraud through KitSplit'.

Ko, who saw this sentence, was confused that KitSplit clearly stated that he was not responsible for compensation for the gadget. 'I wonder if I wrote in the same way in places other than these terms of use?' Mr. Ko is a page of KitSplit that wrote about voluntary parting , 'If a problem occurs, KitSplit will quickly become an insurance partner I will request a repair or replacement. ' He was disappointed that his attitude towards voluntary parting was disjointed here and there.

Unfortunately, Mr. Ko, who felt that KitSplit's compensation was not likely to be obtained, contacted the insurance company he had joined. So, when I talked about the events related to KitSplit, it is said that 'Sorry, compensation for voluntary parting is not covered'. Voluntary parting is a rare case and is often excluded from many insurance services as it is often associated with fraudulent act of spoofing insurance.

Ko, who reluctantly contacted KitSplit, had hope that 'a safe and reliable community should surely do the right thing.' Also, the

However, the response from KitSplit was only written as 'I'm trying to contact the borrower but it has been denied' and there was no sign of compensation.

Even if we talk directly with the person in charge, the answer is only that 'We can compensate for damage such as damage or the case where the borrower suffers theft, but we do not cover the voluntary parting.' Koh testified that it was very frustrating. 'If a third party doesn't compensate well in the event of a problem, who will lend the important gadget to a stranger?'

In a phone call, KitSplit explained, 'In the past, there have been cases where we have recovered gadgets worth $ 200,000 (about 21.5 million yen) in cooperation with

In addition, when asked how the mark that carried away the camera slipped down the KitSplit's examination, 'I stole the personal information of Mr. Mark, who is a real photographer, and registered using Mark's photo without permission. It will be answered. To see if KitSplit's screening is actually working, Koh checks if the account is valid even if he changes his registered photo. So the photo and the name went to the professional basketball player Kobe Bryant and the Artichoke account remained valid, without being banned. 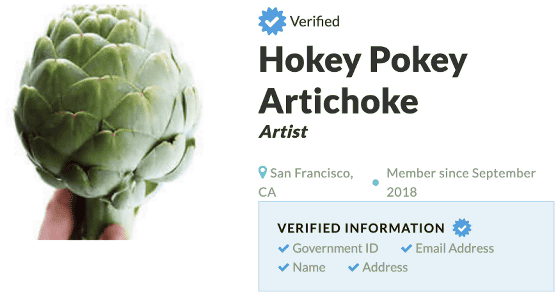 Under the same circumstances, under Mr. Ko who was disappointed with KitSplit's support, Jane's KitSplit user received an email saying that 'the gadget was stolen to the same user who also gave himself the mark'. Jane was contacted after reading about the case of the voluntary parting that Mr. Ko encountered in KitSplit. 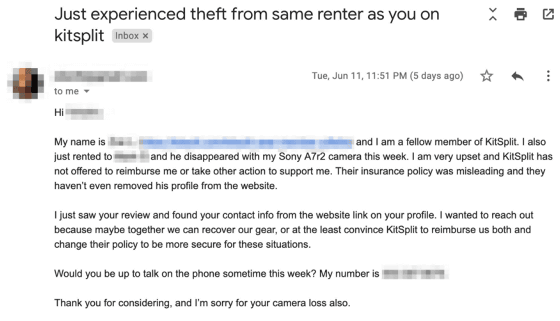 The two people who talked about each other's situation also shared the correspondence of KitSplit. Then, the mail sent from KitSplit to Ko et al. Seems to have almost the same content, and the only difference is that the only difference is that each name is different. As for the case of voluntary parting, Mr. Cot thinks that KitSplit has been dealing with automatic scripts.

Certainly, Mr. Ko admits that if you read the terms of use firmly in advance, you may have noticed that KitSplit will not compensate for voluntary parting. However, the photographic equipment rental service that competes with KitSplit

On the other hand, KitSplit has written on many pages that even in the case of voluntary parting, 'I will do my best to recover your gadget,' Ko points out that it is very difficult to understand that it will not be compensated in practice. Also, according to the survey, it turned out that there are other users of KitSplit who have suffered similar damage in addition to Ko and Jane, and at least on KitSplit, it is a problem that frequent parting often occurs. 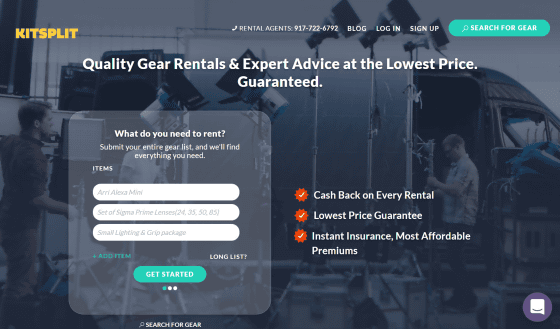