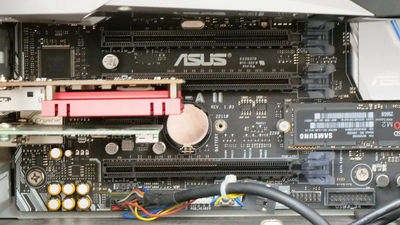 Following the completion of the development of 'PCI Express 5.0', PCI-SIG, which is conducting information exchange and specification of PCI standards, announced ' PCI Express 6.0 ' (PCIe 6.0), which is the next generation standard. Did. PCIe 6.0 has doubled its bandwidth and increased transfer speed while maintaining backward compatibility following PCIe 5.0, and is scheduled for completion in 2021. This was clarified in '

This is a graph of the evolution of bandwidth since 1992. Thin blue is a baseline that doubles the figure every three years based on the PCI standard '0.13 GB / s' of 1992. Dark blue indicates the performance of the actual PCI standard, which supports PCIe 1.0 to x16 lanes. 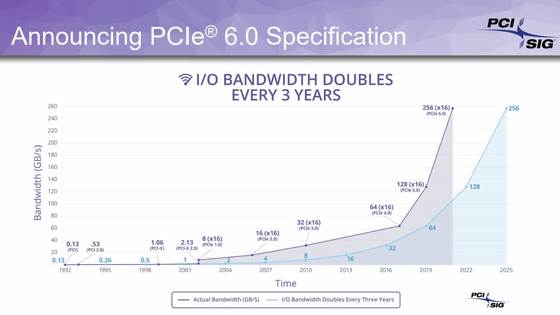 According to the PCI-SIG, hardware vendors are seeking more bandwidth, so the standard is moving ahead to speed it up. The PCIe 6.0 standard is expected to be completed in 2021.