Producer Eiji Aonuma talks about the sequel to 'The Legend of Zelda: Breath of the Wild' 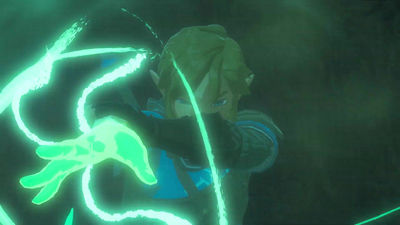 The sequel development of “The Legend of Zelda: Breath of the Wild ” released as the launch title of Nintendo Switch has been announced . Reporter Jason Schreier of overseas game media and Kotaku interviews Eiji Aonuma, the producer of the legendary series of Zelda, and draws comments on the sequel and the latest 'The Legend of Zelda: A Dream Island '.

Breath Of The Wild Is Getting A Sequel Because The Team Had Too Many DLC Ideas (And Other Info From Zelda's Producer)
https://kotaku.com/breath-of-the-wild-is-getting-a-sequel-because-the-team-1835624233

Schreier interviewed Aonuma with an interpreter at the E3 Nintendo booth. In addition, Mr. Aonuma 'does not want to make completely the same as the original. I always want to introduce new elements. Even if you have played the original version, it is a fresh experience to play the remake version 'I want you to become', and clearly show that it is a belief to put in new elements not only to remake but also to enjoy fans of the original version.

In addition, “The idea of incorporating something that allows users to arrange something themselves in the game was discussed individually. I also thought of dungeon ideas, considering what I could do When I thought about arranging the dungeon, I felt it was a little difficult to create the dungeon completely from scratch, so I thought about 'What is the easy way for the player to arrange?' I came up with the idea of assembling panel dungeons to assemble dungeons like puzzles, 'he said, and also revealed the birth of' panel dungeons 'that combine the puzzles obtained in the game to create a dungeon. 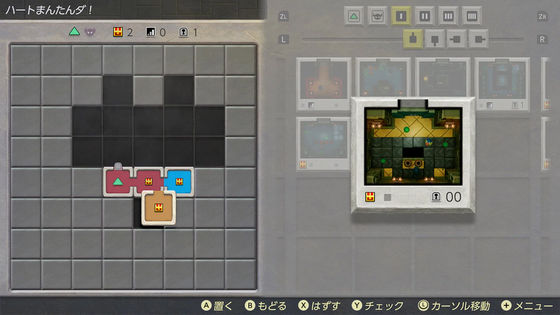 In addition, when panel dungeon is popular, when asked if there is a possibility that something like 'Zelda maker' will appear, 'I can not predict the future, but I will arrange the dungeon For those who love the idea, I will keep that idea in mind. '

Latest image of 'The Legend of Zelda: Dream Island' to be revived with Nintendo Switch released, released on September 20, 2019-GIGAZINE 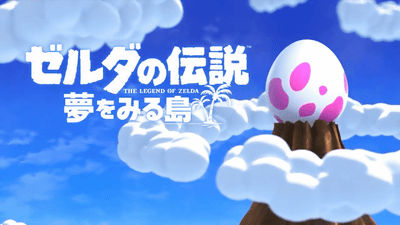 ◆ The Legend of Zelda: On the sequel to Breath of the Wild
Mr. Aonuma told Zelda's legendary Breath of the Wild in an interview in 2014 that he thought, 'I'm thinking about rebuilding the elements of Zelda's legendary puzzle and solving (solving mysteries).' In response, Schreier asked, 'What new innovation are you working on in the sequel?' Mr. Aonuma laughed and answered, 'I do not understand.'

Continuing, 'One of the things we learned from The Legend of Zelda: Breath of the Wild is that we focused on creating a dungeon with multiple solutions, and that a great title was completed. It's one idea we want to polish and use for future inspiration. ' 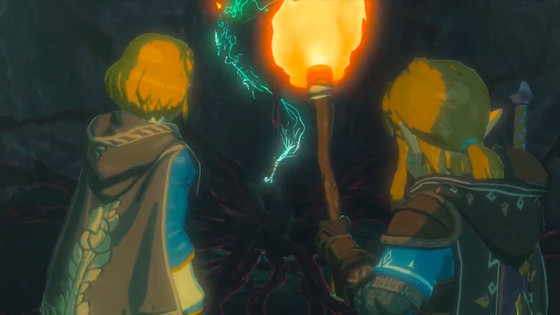 Also, as to why we decided to make the sequel, “When you released the Legend of Zelda Breath of the Wild DLC (download content), DLC is the best way to add more elements to the same world. Okay, but technically speaking, DLC is data, and we are adding data to existing titles, so if you want to make major changes, DLC is not enough That's why I thought it was appropriate to make a sequel, 'says Aonuma.

As for the question whether the sequel was originally planned as DLC, Mr. Aonuma 'At first I was thinking only of the idea of DLC, but there were many ideas. Therefore,' Too many Because I have an idea, I'm going to create one new game and start over again. ”

The sequel of 'The Legend of Zelda: Breath of the Wild' officially announced-GIGAZINE 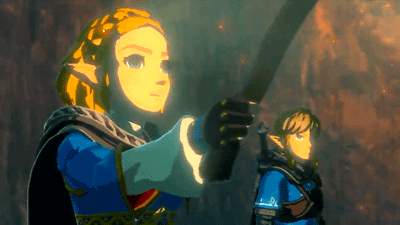