A beautiful girl made by AI darkens in SNS as a spy, even contacting government officials 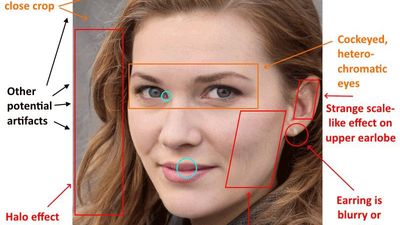 The image generation technology by AI is evolving at a rapid pace, and

real celebrity-like photographs that are actually synthesized by AI and images of people who do not exist in the world are published on the Internet. Meanwhile, it has become clear from reports that a fictitious account that used AI's synthesized face photo for the profile was trying to contact with a senior government official who was President Trump's preoccupation.

A spy reportedly used an AI-generated profile picture to connect with sources on LinkedIn-The Verge
https://www.theverge.com/2019/6/13/18677341/ai-generated-fake-faces-spy-linked-in-contacts-associated-press

According to the Associated Press, the profile of LinkedIn, who is a spy, is 'Katey Jones'. Along with the woman's face photo that gives the intellectual impression, a leading think tank Center for Strategic and International Studies (CSIS) and, it is an American one of the most prestigious universities University of Michigan career that Degree is shown. 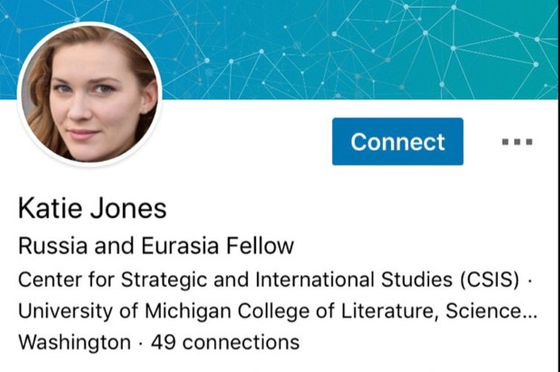 However, Mario Klingeman, an artist and an expert in AI technology, saw the face as a fake. Mr. Klingemann said that 'the background is unclear' 'unnatural spots on the background and eyes' 'pictorial touch hair' 'blinks and stains on the cheek' 'earrings as the basis for this face photograph being a fake. It is said that it has melted, 'it has a strange scaly pattern in the ear' and 'the shape of the eyes is distorted and the colors of the left and right eyes are different', ' hostile generation network (GAN) It is a typical feature of the face generated by).

It is only about the pattern of the ear and the earring that it is clearly understood that even the layman's eyes are obviously strange, but it is an extent that can be understood if you look closely, and it is natural enough to feel discomfort if it is posted in the SNS profile column as a whole. Looks like a funny face photo. 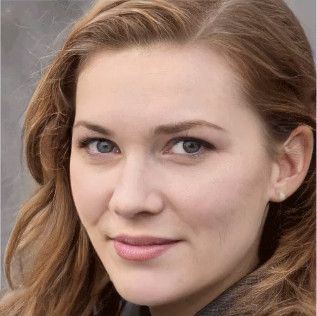 Mr. Jones' linkedin account has 52 'connections (friends in the general social network)', including Paul Win, who previously served as a domestic policy adviser under President Trump. Mr. Free and others were listed, but it is that 'Mr. Jones' deleted his account right after the AP communication attempted to contact.

The fake LinkedIn account was discovered when Kia Giles , a consultant at the Royal Institute of International Studies , a UK think tank, received a 'connection application' from a fake account.

Mr. Giles, who is also a leading security issue on Russia, is convinced that 'If CIS's career as a research fellow in Russia and the Eurasian region is genuine, then he can not know her.' It was said that there was. According to the Associated Press, a CSIS spokesman also denied the presence of the guy Katie Jones.

The US National Defense and Security Center (ONCIX) Secretary, William Ebanina, told the Associated Press that, 'If you send a real spy to the US, you can use the PC to apply for friends to 30,000 targets from Shanghai It is much more efficient to send, 'he said, saying that it is a common practice for American adversaries to use spying with fake SNS profiles.