Why research on six-fingered people may lead to a near-future cyborg? 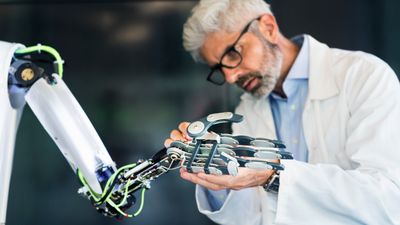 Polydactyly is a disease that is born with six or more fingers, as it is read. A paper stating that 'research on polydacty may lead to cyborgs such as near-future science fiction works' has been published in Nature Communications.

Breakthrough Investigation Of People With A Sixth Finger Has Implications For Infant Medicine And Cyborgs – Research Digest
https://digest.bps.org.uk/2019/06/12/breakthrough-investigation-of-people-with-a-sixth-finger-has-implications-for-infant-medicine-and-cyborgs/

A research team led by Professor Karsten Mailing of the University of Freiburg, Germany, conducted an experiment on the function of the sixth finger in two subjects with polydactyly. Two subjects this time were a 17-year-old boy and a 51-year-old mother, holding the 'sixth finger' between the thumb and forefinger. The probability of having a child with multiple fingers is 0.2%, and polydactyly is said to be hereditary.

After conducting experiments to get subjects to hold things, the sixth finger was able to hold an object like any other finger, and was used frequently with the thumb and forefinger. Also, when I asked the subject to play a game that uses a controller with six buttons, the five-fingered person scored with two hands, and the six-fingered subject achieved with only one hand. It seems that the subject's hand this time has rather high functions compared to the general five-fingered hand.

The image of the subject who is playing the game using the controller with six buttons is the following image. 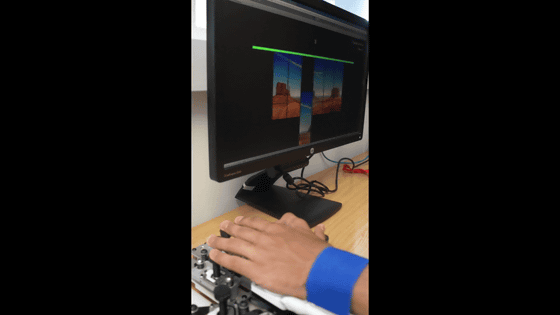 Therefore, as a result of conducting an MRI examination to the subject's hand, it turned out that the sixth finger has an independent ankle joint, nerve, and muscle.

Furthermore, when the movement of the subject's motor area was checked by MRI, it was found that the sixth finger also has a nerve function independent of other fingers in the brain. In other words, the subject's “sixth finger” is a finger that can perform the same function as five fingers, rather than a finger added later.

Characters with 'additional artificial limbs' appear in science fiction works depicting the near future, such as Spider Man 2 Doctor Octopus and Star Wars General Grievous . The research team says, 'It would be worthwhile to attach an artificial finger in addition to the usual five fingers,' and the subject developed the nerve of the sixth finger to the same level as the other fingers. The results of this survey suggest that even if you attach an 'additional limb' to the body like a cyborg, it may be integrated and controlled with existing body parts without movement disorders or sensory discomfort.